Can you believe it?

We left the Amistad National Park Rec Area (spur 406) this morning about 10 am after one more walk looking at the sheep.   A local farmer must have a grazing contract with the park to let his sheep come across the fenceline.  They took off running once they saw the dogs, so I am sure they are used to being chased!   Of course, our dogs are on leashes, but all it took was one sight of them to make these little woolies head for the hills, and the protection of their guard donkey. 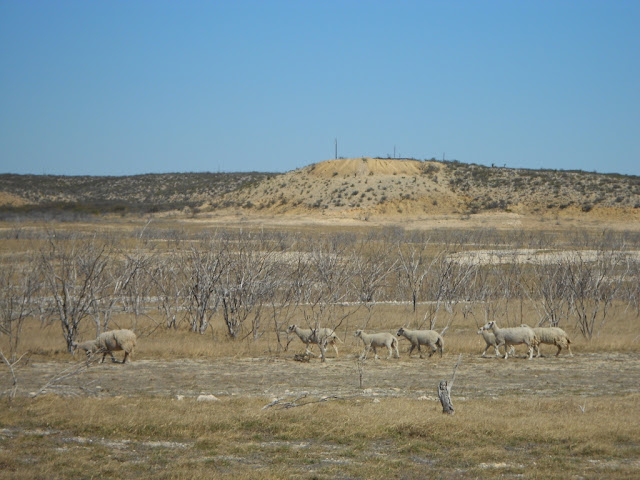 While at Amistand, we also met a couple from Australia who had their VW bug flown here to tour the USA in!  They started with a tent they said, but later added this device which is a roof rack that unfolds into a tent with an upper chamber for sleeping.  They said it was too cold on the ground, but we didn't ask how they heated the tent inside either. 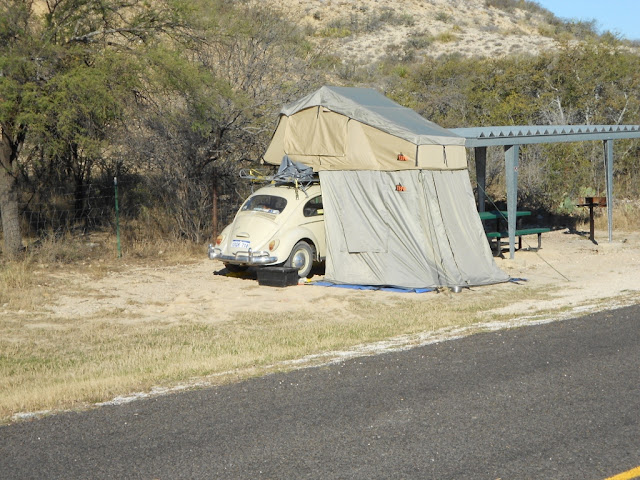 Shoutout here to Eric... we shared two grapefruits with them, and they were very grateful for fresh produce for a breakfast treat.   Steve had a lot to talk about with them, because when he was a teenager, his first car was a VW bug of this same year!

Finally we packed up and hooked on the Tracker.  I was not feeling quite up to snuff, so we settled on a shorter travel day to another recommended park just up the highway.

Half an hour later, we settled in at Seminole Canyon State Park.  It's a nice lovely park right near where the Pecos River joins the Rio Grande.  The canyons are spectacular and the desert view is great.  From our rustic site ($8 a night)  this is our view:

(playing with the panoramic setting on my tablet)


The park charges a per person fee of $3 each in addition to the camping fee, but they do not charge a vehicle admission fee, nor a higher price for out-of-state-ers... (Wisconsin State Parks do both)    So we didn't mind the per person fee, as it all evens out in the end, right?

We are in the primitive campsites without hookups, but there are sites with water and electric for a higher fee, but we are fine without them.   The only other camper in the whole loop was this neato rugged camping truck.  It was like a solid trailer on a big flat bed truck with high clearance for desert running.  Dualie wheels and extra on board propane tanks make it look rugged.  There were 2 solar panels on the roof and one of the top of the truck too. 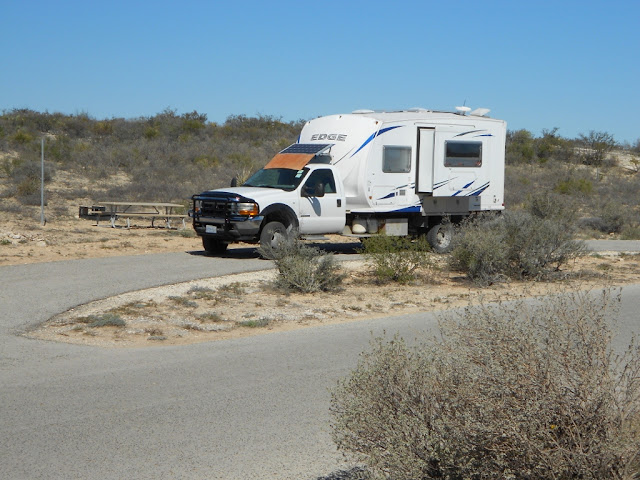 Within an hour, they packed up and left... so we were alone in our loop.

Like I said, I wasn't feeling well, so I laid on a lawn chair with a pair of binoculars while Steveio took a long walk down the canyon.  He met up with some other folks and a dog, and the rangers were going back and forth, so he was safe walking there.  We are close to the Rio Grande, but the opposite bank is 100 feet up.  I think if anyone wanted to cross from Mexico, they would choose an easier portage?  LOL

He took along my camera and took photos.... so these are his shots: 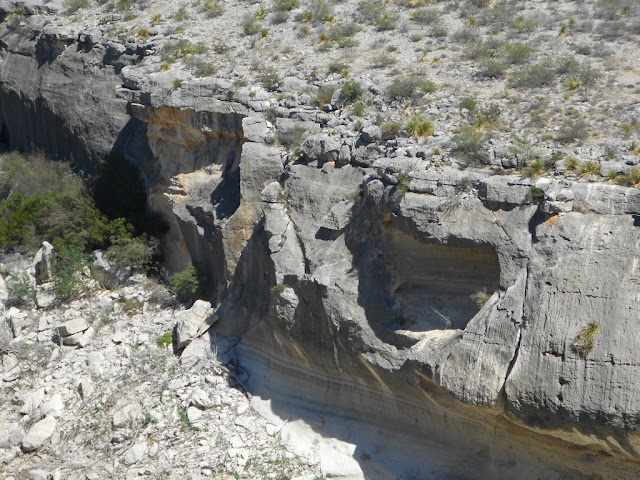 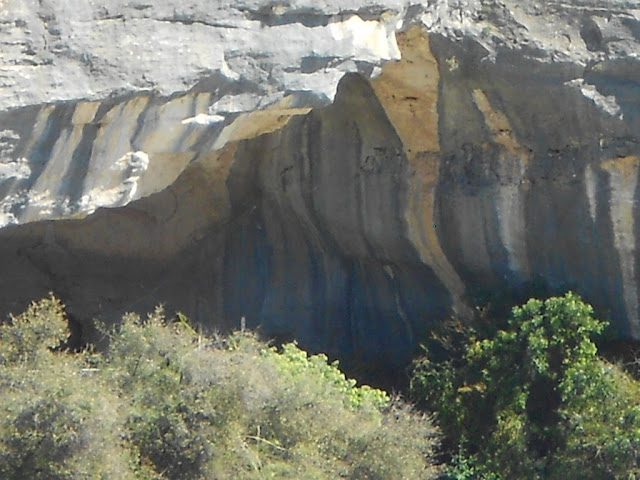 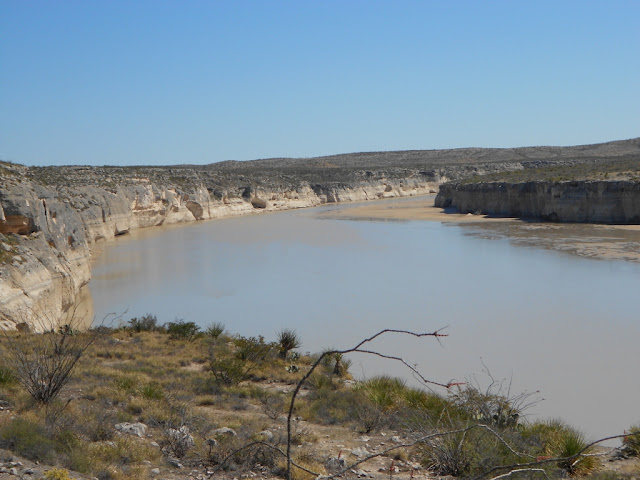 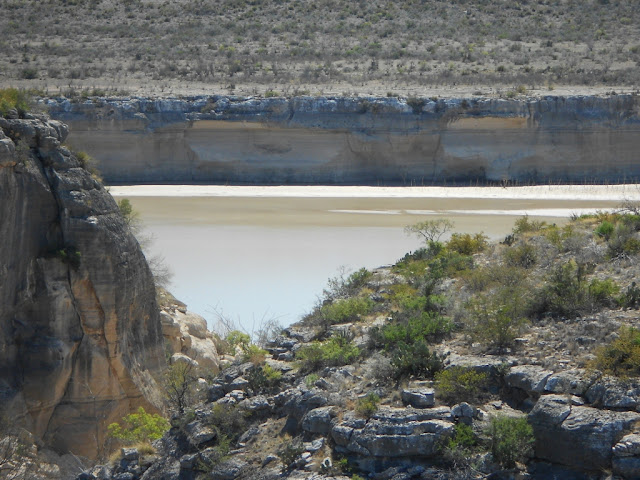 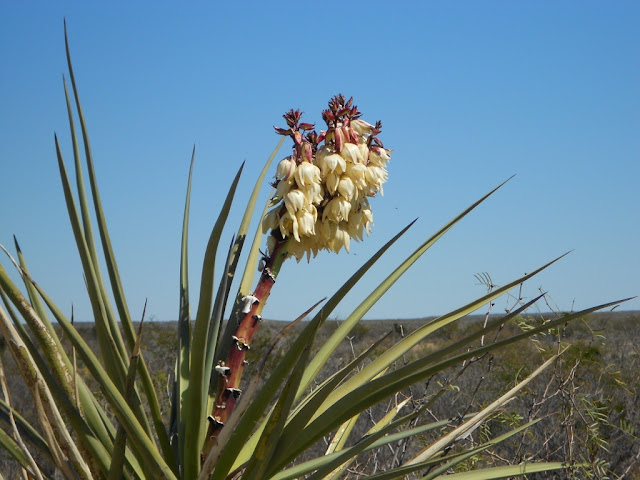 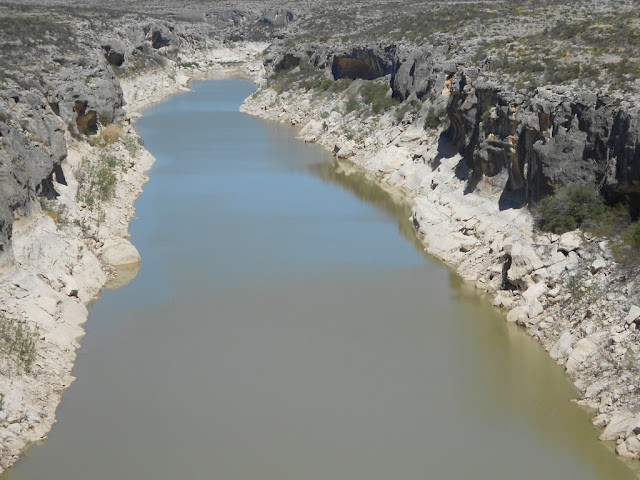 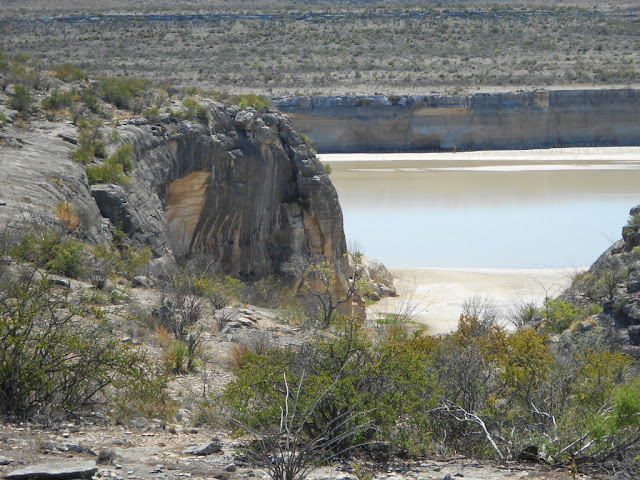 I think he did pretty good!

and here he is,
six miles later...
tuckered out 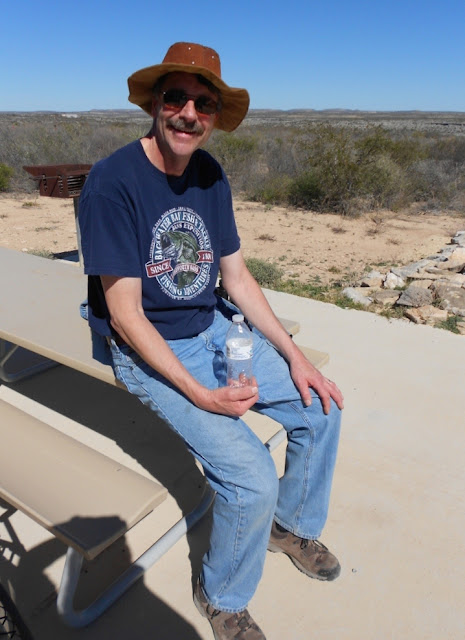 yes, he had water,
his bear spray,
his map,
his sunscreen
and
his hat!

I relaxed in my lawn chair for a while, and then went online for a bit.  There is free wifi in this park, so we don't have to worry about our tablet router signal jumping to a mexican tower again.

I played lazy bones for the afternoon, and skipped lunch to snooze a bit. Not sure what is blooming, but both Steve and I have been sneezing a lot.   It wasn't my flowers in the rig... these have been going strong since delivered in the snow and cold of Wisconsin for Valentine's Day over two weeks ago!   I hauled them out to the motorhome on the 20th when we left Wisconsin. So again they got slogged out through 3 below zero weather to get put in the motorhome sink for travelling.  At each stop, I take them out and set them on the table.   Today may be their last useful day, as I think the dry desert air is taking it's toll...... 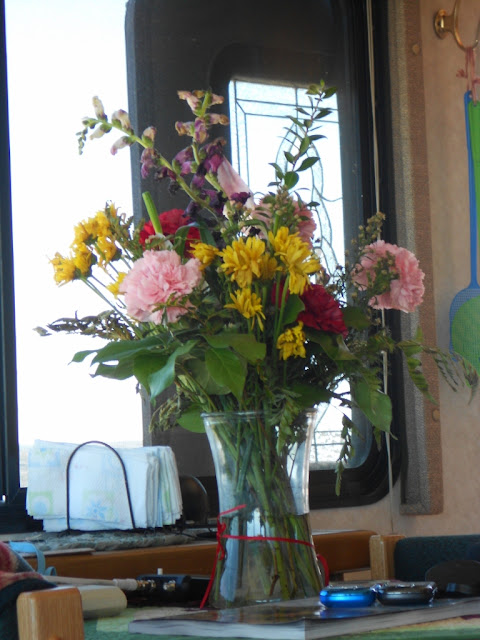 We grilled up some good tenderloin steaks from that little meat market in Wausau (we are down to 4 steaks left in our freezer Paula!)  and I added some veggies, wine and soft music.  Ahhhh another elegant dinner in the desert! 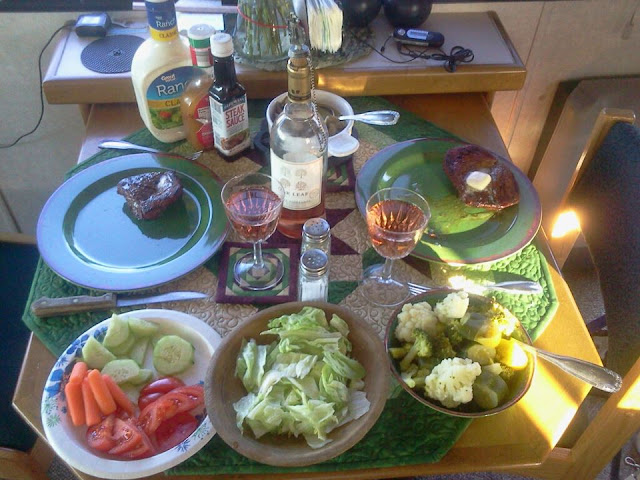 Afterwards we took a nice long walk... first with the dogs, and dropped them back off at the motorhome to rest.  Then just Steve and I walked around the campgrounds and for a bit on a nature trail.  It was nice, but I am still not up to snuff, so we came back and took it easy for the evening.  Not sure if we are staying here another day yet, or heading towards Big Bend?  We will see... plans made in JELLO!


And a special heartfelt condolences to our friends Sharon and Fred.  They lost her father today... and we are feeling so sad for them.  It has been a long long struggle with cancer and he is finally at peace.

Posted by KarenInTheWoods at 9:43 PM