This is blog number 6 in a series of motorhome modifications….  If you wish, go back to start with A if this is the first time you are checking in.
I realized when I looked in my photo files, that a lot of pics start with Steve’s….   so these are not really in alphabetical order so to speak.. but in order by the file name.

This is a project in the making….  We decided we are going to carry a spare tire on the front of the motorhome.  Steve carefully measured and made up this bracket that bolts right to the frame on the front inside the fiberglass cap.  Next step is to mount it and then cut the access hole through the bumper.  Then he will slide in the support bar for the tire. 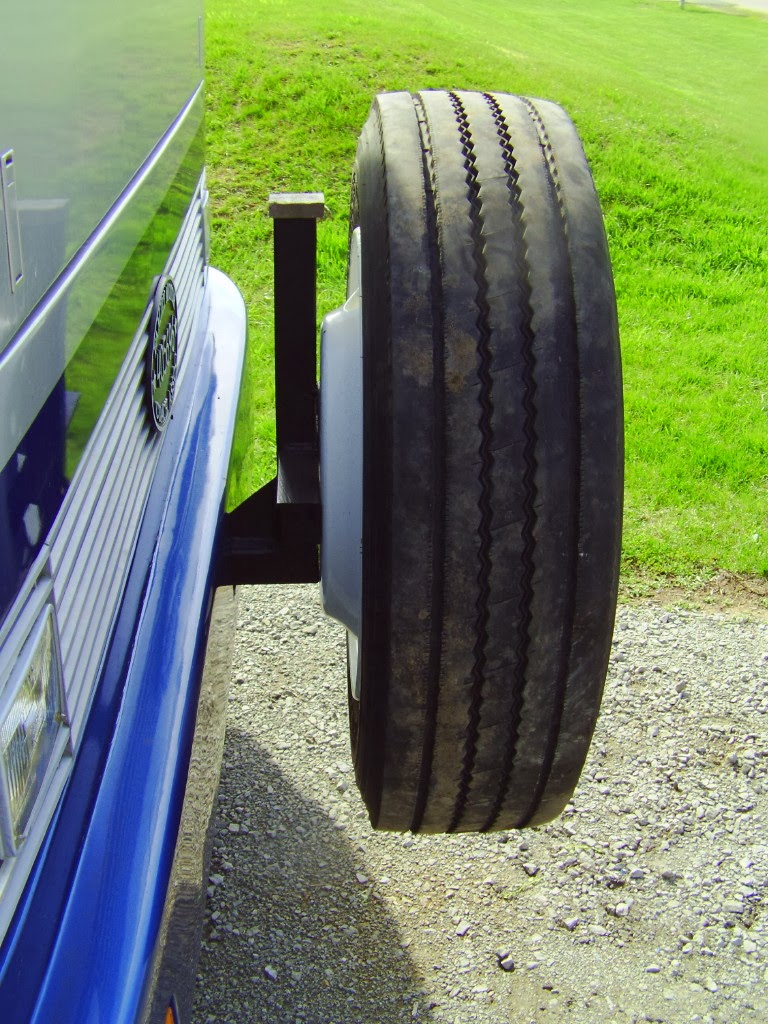 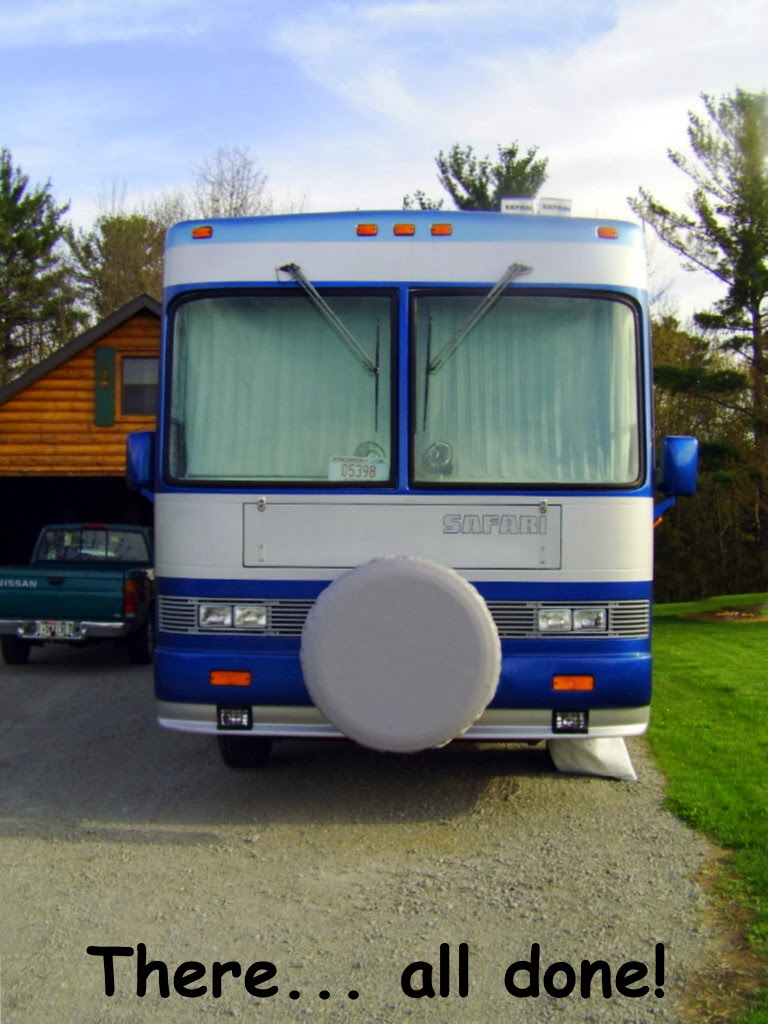 It’s so easy to shop for Steveio for holidays and birthdays …. any time I see him looking at something for the motorhome, I make a mental note and then try to buy it before he does!   LOL    This heater is very quiet and kinda cute.  Nice to warm up the bathroom before taking a shower if we are on hookups.  Stows either in that little space between the shower and sink, or stick it upright in the closet between hanging clothes and you don’t even realize it is there.  This next one he was too quick on.. and he got it before any holiday!

Ok.. now he saw this gas grill on a special sale from RVToyOutlet on a special offer from reading the RV travel bookstore newsletter.   It was normally $69 and on sale for $19 plus shipping.   He likes THIS one now the best, though I have bought him a big home propane grill, a Coleman Road Trip Grill, and the Coleman Party Grill.    He sets the whole grill right into a storage tote that sets in our basement compartment.
Here are the links:
http://www.rvtoyoutlet.com/
http://rvtravel.com/RVnewsletter/


STEVEIOS NEW TOOL BOX:
Now THIS gift I had really goofed up on.  I bought him a very nice tool box for the rig, but he didn’t like it.  It had a flip up top lid that was inaccessible unless he put it on a slideout tray.  No good.  He said the drawers weren't deep enough and putting a box so close to the opening would waste space behind it.  Made sense.   So he returned the one I got and made his own!  What a guy, I tell ya!   $5 at an auction and he was a Happy Man!

Our surge tank was leaking at a few tiny spots, so we found an exact replacement from a local truck place.  It is a Ford part, go figger!   But it was explained to us that when Cat ships the engines to the chassis maker, the surge tank is not a part of the system.   So Safari (with their own chassis company called Magnum)  had decided to use a readily available Ford part for on the diesel cat motorhome.   I took these good pics for the guys on the Safari list, so thought I would pop it on here too.

Okay.. that’s it for the  letter S….. stay tuned for the rest of the alphabet to come!
Posted by KarenInTheWoods at 12:41 PM