Okay.. this is the third blog post in a series of all the little changes we made to our motorhome over the last three years.

We found these nice acrylic hooks at Walmart, for under $4.  They can be hung inside or outside the shower doors for hanging extra clothes, keeping a towel within easy reach right from the shower door, or hanging wet jackets and umbrellas inside the shower to drip dry….  Can be taken off and stuffed in a drawer if you want them outta site.  Pretty strong too and match with any color scheme. 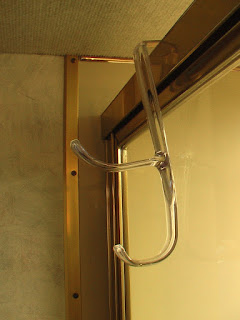 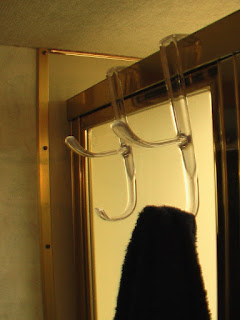 
We invested in a tire pressure system for our rig.  Six sensors and the main unit were from Camping World on sale.  Just saw them on sale again today for $309 with Pres. Club discount.  We had one sensor bulge up funny, called Hopkins and they replaced it fast.  They sent it to me UPS and included a label to ship back the old one.  Works good again. 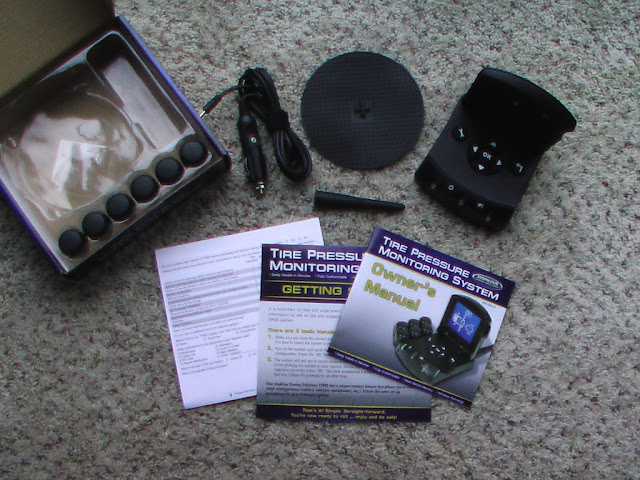 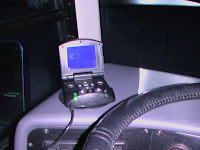 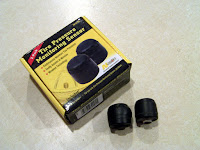 This is one of our BEST mods we made… of course, when boondocking, we know that leaving the inverter on all night drains power.  So we can twist the dial to a couple hours, and pre-flick the switch to off.  Once the timer clicks down to OFF, the inverter goes off too!   Easy Peasy!    The timer is the kind used at hotels for saunas or jacuzzis. 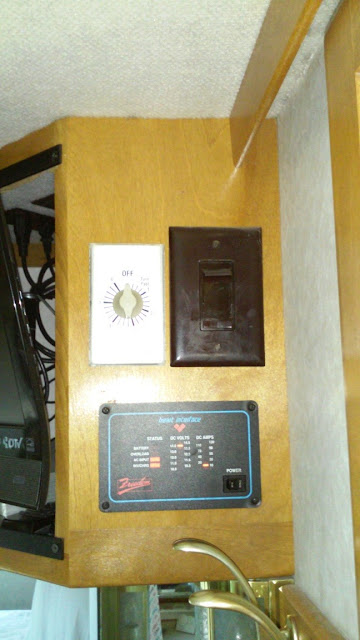 Even though our rig has 8 lovely drawers in the kitchen, there was Dumb Design Flaw of the ability to put in a ninth drawer or leave it blank.  Safari chose to leave it blank.   We chose to make a drawer!   Just had to make the box portion a bit narrower on one side: 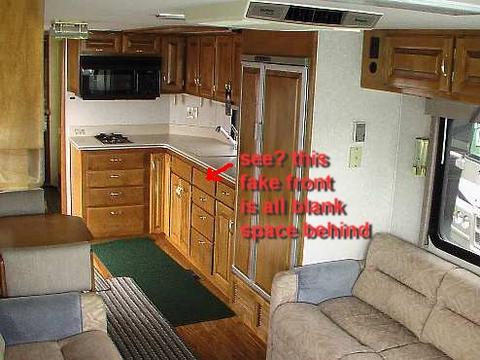 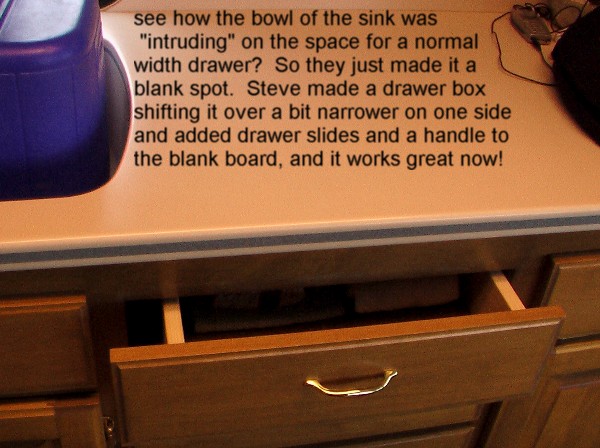 We robbed a matching handle from the cabinet beside the bed, and put one that was similar but not exact.  Nobody would ever see it next to the bed anyhow. 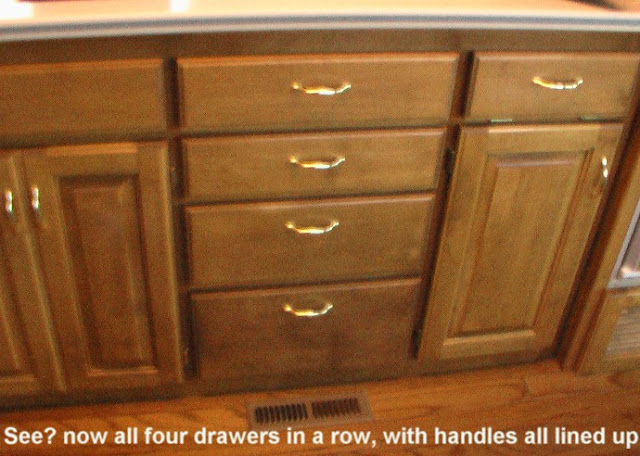 I have never had this many cabinets, drawers or counterspace in any camper or motorhome we had previously owned.  I am SO SPOILED with this kitchen!

Our friends, Rich and Mary had a collapsible ladder for their motorhome  and Steveio was drooling over it.   So Santa brought one for him too! 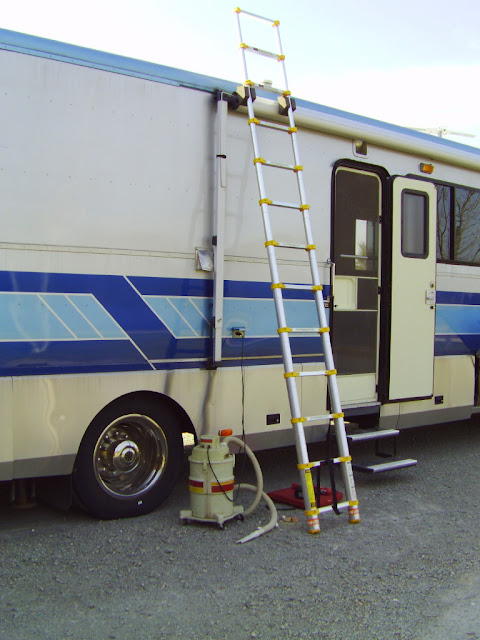 Reaches all the way up to the roof, as our rig does not have a built-in ladder on the back.

These are foam blocks that are made to haul a canoe on  the roof of a car or truck.  But Steveio figured out that they would clamp on the sides of the ladder.  Not only do they protect the painted edge of the roof or the awning (like in this photo) ..the foam surface also grips to prevent the ladder from sliding or slipping sideways! 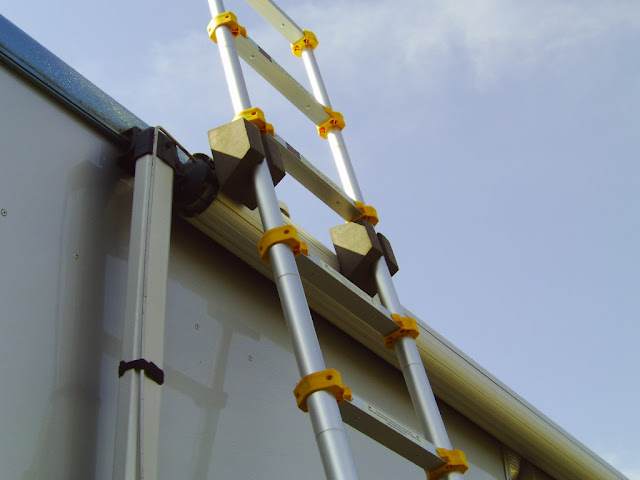 LITTLE SPEAKERS FOR MY MP3 PLAYER:


Another energy saving feature.  Instead of wasting power running the big stereo system, I have all my CD’s on a little cheap MP3 player.  The player itself runs off one AAA battery.  So when it wears down, I can just pop in a new battery and not have to have power to plug it in to charge it up like an Ipod does.   Then the little speakers also run off that same little battery from the MP3 player.   I can play about 5 or 6 hours with one cheap AAA battery.  I can take it outside and set on the table, or bring into the bedroom and set on the bedside table.  Of course I can use it with headphones too. 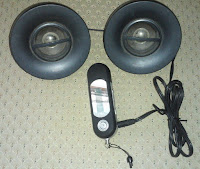 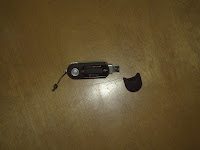 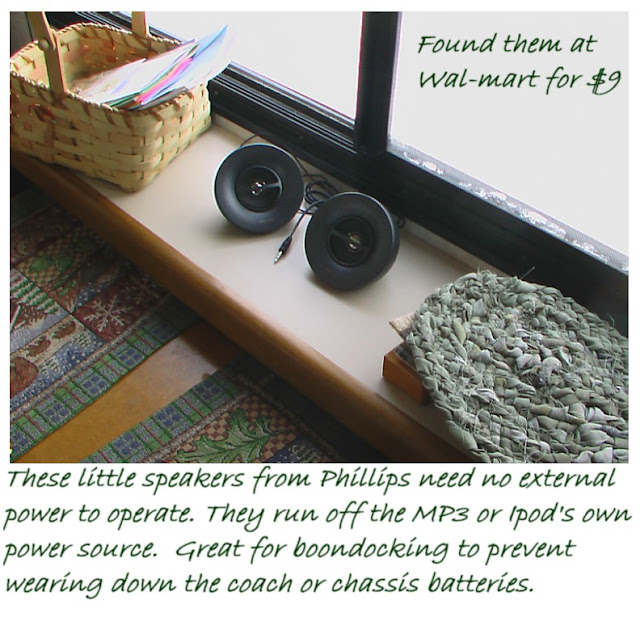 LOUVERECTOMY:
This is a common modification among the Safari owners of this vintage.  It really helps to increase the air flow around the engine compartment. 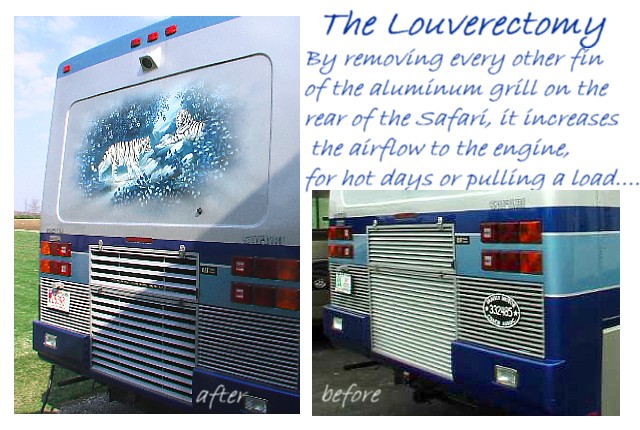 Well.. that’s it for the mods up to L… stay tuned for the M’s .. we have muffler replacement, Mr Buddy heater hookup, and then on New Batteries!
Posted by KarenInTheWoods at 10:33 PM