Ahhhh  it's naptime now so I have a bit of time here to write up a second blog and catch up about yesterday, Monday. 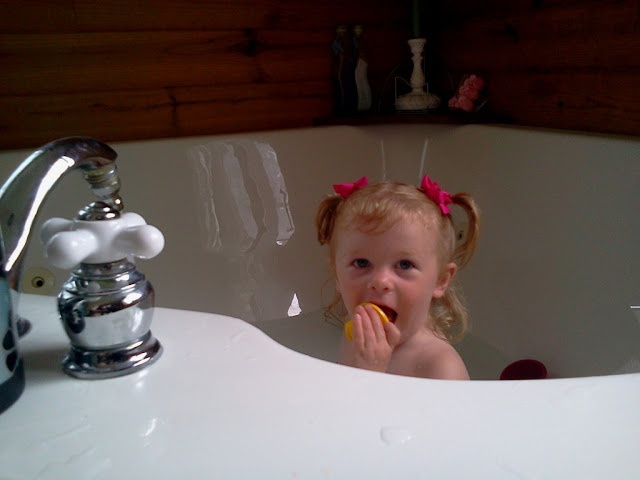 See, today it's "Grandmuddah to the Rescue" and I have little Chelsea bug here today.  She was having ummm *diaper problems* at the daycare, so her mommy called me to go get her.  After a good soak in the tub, some pedialyte and story time, she is now fast asleep here in the cool basement guestroom.

and Granmuddah has some extra blogging time!

Dee and Jim decided it was a hot icky muggy Monday... time to wash up their rig!  So they hauled out some ladders, buckets, brushes and rags and set to it.  Jim started with the roof (wearing some good gripping shoes for safety)  while Dee and I washed on the sides. 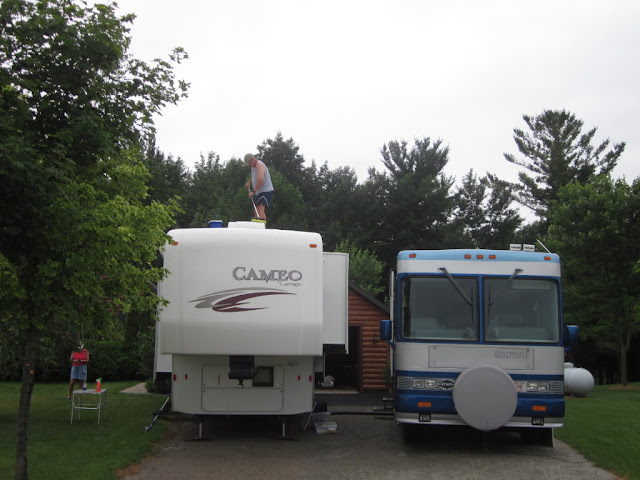 Scrub a dub dub!   Once all the hard parts were done, then Jim took Bounce dryer sheets and scrubbed on the dead bugs splattered across the whole front end.  Yes, it works amazingly well, and is the best hint ever for removing stubborn dried on bugs that are soooo hard to remove. 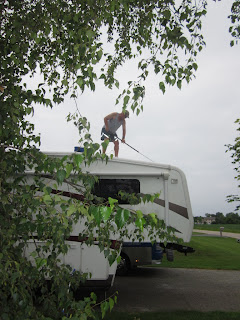 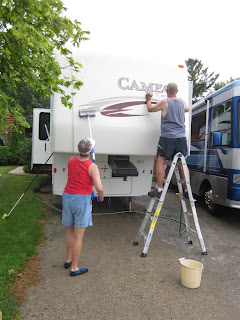 Now all they have left to do is the windows...  after putting away all the buckets and ladders and stuff, it was time for a bit of a rest--- the humidity was up there, but the temps were cooler than predicted.

So we called back to Sharon and Fred, fellow RVer buddies of ours to come on over for supper, just one day later than we had originally invited them. 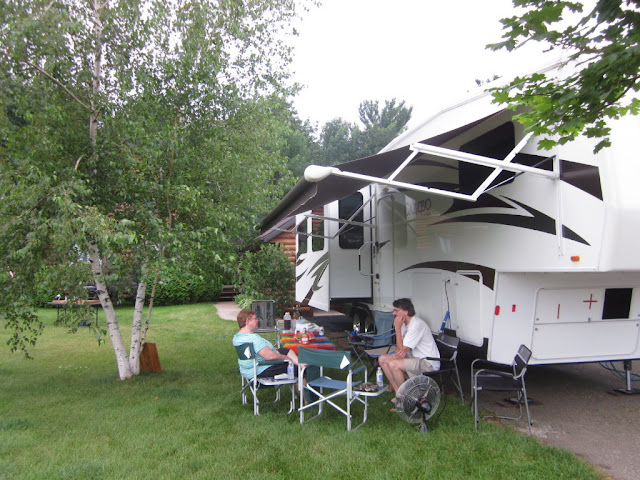 Jim and Fred talked hitches, rigs and trucks.  Sadly, Sharon and Fred had a horrible mishap with their own fifth wheel and truck and hitch, which they lost their fiver on the highway.  Totalled.  Luckily both are fine, as well as their canine buddy, Brandie.   So now Fred is feeling his way to getting back in the saddle again and Sharon is feeling the urge to hit the road again, too. 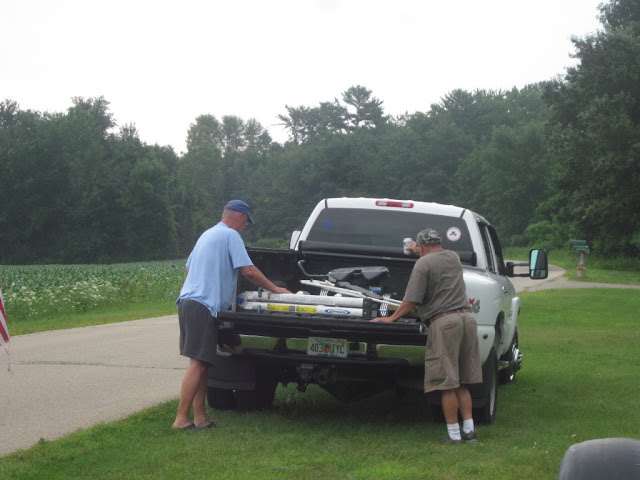 We set up and visited under Jim and Dee's awning,
while Steveio manned the grills with slabs of wild Alaskan salmon.
Sharon brought some massive baker potatoes and Dee made up a garden salad. 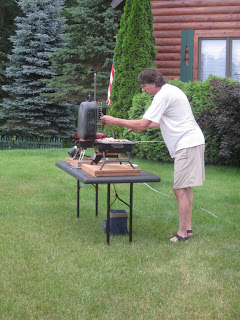 It was hot, but not as bad as the day before.
Steveio even took out a house fan to blow at the table to cool us off.
I used my Mexican Tablecloth for the bright colors...
Sharon added a watermelon and later some homemade strawberry shortcake!  Yummmmmmm 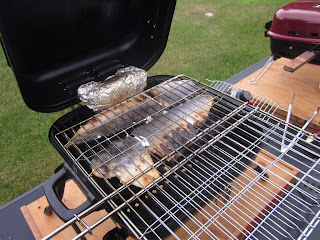 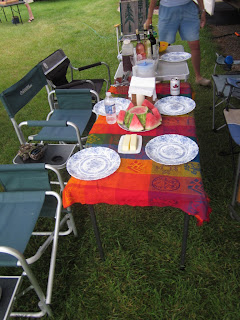 A few bottles of wine, some good stories, and Fred recreating their accident using his knife and fork... oh well, it was much scarier with visual aides!  LOL 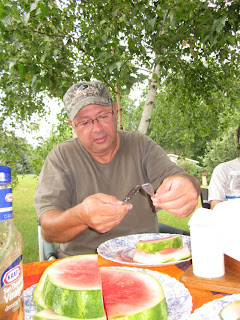 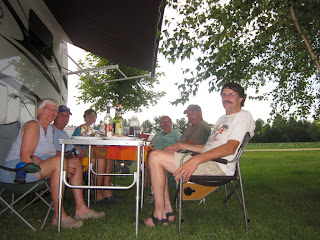 It was a wonderful evening, the guys got to do all their guy talk, we women stayed close to the fan and thermocells (the skeeters were ATROCIOUS!)  and we really didn't want the evening to end.  Sigh.  It was almost like sitting around a campfire with a bunch of good RVing people.


Back to the beedle bug Chelsea... she is still snoozing here, so maybe this Granmuddah needs a nap too?


Posted by KarenInTheWoods at 2:34 PM