My brotherinlaw, Michael (Fuzz) Andersen has been diagnosed with Stage 4 Bone Cancer of the jaw, lymph nodes and part of the tongue.  He underwent intensive surgery to remove the bone, and replace with a bone from his leg, .. he is now going for 6 weeks of radiation and chemo back down to Ann Arbor, MI.  They have to stay at a hotel for the duration and are dealing with the horrible piles of bills and expenses.  They have no insurance.
So everyone participated in a raffle held  by Linda's place of work, Stephanie her co-worker and Barb her boss, really did up a huge event, food was catered in by Ma's Cafe, Brenda, and plates were $8 each.  They had live entertainment, raffles, 50/50 and a silent auction.  We all chipped in items to be raffled off.....  We brought up a trunkful of sporting goods stuff, and some homemade wool socks.  Then the handwoven rug I donated brought in a wonderful bid of $1000.00  !! 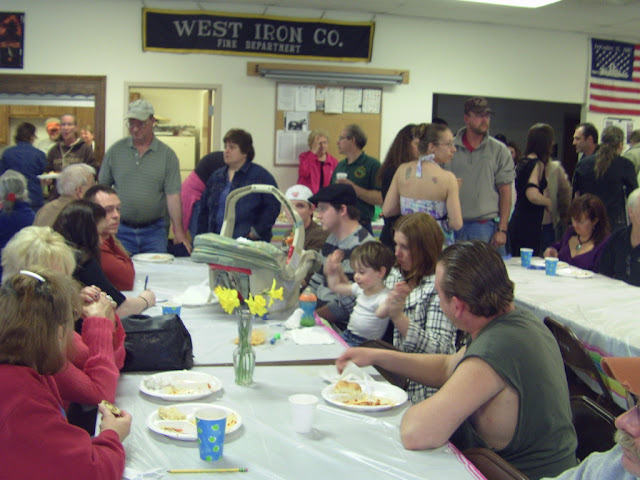 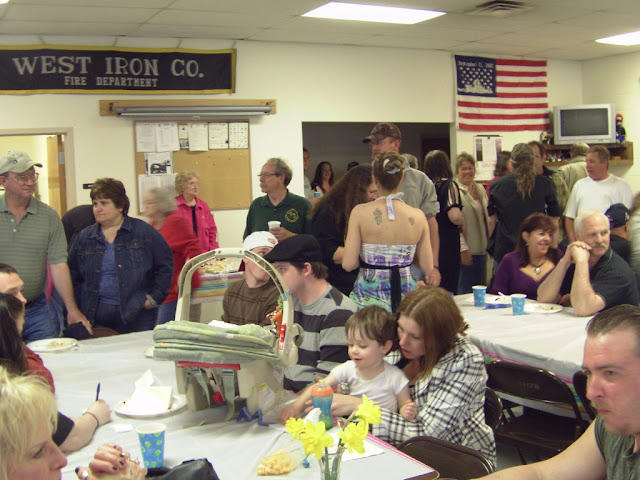 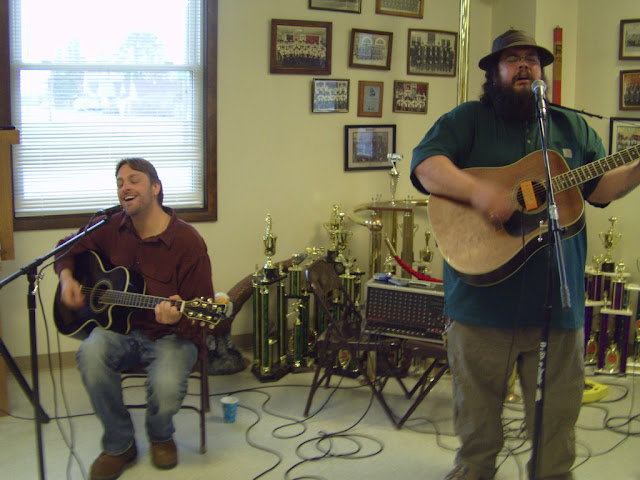 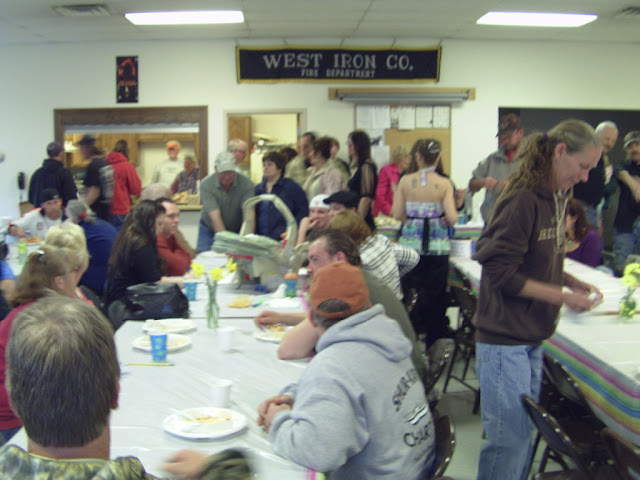 Me with my Sketti Boy!

Many tables of raffle items

great desserts made with love

our daugther Heather just put in another wad of tickets!

Jameson colored a picture for his Uncle Fuzz

The anonymous donor of 1,000 bucks for the rug was none other than Fuzz's own brother, Jim!

The event was held at the fire hall, so the kids got to go see the firetrucks at the end
(fluorescent lighting is hard on the focus of the camera)

Nephews Dar-Bear (Darren) and Matt-toot (Matt) being their own goofy selves....

Darren won this hat.. .but later gave it to niece Allison because she really really wanted it... how cute!

Posted by KarenInTheWoods at 11:15 AM