Friday was kinda held in limbo, as Mel had a medical situation to be addressed.  He needed to have a carotid artery rotor-rootered out ....  (errr sliced open and cleaned out with a pipecleaner, according to Steveio)   All came out fine and he is fit as a fiddle.

Saturday morning was dawning with sunshine and ewwww heat.  But at least we had clear skies to work on the roof without the threat of rain.

Steveio removed the old caulking and redid all of the seams with ProFlexRV by Geocel tripolymer nonhardening caulk. Great stuff for the thin seams on our rigs.  Then he taped off the sides for our painting task. 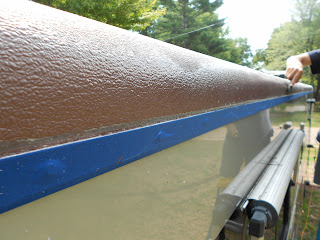 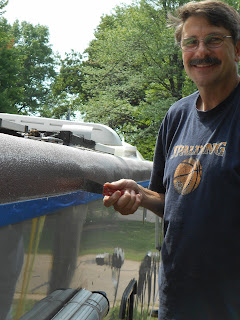 The Eternabond tape on the front and rear end cap seams was all settled nice and flat and sealed well.

In lieu of flowers or candy or balloons, I decided the best "Get Well" present for Mel would be to scrub his motorhome from top to bottom with car wash and our big soft brush.  I was just finishing up that job as Paula drove up with Mel, freshly released from the hospital! 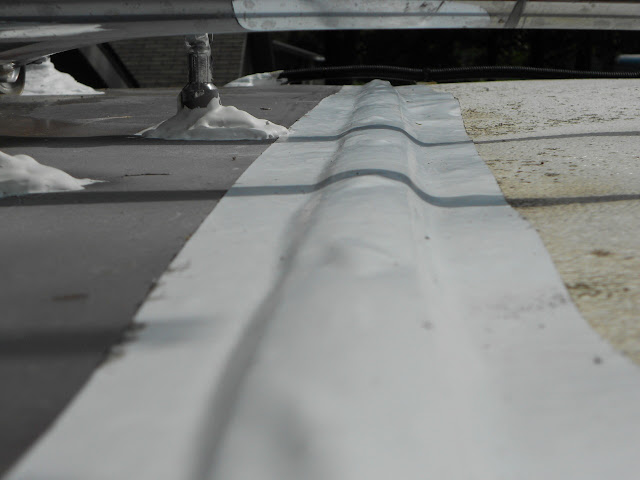 Now it was time for the fun stuff to begin!  We were prepped and ready to coat their motorhome roof with elastomeric paint.   From Menards it was the same stuff we used, called White Elastomeric Roof Coating by Seal Best, on sale for about $13. Normally $18.99 a bucket.  Beware... it's only a .9 gallon!  Since when did they start making .9 gallon buckets of paint????   hmmmmmmmm 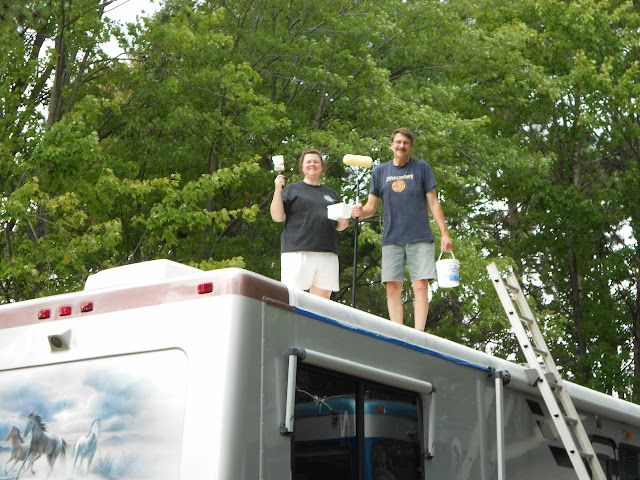 We rolled the first coat of the entire roof in about 20 minutes, with me cutting in around the areas with a brush, while Steveio manned the roller.    Mel supervised from below, while Paula kept the rice krispie bars a-coming!    And lots and lots of ice water!!! 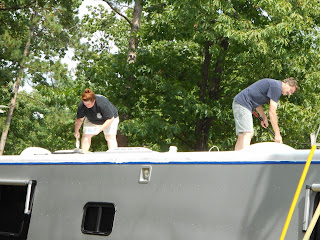 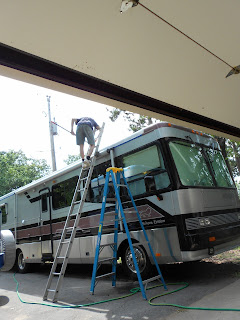 Steveio and Mel took a break while I decided I had enough fun for the day and hopped in a cool shower.  The temps were over 90 degrees, but with a nice breeze, it all dried very quickly. 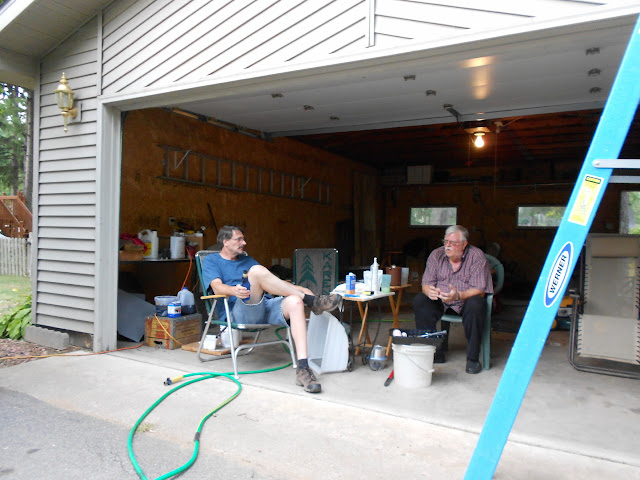 Steve rolled the second coat later on in the day, while we all supervised from below and told him where he missed spots... (Yah, right, like we could see it)

Once he was done, he set the ladder against Mels' garage, he hopped up there and snapped these photos from the vantage of the garage roof: 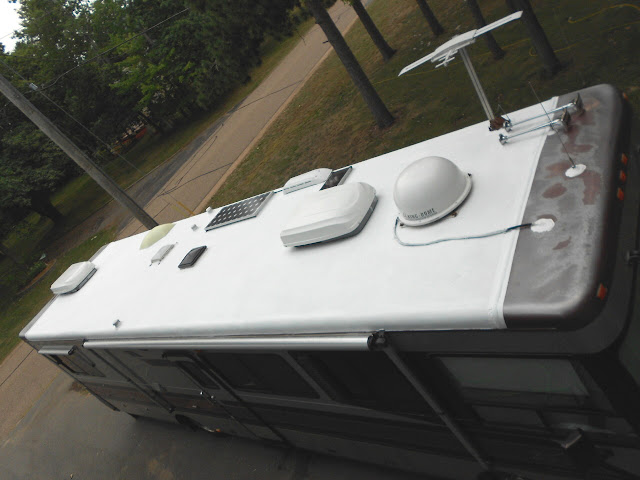 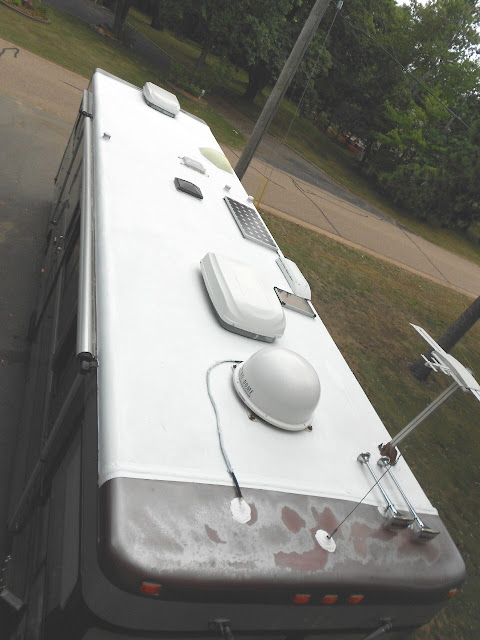 I am not so sure what they have on the schedule for tomorrow...
but I am sure it's gonna be some fun task! 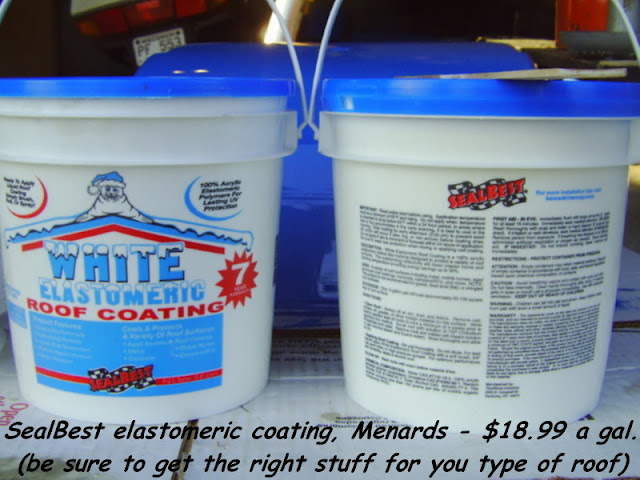 (added later----) They used up a full bucket, and half of another.  So that would be 1.35 gallons?   But today before we leave, Steve is gonna coat the "waterfall" sides area where the mauve paint came down to the first trim strip a third coat as you can see some brush marks.  Then he will roll the rest of the bucket across the top layer to use it up.   So really, two .9 gallons is all that is needed.
Posted by KarenInTheWoods at 8:48 PM