Today I have so much to tell, I am going to do it in two posts.   The first post today is about a fellow RV blogger we met last year, named Billy Bob.
Here is his blog:  http://billybobsplace.blogspot.com

He shared a special recipe and gave me permission to repost it, but ONLY if I bake it myself!

Go to Walmart and buy ya up a cheap $.97 yaller cake mix, or chocolate if'n you a chocolate lover. Surpreme is the bestest, but it gonna costs bout a dime more.

A can of that chocolate fudge frosting stuff...brand don't make no matter. It all tastes the same....but I go for name brand myself.

The way I do it. I put all that stuff in a big old stew pot. A big bowl will do the trick if'n ya ain't got no stew pot. Ya might wanna beat hell out them eggs before ya put 'em in the pot with the other stuff.
Then I mix the hell out all that stuff with a egg flipper thingy. Be extra gentile so's ya don't squish all them cherries into little pieces. Ya don't want that. Just steer it up so's every thing is mixed. A big spoon might work in place of the egg flipper.

Be warned, don't be puttin no water or other liquids in there or you gonna have youself a huge gooey mess what ya might as well throw in the dumpster an' start over.

Ya puts all that mixed up batter it in a greased up and floured big ol' rectangle cake pan, pop it in the oven, somewheres bout 350 degs, and walla, you be a bonified cake bak'r just like the old redneck Billy Bob.

I leave mine in the cake pan, all cover it up, so's the fly'n critters an' stuff like that don't get into it. Sadie Mae like cherry chocolate cake too.

Then ya lets it cool for bout 10 minutes fore ya put on gobs of that frosting stuff. Use the whole can...calories don't count. If ya wait too long put'n that frost'n on there, it ain't gonna run down the sides and into all the cracks an' stuff. It gotta still be a little bit warm.

Nothing left to do but jump in with a big ol' spoon or fork and eat em up!!!

I ain't boast'n or nuttin like that, but this is the bestest cake ya ever gonna  wrap yer lips around. And it cheap too. Maybe I make one today.

That was Billy Bob's recipe in his own wonderful words!  ...   So we ran to Walmart for the cake mix, just like Billy Bob said to.   And then Paula raided her cabinets for the cherries, and I had the frosting.  She added an egg to my two,  and we decided to bake one up for dessert yesterday. 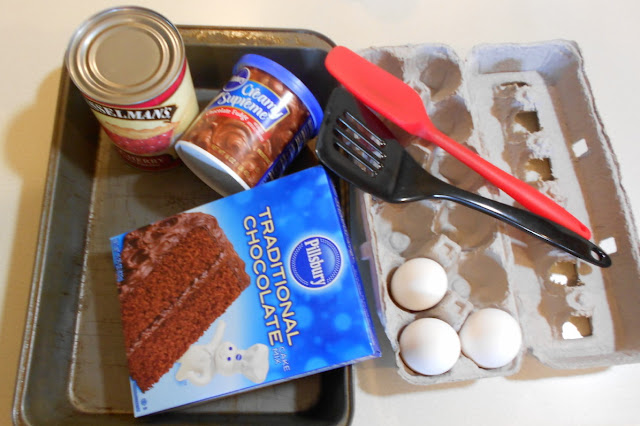 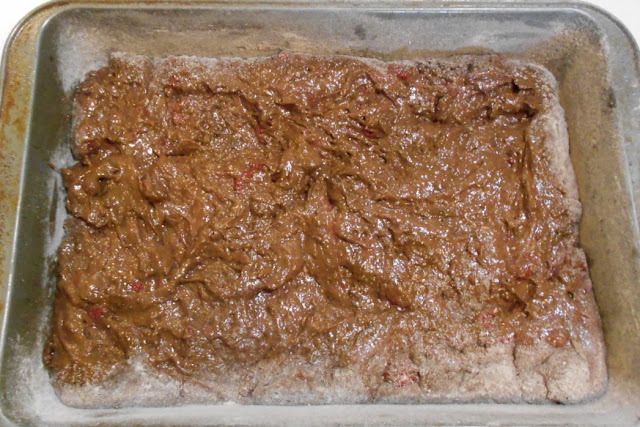 BAKED UP WONDERFULLY AT 350 AND SMELLED GREAT 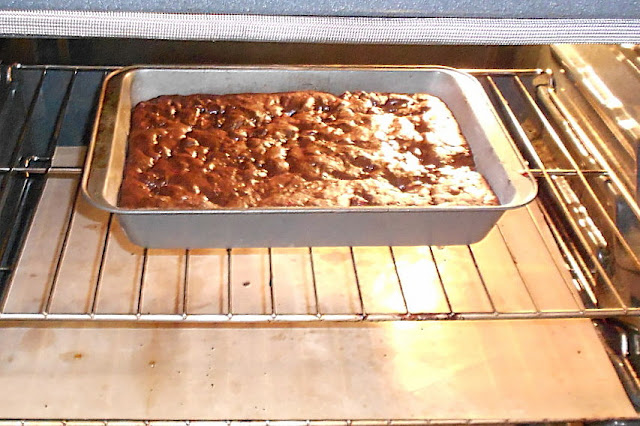 SPREAD ON THE FROSTING BEFORE IT WAS TOTALLY COOL 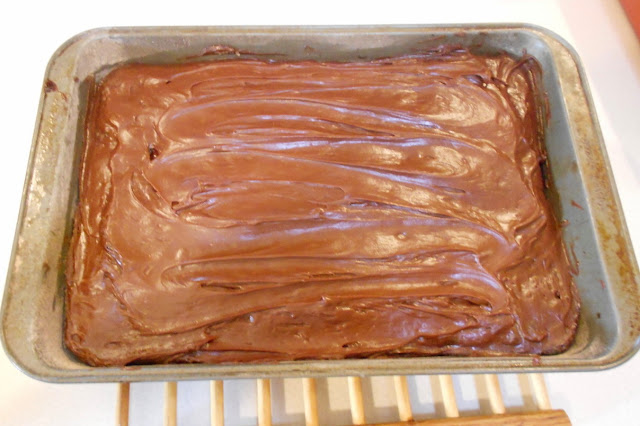 SCOOPED OUT CLEAN AND FIRM, BUT VERY MOIST
(see the bits of cherries in the cake?) 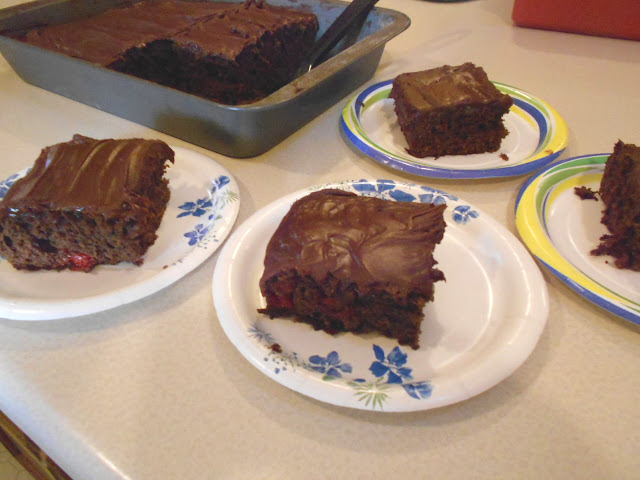 YUP, BILLY BOB, YOU GET A "THUMBS UP" ON THIS ONE! 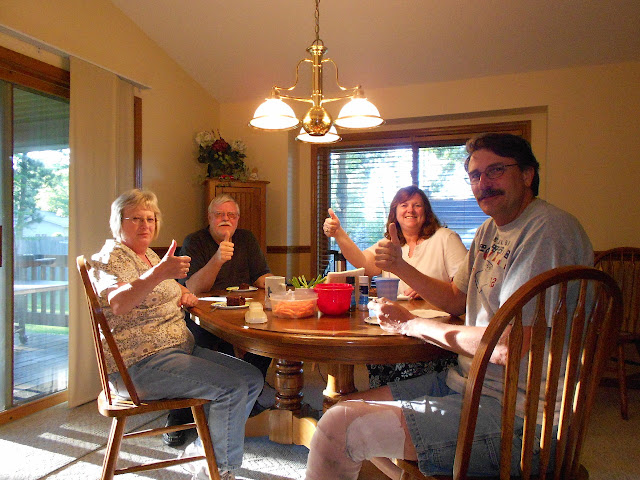 .
Posted by KarenInTheWoods at 9:06 AM