Update on Lowell for Wednesday

Here is the latest on my dad, Lowell.


Three cardiologists when over all the tests... there is some blockage in the heart, but they are not going to operate yet at this time..  I guess from what mom said he still has some *flow* so they are sending him home on drugs (3 different kinds plus nitro for his pocket)  and check him again in 4 weeks...

He will have a major overhaul on his diet and hope to keep his ticker ticking by careful monitoring and drugs and diet.
They said they are glad he came in now on his own, instead of on a stretcher after have a heart attack
They wanted to keep him in the hospital yet tonight to make sure he does not react to any of the drugs negatively, but instead they opted to keep him all afternoon and have him meet with the team of docs and the pharmacy staff to teach him about the drugs.  And then lecture him (teach him and mom) hahaha  on new diets and methods of cooking for low cholesterol and heart healthy stuff...   And once they are satisfied they are done with all that, they will let mom drive him home and make him rest tonight.
She said they did take a few walking laps around the halls together to get him up and around.
What a change this will be for them, as they do like their fried foods and desserts.  LOL
Mom said they appreciate all the prayers and good wishes... I copied and pasted a bunch to her in an email to show her all the kind support from everyone.
Thank you guys all so much!
He is the world to her and she would be so lost without him!  We love you so much, Lowell! 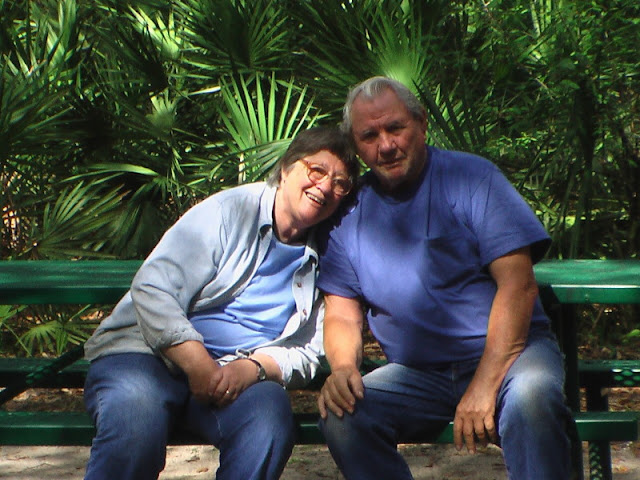 Posted by KarenInTheWoods at 6:40 PM