And all through the house are the scents of BAKING!!!!

Ahhh the house is smelling great!  I have two pumpkin pies baking, and an apple/cherry crisp, and then a newly invented pumpkin crisp because I had leftover pumpkin pie filling.  So I made up a recipe to use it up. LOL   The tree lights are on and Steveio is laughing at the tv.  The Grinch Whole Stole Christmas is on.  First the classic old cartoon, and now the Jim Carey one.  It adds to the ambiance, I guess?


So much illness has been in our family this year, but everyone seems to be on the mend, and things are looking up for the Pfundtner Clan.  (more on that the day AFTER Christmas)


I snapped a few pics in our yard this morning after the most recent snow.. this one is really interesting.. Check out the snow along the edge of the deck railing!   The big grey squirrels hop hop hopped along the railing at perfect intervals, and the snow softly formed into perfect waves! 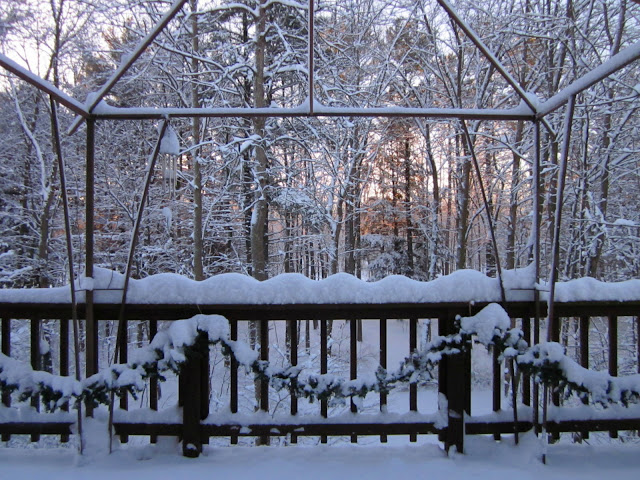 I guess Mother Nature does some pretty fancy decorating for the holidays, too! 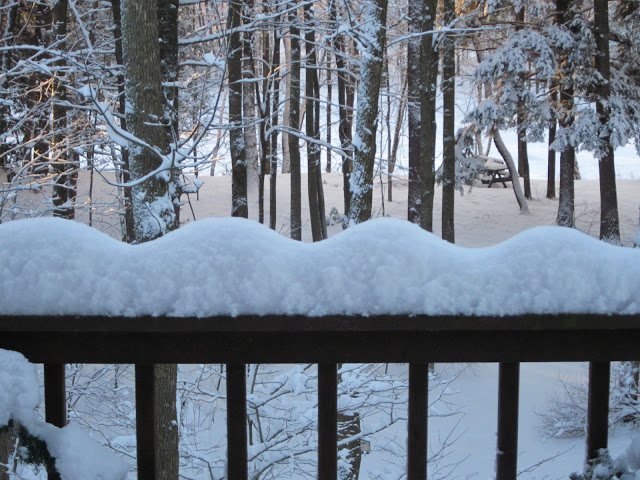 I hadn't filled this bird feeder with any seeds, so they didn't even bother to go check it for food.
The snow on that part of the railing is still smooth and straight. 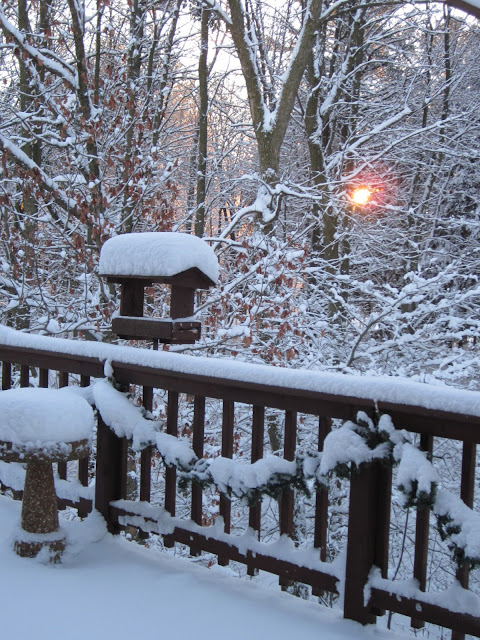 I snapped these pics around the yard during the first morning light.
The snow was piled up so high and light and fluffy on everything.
It was so calm with no winds, so it stayed mounded up on even the tiniest of tree branches. 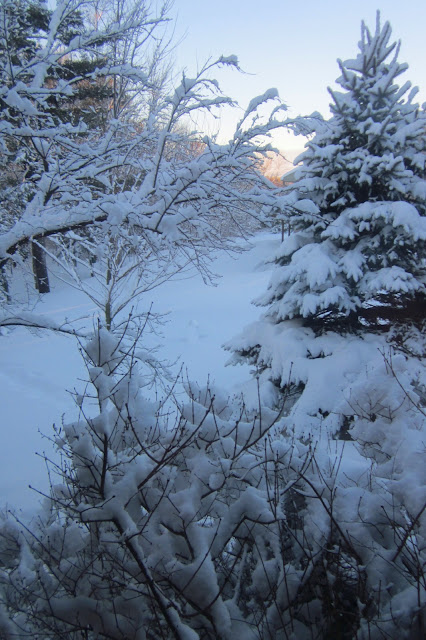 Remember those pretty birch trees where I took pictures of the grandkids in the fall?   Brrrrrr 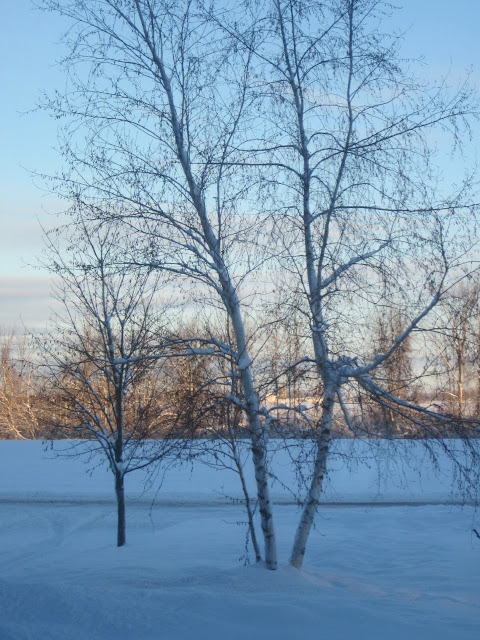 I was ready to run to Green Bay and happened to have the camera along,
so I snapped a pic of the house before I drove away... all covered in snow and looking so festive! 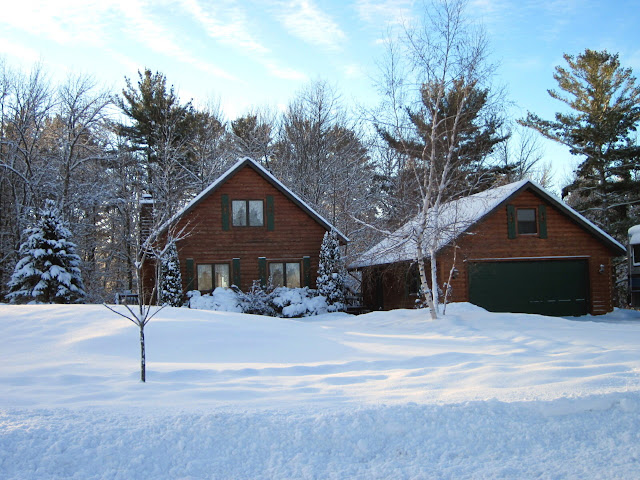 The plows had just gone through, and Steve had already snowblown the driveway that morning at 4:30am.  There were a couple of additional inches that fell since he left, you can see the car tracks in the driveway.
The poor motorhome is looking pretty sad and forlorn.  It needs to get out and exercise a day sometime soon, but perhaps when we have dry pavement roads so we don't get salt all over the undercarriage.  We take it out and run the generator too and go for a nice ride.  Then sometimes we grab some take-out food and eat it while sitting in the parking lot by the bay.... watching the ice fishermen come and go. 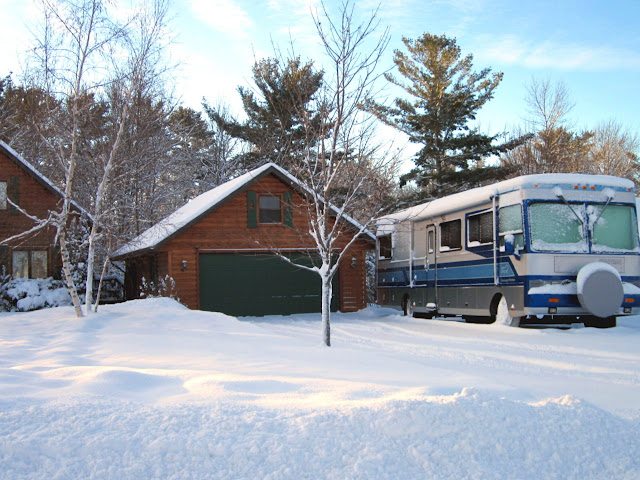 As I was heading down to Green Bay, I still had the camera laying on the seat.  So I grabbed a pic of this familiar site for Wisconsin... following a plow truck as it spreads back the banks, and sprinkles road salt all over from that tube on the left ... it goes PING PING PING on the car if you follow too closely.  LOL 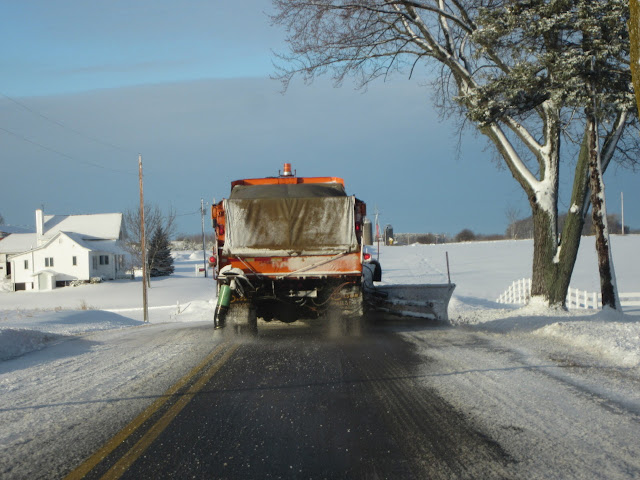 I got all of my errands run while in Green Bay.  Heather watched Chelsea for me so I could get them all done without hauling an 11 month old in and out and in and out of stores and post office and such places.
She got to play with her big cousin Jameson, so she was happy as a lark.  We both came home and took a nice nap.
Ahhh the pies are done now, time to get them out. 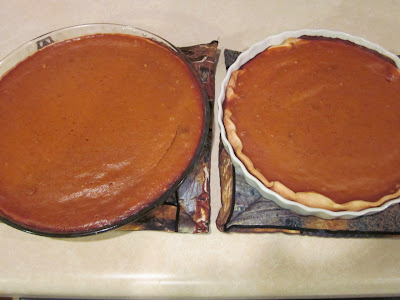 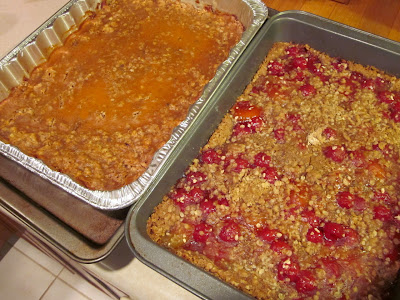 The presents are wrapped. The food is ready.
The family is healthy and we are going to have a great Christmas Holiday in Wisconsin.
MERRY
CHRISTMAS
TO EVERYONE
AND HAPPY NEW YEAR TOO!

Posted by KarenInTheWoods at 8:34 PM