All of our kids and grandkids had Thanksgiving celebrations with their spouse's families on the actual day, so we had our own gathering on Sunday here at our home.  It was a relaxed day, with us tossing in a bird into the roaster, whipping up some dishes, the kids each brought stuff to add to the meal and we were all set!

This is the first time I have done a bird in the separate Nesco type roaster on the counter.  It came out very juicy, but I still had to take it out and place it in the big oven for a while to get it *browned up* on the skin. I had pans of mashed potatoes with corn flakes, pans of stuffing and sweet potatoes and green bean casserole all in the big oven, so that is why we tried the Nesco for the turkey.  I think next year we will just do a few of the turkey breasts and not mess with the carcass, the skin, the wings and drumsticks...  all our family likes the white meat anyhow.  The breasts are much easier.  Sometimes I even toss one in the pressure cooker with some soup broth and it comes out wonderfully.   But I digress... back to the day:


Erin and Mark with little Chelsea had to come later, as Mark's grandmother had a gathering at her home too.  So they are in the later photos.

It was a Packer Sunday, we had the game on the tv, toys scattered all around the livingroom, and I was in my glory with all our family together under one roof!~  Here are some shots of the food set out in the kitchen.  We filled our plates and sat in front of the tv in true Packer Backer Fan style.   No fancy table settings or candlelit meals this time.  It was Game Day. 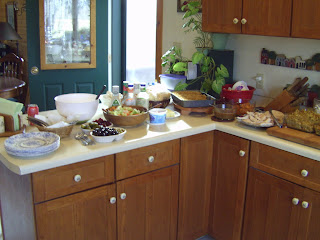 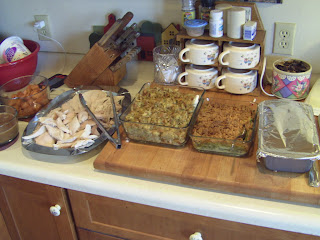 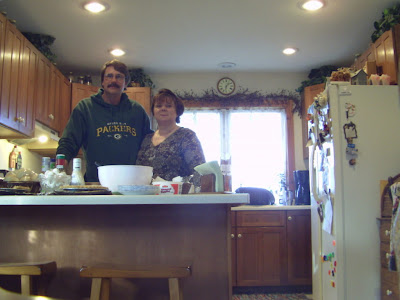 Steveio carving up the bird 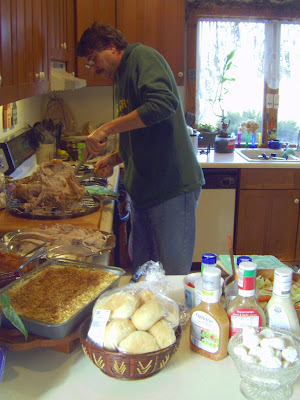 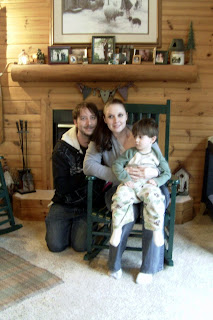 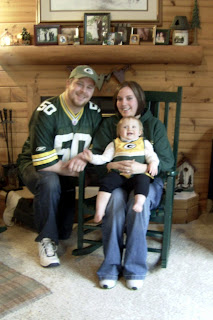 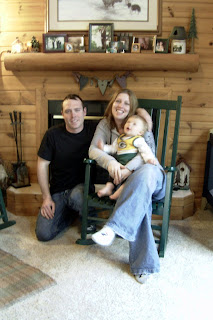 The kids had toys scattered all over the place...  some are old, old toys from my Grandmother Kafehl, which would be the grandkids Great Great Grandmother!  I know she was smiling down on them as they had played with the same toys we played with at her tiny house on Western Ave. in Cedarburg, WI. 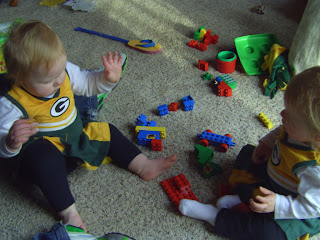 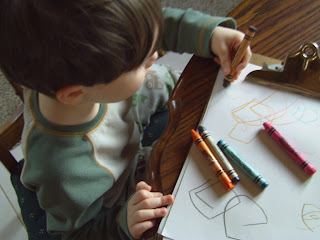 Jameson looking for the toys I put up out of the little ones reach,
and a shot of the livingroom in it's Natural State of Disorder when the grandkids are visiting. 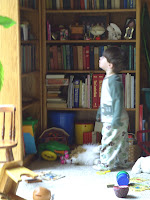 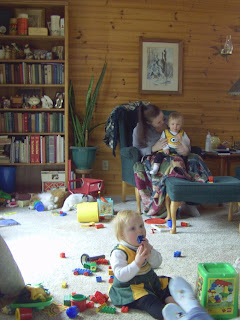 Being that it was a Packer Game Sunday, both girls had to wear their Packer Cheerleader outfits!
Jameson has outgrown his last Packer jersey, so he is going to ask Santa for another one. 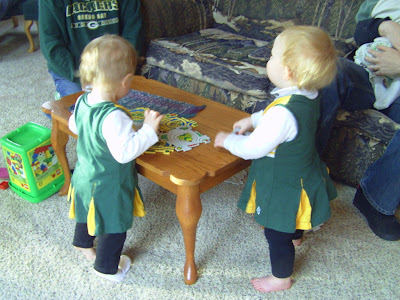 Those danged girls kept taking Jameson's toys, knocking his stuff over,
crawling over where he was playing or trying to steal his crayons.
So here he is in a reflective moment on the hearth,
taking some time away from them and seeking his own space.... awwwwwwww 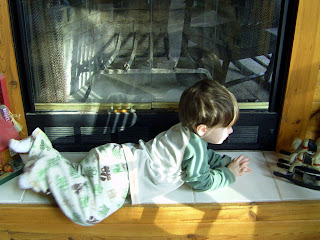 We had a wonderful day, even if the Packers lost in the end.
Heather and I took Allegra outside to snap a few quick pics of her at the base of my birch trees so I can have a set of all three kids for the wall.  Steve bought me this clump of tiny birch trees 10 years ago or so.  We planted them right out of the kitchen window.  Now they are the the three trunks of our Family Tree! 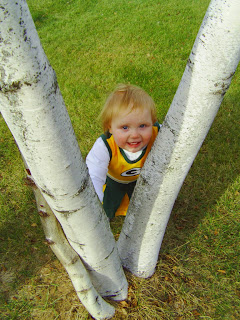 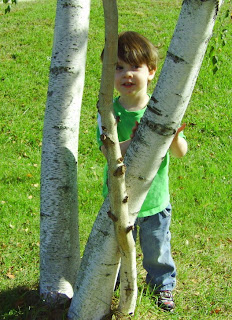 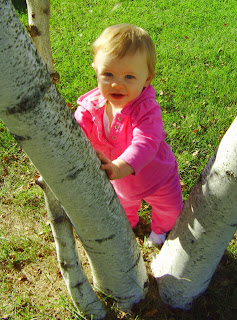 It came out so cute!  Now they all match!

Even without the turkey, the pies, the beers and the snacks,
the best part of the day was having all the grandkids around...
don't this pic say it all? 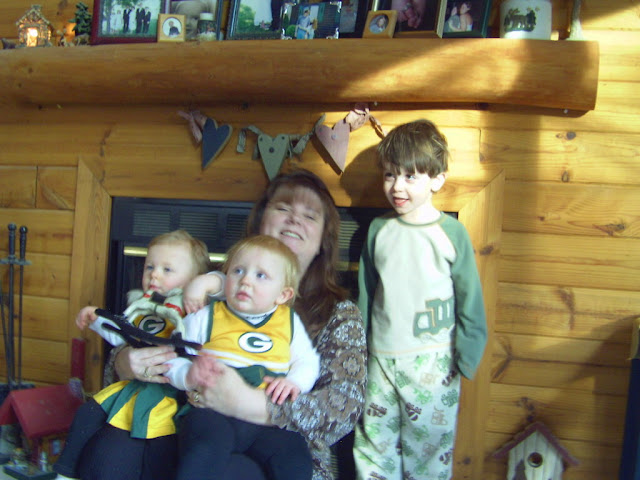 HAPPY THANKSGIVING !
.
Posted by KarenInTheWoods at 11:17 AM