Littlest grandchild Claire is still here for another day or two. She came up with the idea that we needed to bake apple pies! That of course meant we had to take a special trip to the store just to get some Granny Smith apples. Did you know that they make the best pies? Just ask Claire, she will tell you.

Her first task is to peel off all of the little stickers that are on the apples. That is a very important job and she takes it very seriously.

Once the stickers are off, we wash all of the apples. Now it's time to set up the handy-dandy little apple peeler corer slicer device. It's such a cool little tool. They make some that clamp onto a table or the edge of a counter, but I like the one with the big suction cup base. It seems to hold better and you can clamp it anywhere that you have a smooth countertop.

All of the grandkids are really good at cranking out apples on this tool. Of course, the reward is that they get to eat the peelings that come off in long long long strings. Claire especially likes the ends of the apple where the peeler starts and stops. That's her extra special little piece to ask for.

She has even gotten so good at cranking the apples that she can stuff peelings in her mouth with one hand and crank with the other hand. My oh my, what a talent.

Once the apples are all ready...they are peeled, and the machine slices them too, we chop them up into sections and toss them in a bowl with:
While that mixture soaks into the apples, we take care of getting the crusts ready. We had two store-bought crust in pans in the freezer, but we rolled out our own pie crust dough for the tops of each of those pans.

We rolled the top crust over the pies, crimped them down, and cut little vent slits in them. It's Claire's job to stick her finger into each of the slits and open it up a little wider.

Claire was making a special little apple pie all for herself. Steve saved a mini pie tin from a pot pie, so she could use up the scraps of dough and make her own little apple pie!

Claire sprinkled a cinnamon and sugar mixture over the top of the crusts on each pie, It bakes right on and is really tasty. At the end of this task, she gets to finally lick her fingers.

Patience is a virtue, or so they say. She had to be very patient to wait while the pies were in the oven. Apple pies take a long time, about 45 minutes.  Every five minutes she would dash back to check and ask if they were done yet.

Just look at that!

The house is filled with the beautiful aroma of apple pies. What a wonderful Autumn treat. Tonight is a Packer game night at 7:15. They're playing out in San Francisco, so we will be content to curl up in our chairs and watch the game. This little blond Packer fan will be bouncing up and down until about 8:30 and then it will be time to pop her into bed. I don't think she'll make it all the way to half-time. Then we can relax and watch the rest of the game ourselves.

ON EDIT: 8:10 and she is still going strong and enjoying her pie!

We are thinking about taking off later this week and doing some camping now that we've got the new bedroom window installed and the siding finished. Stay tuned, because we might make a loop around Corps of Engineer Parks along the west side of the state of Wisconsin. 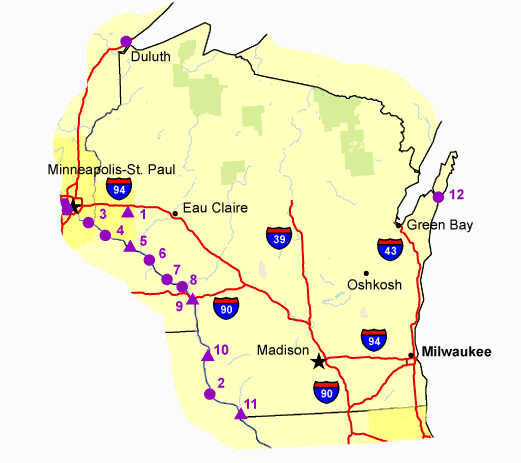 Steve has a dentist appointment on Wednesday, but then we have nothing else on our calendar for a couple weeks. We can clear it off and head out and enjoy some Autumn camping before the snow flies.

Posted by KarenInTheWoods at 6:53 PM