We Found a Mysterious Time Capsule

You just never know what you might find hidden away in an attic of an old house... 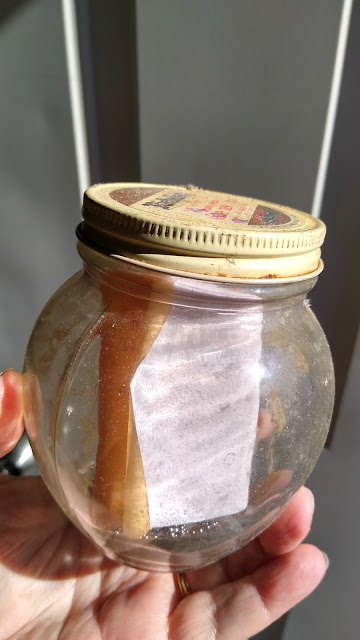 He brought it down to me
and I said ah ha
it's a Time Capsule! 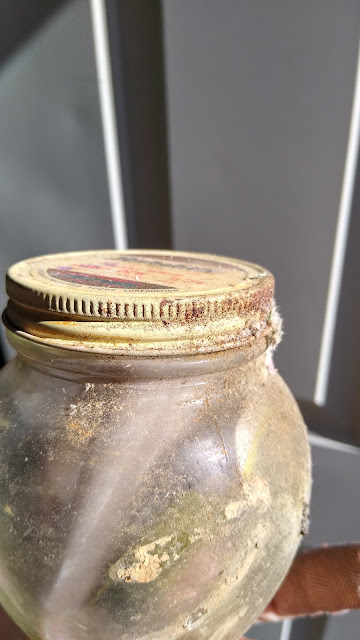 As the anticipation mounted, we examined the outside of the jar first. It was from the Richelieu company and was a jar of honey dew melon? There were no barcodes or UPC symbols on the lid so it had to be made prior to 1980s. 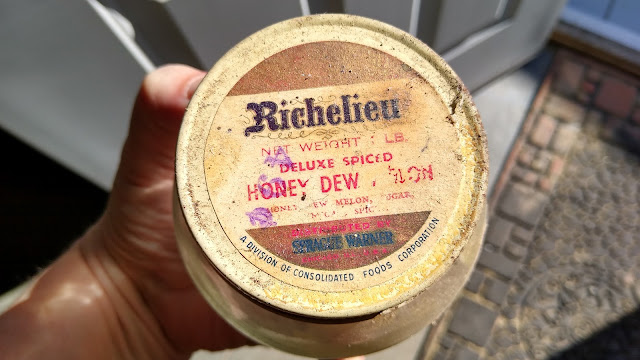 So far, that means the jar is at least 40 years old

We carefully opened it up and found three things.... one was normal, and the other two were ummmmm abnormal. I will start with the normal thing first: 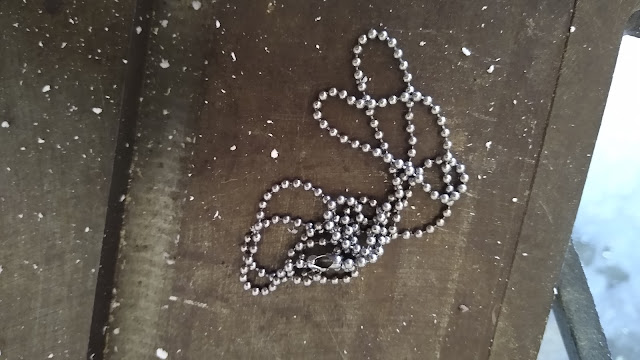 It was a piece of beaded chain. The kind that you use for small key chains or to suspend a pull chain on an old-fashioned light fixture. This one was about the length of a necklace and had a clasp where it was clamped into a circle.  Perhaps it was someone's idea of Fine Jewelry? Maybe it was a chain from a cool 1970s love relationship between a guy and a girl hippie?  We have no idea.  It shall forever remain a mystery.

Now for the second item. There was a small cardboard box. It was empty, the flap open, nothing inside. 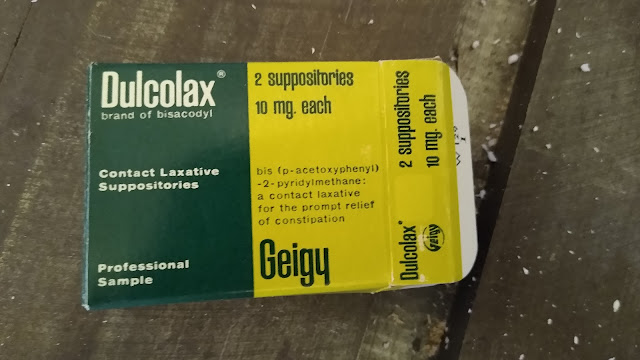 Again, no UPC code or barcode so it had to be pre-1980. It was from the Ducolax company and it was a box that had held two suppositories!!  I kid you not! 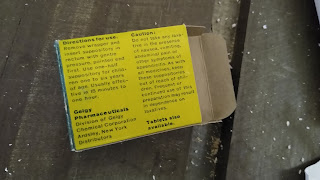 This second item now this ties in with the third item.  This is weird.... It was a faded piece of paper. 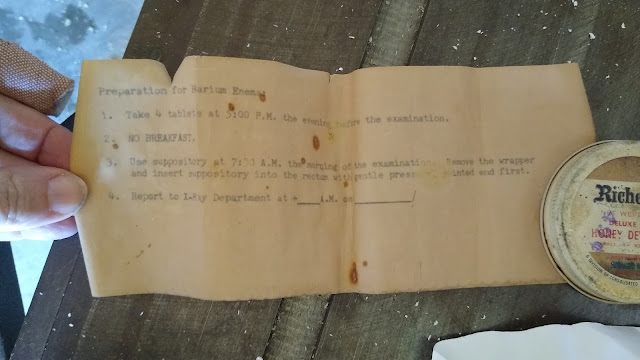 It was a piece of paper, obviously a printout from a hospital or clinic. It appeared to be the old type of mimeograph printed paper rather than a typewritten sheet directly off of a typewriter, or printed from a printer or press. Remember those old mimeograph papers where the lettering was kind of blue?  This is faded but still able to be read.

The wording on the paper is tied into the box of Dulcolax because it was instructions on what to do to prepare yourself before going to the hospital for a barium enema for an X-ray!!!

Alas and alack, we may never me know the "out come" of this time capsule mystery, and perhaps we really don't want to know? 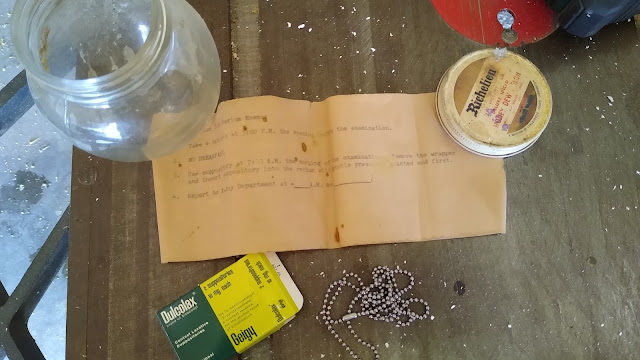 I do know a gal who said she lived in a house down the street in the 1970s. Her older brother rented this house during that time. I forwarded the information onto her so she can ask her brother if maybe he knows what this is all about???  or then again, maybe not.

Happily, we did not have to haul all that old batt insulation to the landfill. A guy we know is building a workshop later this summer.  He said that he could use it in the walls.  Since Steve already had it all loaded up on the trailer, he hauled it over to a place where the guy will store it until he needs it.  Better than setting in a landfill.

My finger is feeling better, and I dabbed more antibiotic cream on it when I changed the bandage today.  I didn't get much sewing done, because Steve has a few more projects on the roster and I had to help him out.

Posted by KarenInTheWoods at 10:50 PM