Well.....  Steve had been telling a co-worker about the great electric pressure cooker meals I have been making in my 8 qt GoWise USA cooker.  Turns out his co-worker saw a bigger 11 qt one going on Black Friday Sale at Menards.  He asked Steve if we were going out shopping (he had to work) if we could pick one up for him.

On the Nesco website they are $149.99
Menards says regular price $129.99
but they do not carry them other than for this sale.

We talked about it, and I love the one I have... but having one a bit bigger would be nicer when cooking for larger family gatherings or things like frozen ribs that take up a lot of room.  We DO cook a lot of ribs in ours.  Or big roasts, or turkey breasts, or lumps of six frozen chicken breasts....  we cook with ours a lot and it is very handy, quick, and makes food taste better with pressure cooking. It pushes the flavorings into the meat, not just on the surface.

This one will also hold 4 quart canning jars instead of three. I checked the stats and it is a bit taller, so the jars will set in there better.  The one I have now I have to kinda jam the jars in and be sure the little peg of the upper liner isn't on a jar lid. It is so nice to do tomatoes or pickled beets in the pressure cooker instead of a hot water bath canning kettle on the stove. Less steam and heat buildup canning in a hot summer kitchen.

Soooooo  ----- after researching this Nesco model, we decided we could use the larger 11 qt one in the house and put our 8 qt in the motorhome. It would be our Christmas present to each other. If we get one.  We kinda doubted it because it was Black Friday, afterall.

On our way to Steve's dad's house Friday morning, we swung by Menards. I said it would be a quick in and out---- just to check if they still had any pressure cookers left. (it was already 10 am and the store had opened at 6 for the sale).  The parking lot was filled and people crawling through each row looking for empty spots.  Cars were following people out of the store and going to wait while the shoppers unloaded their carts into their cars, and take their parking space as soon as it was vacated.  LOL   Steve dropped me at the door and went to go find a spot to park.

The store was crowded with shoppers and as I worked my way back to the appliances (at the rear of the store of course) I nabbed a few other specials as I went by. Isn't that what stores want you to do? Haha

Steve found a spot quickly and joined me in the store.  He got to the back area with the kitchen appliances and found four of them, stuck around a corner!!!! Kinda outta site.  He grabbed two, one for us and one for his co-worker.  We worked our way back up to the front of the store. My goodness people are not polite, nor caring to move out of the way, and just seemed to be in a daze. ARGGHHH  I tried to smile brightly and say ''excuse me''  over and over as we wound our way through the crowds. Yes, with two huge boxes and a variety of other items in my arms for the grandkids.  We got into a line for checkout that was moving along slowly, but faster than the ones around us.

It took us just about an hour to do all this!  Oh gosh I can not imagine doing what most Black Friday Shoppers do, going to multiple stores and doing this over and over for the doorbuster deals?!?!?!?

All in all, we saved $70 on ours and $70 for Steve's coworker, .... so I guess it was okay. I found a few other things while trying to make our way through the store, so that was good too.

We did not want to wait till Christmas to try it out.  What if it didn't work? What if it was defective? Last night I took it out of the box and washed it up.  I decided to make a quick meal in it .... chicken and rice casserole. 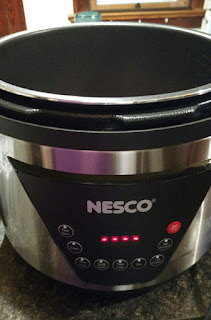 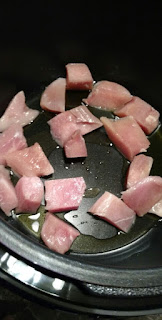 Added chopped up vidalia sweet onions
and had some frozen mushrooms, butter and onions leftover from steaks 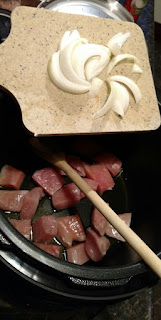 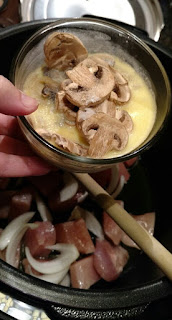 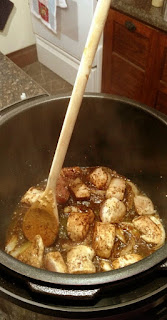 A dollop of Andrias (from O Fallon Missouri)
and a can of good ole cream of celery soup.
The recipe calls for cream of mushroom, but we like celery better. 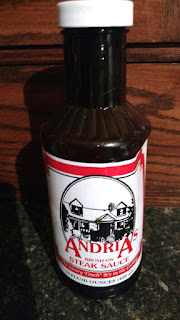 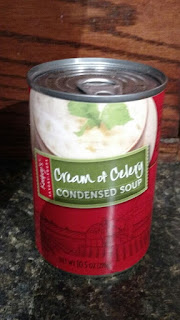 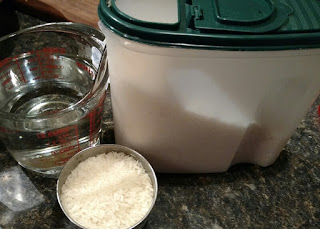 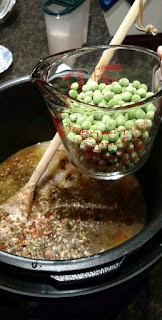 Shut the lid, make sure the little pressure lever is closed, and set the time to 10 minutes (I did 15 and it was a bit mushier... 10 would have been better) . 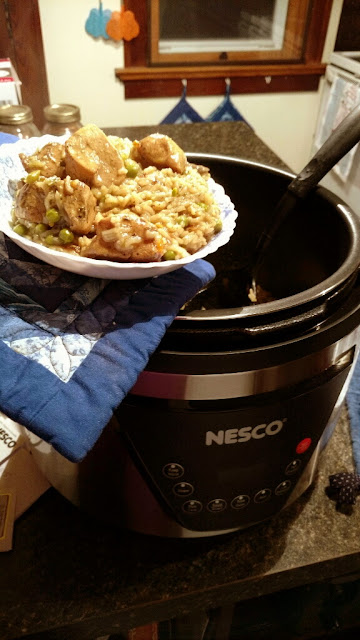 Steve's coworker was so happy
that he bought Steve a growler of beer for getting it for him!

Here are some other recipes:
Nesco Electric Pressure Cooker Recipes