I have a wonderful treasure in my life.  My father-in-law Paul is such a dear heart.  Since losing both my dad and my step dad in the past year, I consider my time with him even more precious. I think he feels the same way....  heh heh

Saturday he invited us out to a great lunch at a favorite restaurant... it was to celebrate my birthday.  We had a nice time together to eat and chat in a peaceful room without a lot of folks around after the lunch hour passed.  Afterwards, he had tickets for the three of us to attend the Sweet Adelines and Fox Valley Chorus performance at the Fox Valley College. 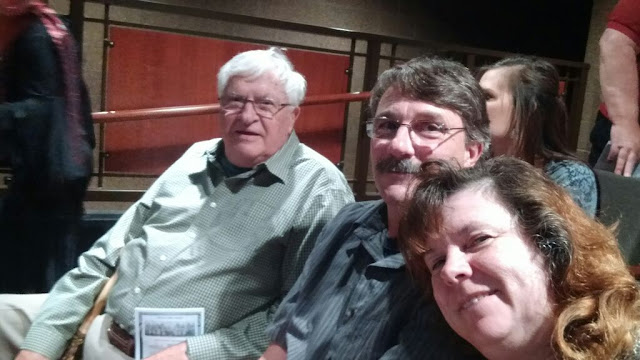 It was such a fun concert. All of the gals dressed up in halloween costumes and interacted with the audience on many levels.  They conducted a harmonious concert of silly numbers but high energy and kept a theme going along with all of the songs.  The grand finale recap of Michael Jacksons THRILLER was fun and silly... not quite the same as the old Mtv video, but full of pep that gals of that age could muster up. 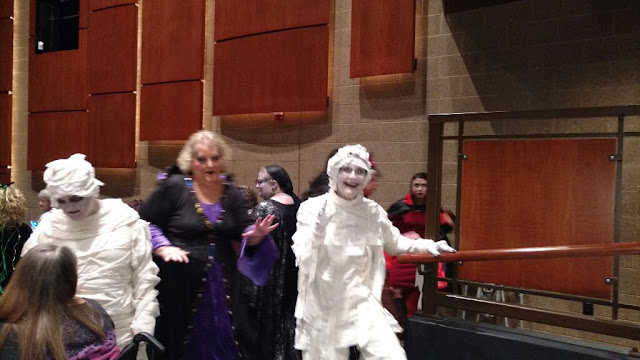 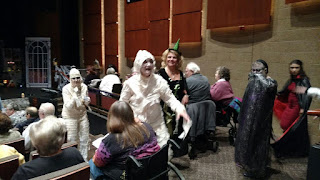 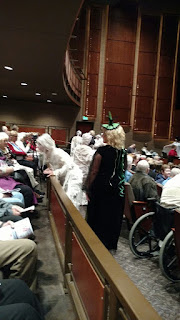 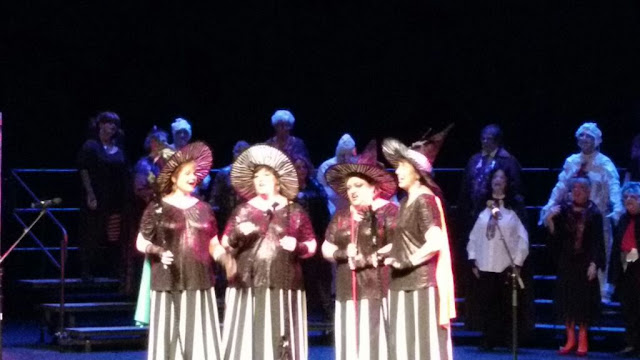 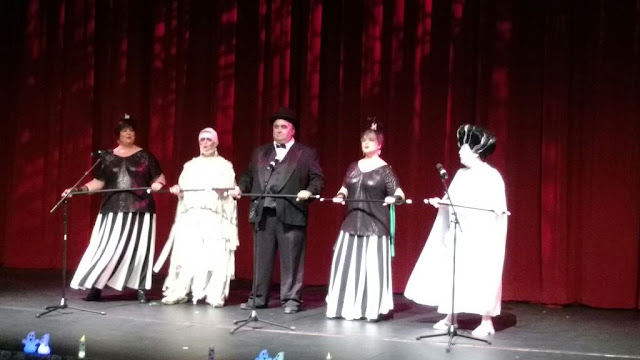 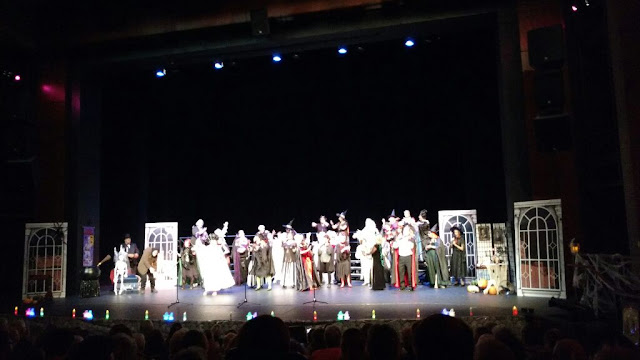 I cherish these times together and love the old stories of when Steve was a boy.  It gives me glimpses into the man that I married. Seeing his father now in his 80s is like seeing parts of Steve, perhaps 25 years from now.   Thank you Dad P, for showing me a kindness and love that I never had from my father-in-law in my previous marriage.

A while back, we were at his house doing a few odd jobs and projects.  That is when Dad P gave me a treasure!  HE BEQUEATHED to me a very precious family heirloom!


Yup... I have been given a TREASURE!


Back up the story a bit:  A number of years ago I had admired a little childish pottery item set on the windowsill over the kitchen sink.  My wonderful mother-in-law, Mary Ann, rest in peace, said it was made by the little tiny hands of my very own Steve!  She smiled and said it has set on the windowsill for all these years. It gave her such pleasure to see this little thing he made with his own tiny hands. 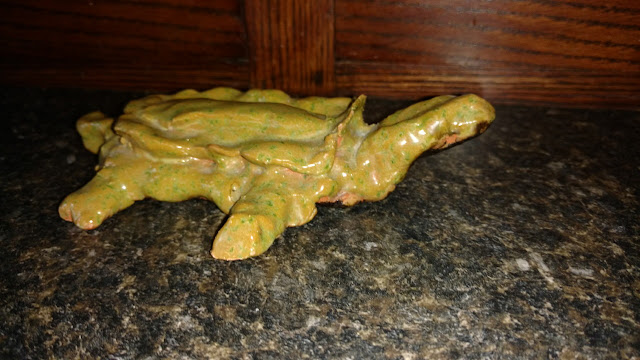 The Artist even signed his work! 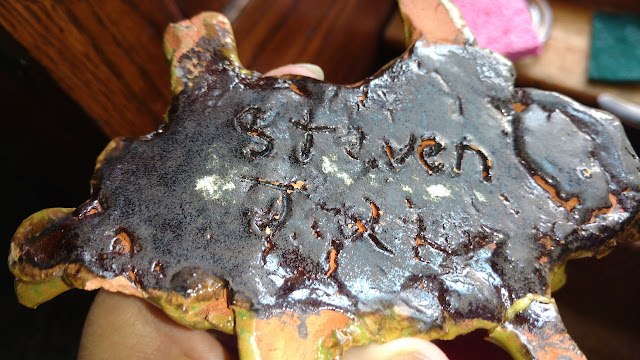 Steve said he was in second grade when he made it.
Probably 7 or 8 years old.
How adorable!!!!


I asked Dad P if perhaps he could leave a note somewhere, instructing the family that someday I would love to have that little turtle.  He said to take it NOW.....   Oh My! 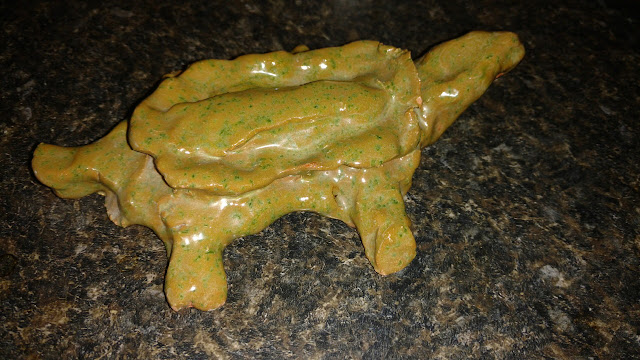 I wrapped it carefully up in paper towels and took it home as if I was carrying the bounty of Fort Knox!   Yes.... the Pfundtner Reptilian Art Sculpture was soon to grace the illuminated glass shelf in our dining room china hutch!  LOL

Yes, he is a Family Treasure.
So is my father-in-law.

Posted by KarenInTheWoods at 8:29 PM