We drove down into middle Oklahoma and were going to swing west to Enid to visit some folks.  Too bad, but Linda was ill and we called off our visit. Perhaps on the way back, okay?

So we crept around Oklahoma City on some back quieter country roads and avoided all the rush time commuter traffic.  Once we got south of there, we headed towards Lawton to spend the night.  After pulling into the Walmart there, we did a little shopping but decided to head on further south. That Walmart was a little rough looking, and it was in a very noisy part of town. We bought a rotisserie chicken (Pickin Chickin according to Linda and Howard of RV Dreams)  and then cleaned up our plates to hit the road again.

As many of you know, we HATE to drive at night!  The motorhome's headlights are very dim. Various Safari owners have tried all kinds of work-arounds to fix that problem.  It's just the way they were designed and the bulbs that were selected when built in 1996. Some use relays to increase the voltage to the headlights to make them brighter. Some have installed different LED headlights to overcome the problem too.  Trying to fit different bulb/lens shapes into the existing frameworks and grill is a problem too.  Well.... Steveio took a different approach a few weeks back and this was our first time to try them out.

He bought two 65 watt type headlights from Fleet Farm (a locally based Farm/home store in the midwest) for $19.95 each. They were the same size and shape as the headlights we had.  He creatively bent one of the three prongs that was slightly manufactured at an angle on purpose.  With gentle persuasion of a pliers, he was able to match up the new prong configuration to our original Safari plug.  Voila....   He has been waiting to see how they would shine in the darkness on the road.


Last night, had our chance!
It was a HUGE difference.... much more than we ever expected !!!
With this type of lighting, we won't mind night time driving when we choose to do it.


As we cruised on through the night, we found ourselves crossing the border into Texas!   We had overnighted at the Walmart in Wichita Falls a few years ago, and knew it was safe and quiet.  We had another reason to stop there also.  Seems our LED flatscreen tv for the livingroom had bit the dust!  It had been making a funny buzzing noise on and off, and then a huge SQUAWK and was done for.  We tried to find a reset button, nothing.  We double checked the outlet output from the on board inverter and it was fine.  It just gave up.  It was an older extra 32" tv we normally take along from in the house each time, and really was too big for in our motorhome anyhow.

Our Valentine's Day present to each other is now a smaller 28" LED tv we picked up at Walmart.  Sale for $188. Over at Lowe's a block away they had some very nice heavy duty articulating arm brackets on clearance down to $14.00.  Done. 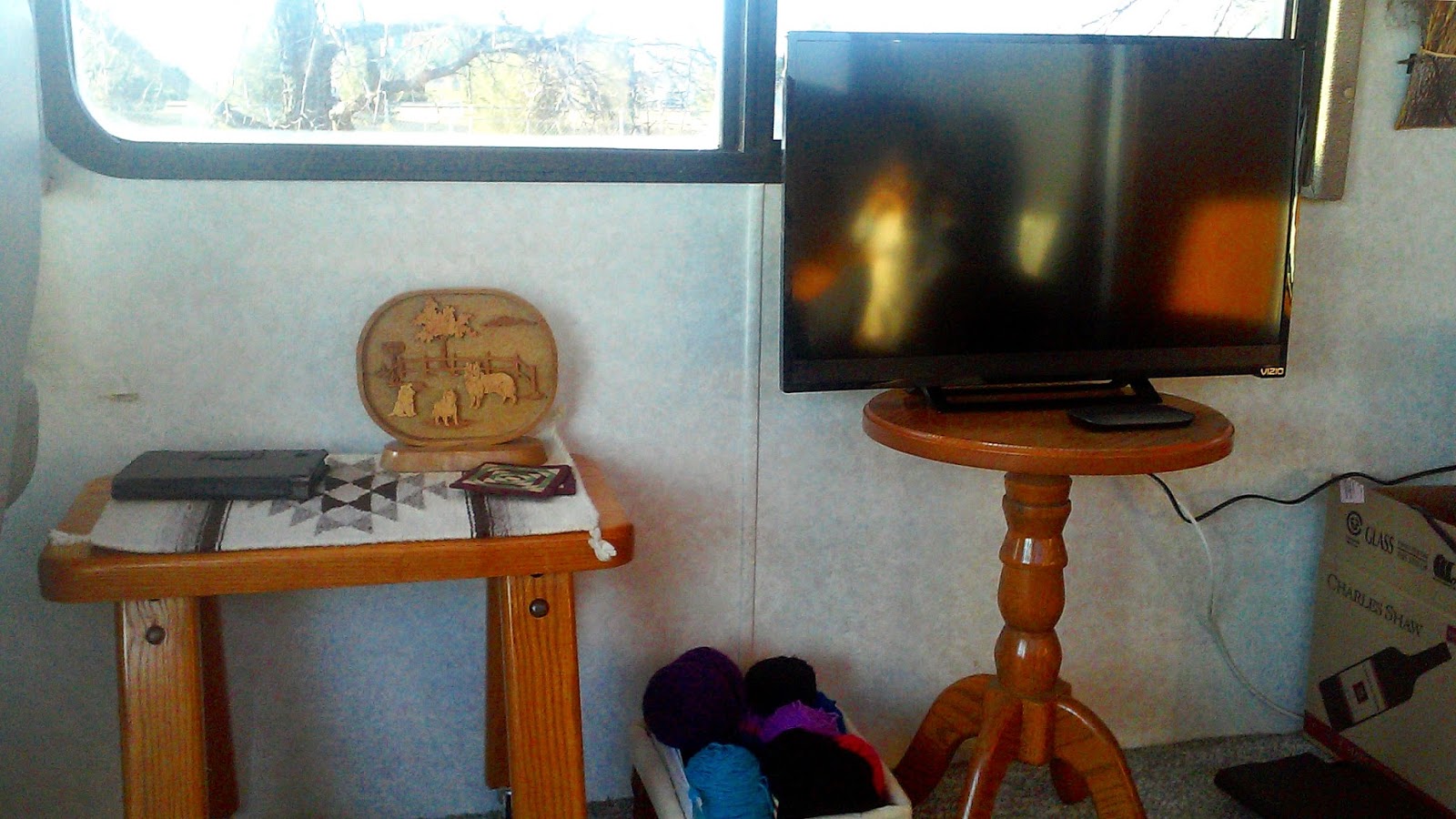 Normally we set the tv on a small table and plug it in each time we stop.  When we move, it's laying flat on the bed in back.  When we stop travelling later today, Steve is gonna rig it up to hang down from the upper hardwood cabinets in an area somewhat between two windows.  It will overlap them on each side some, but we are thinking it's a nice trade-off for opening up floor space. Not to mention having to move the tv back and forth between the bed and the table while travelling and stopping!


We woke up in Texas... brrrr 30 degrees! But we got the dogs out for their duty, and ate a nice leisurely breakfast and did a few odd jobs around the rig.  I wanted to install all of my new tire pressure sensors for our N Vision Hopkins Tire Pressure Monitor.  Over the years, bit by bit all the sensors burned out.  Thanks to Mel, a fellow RVer, he saw them on sale through Fleet Farm and I ordered 10 new ones to start out fresh.  I didn't want to install them at such cold temps, so we waited until getting this far south to get them on and calibrated at a cold tire temp.

We rolled outta town about 11 a.m. which is kinda a late start for us.  But hey, we on vacation and we can do that, right?   After three days behind the wheel, this Motorhoming Man is starting to cool down and drive a bit more reasonably.... not zoom zoom zoom maniac mode! 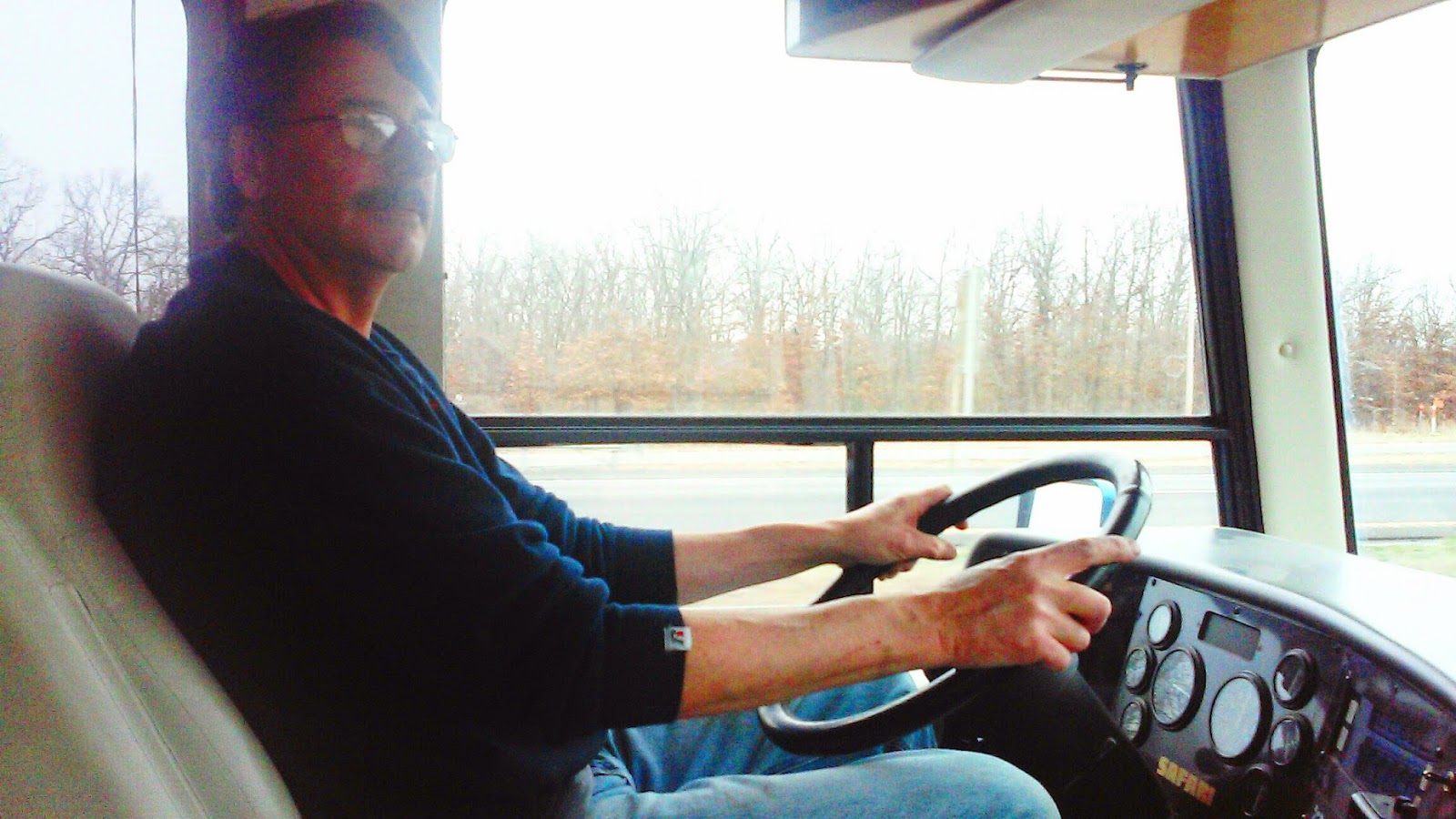 As we head west towards New Mexico, we are now on quieter state roads instead of the interstate. As we rolled westward, we saw a nice little wayside in the middle of the Texas desert to make our lunch. 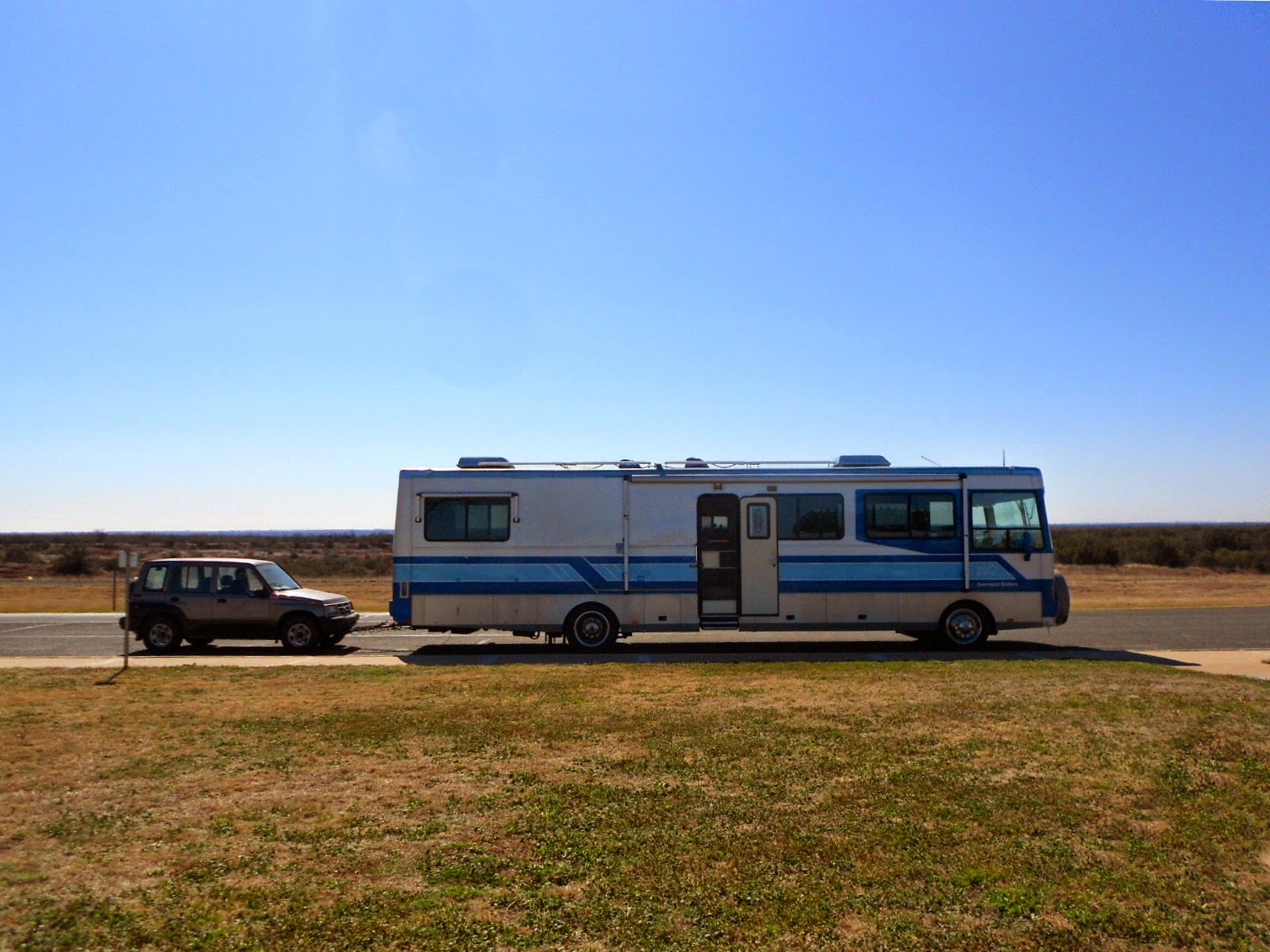 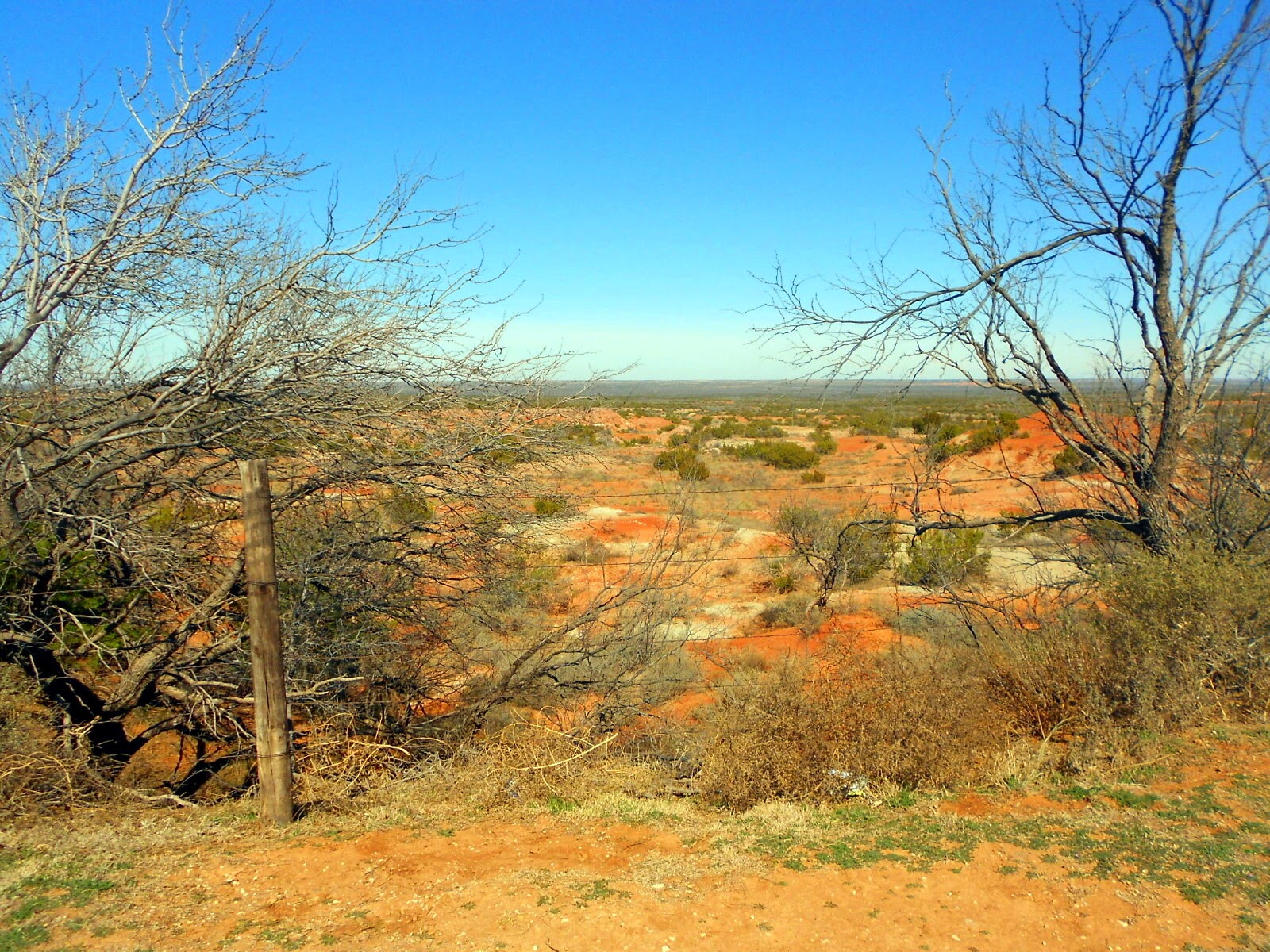 This sign is for our friend Sharon.... heh heh! 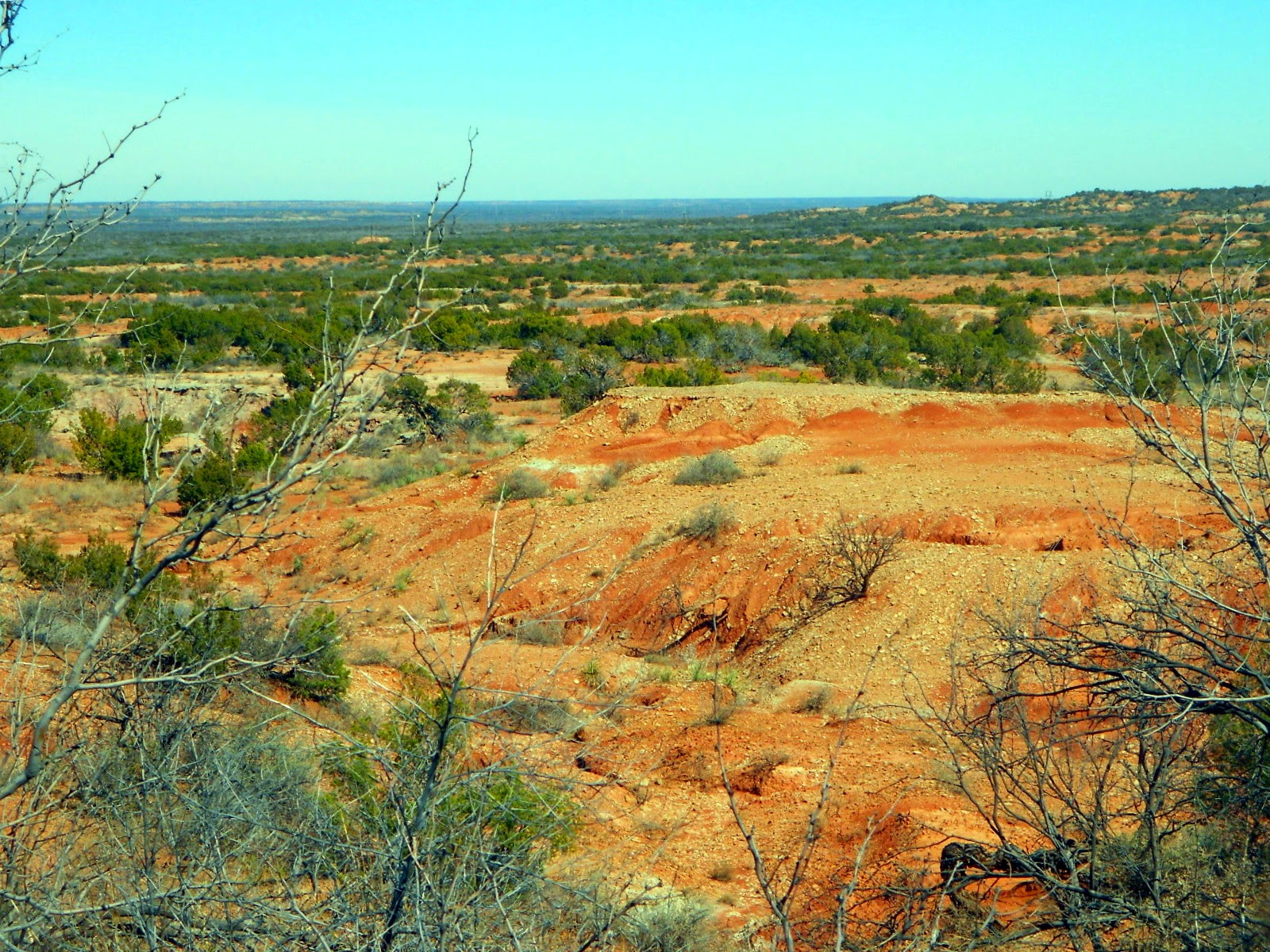 The doggers were happy to get out and sniff, and Binney is catching onto the excitement of what it means each time we take out the doggy leashes and hook them on their harnesses.  Sniffing Time! 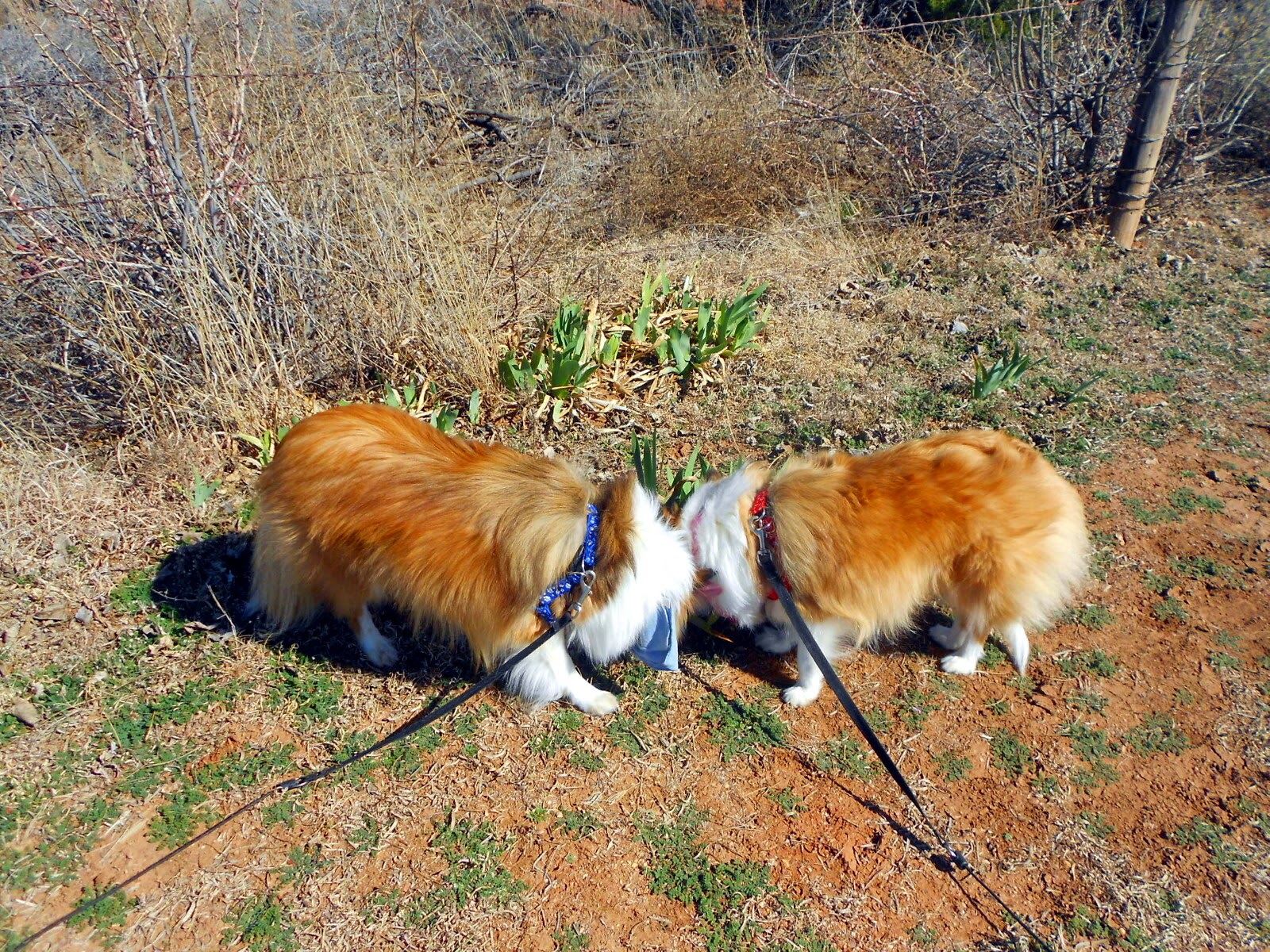 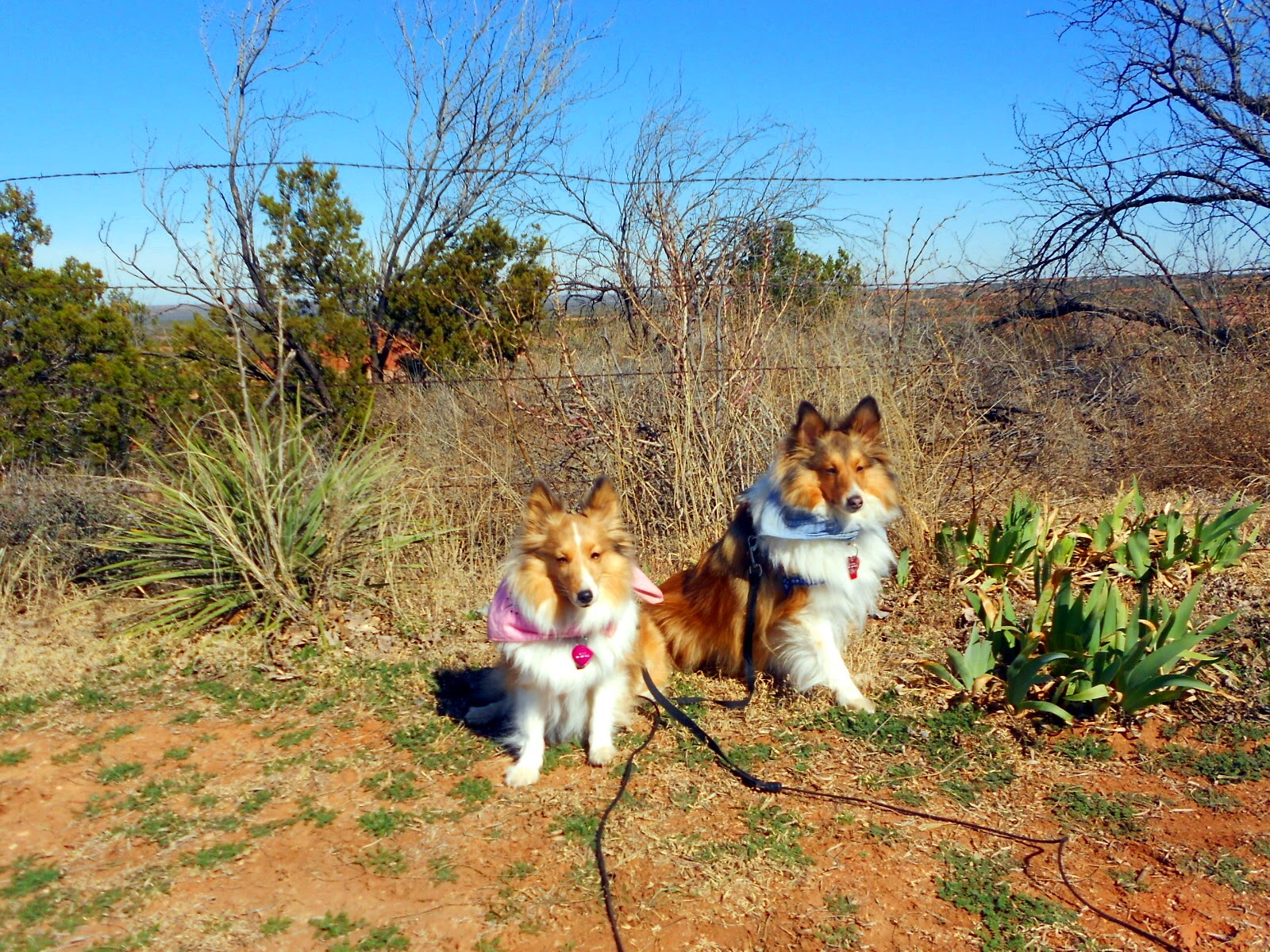 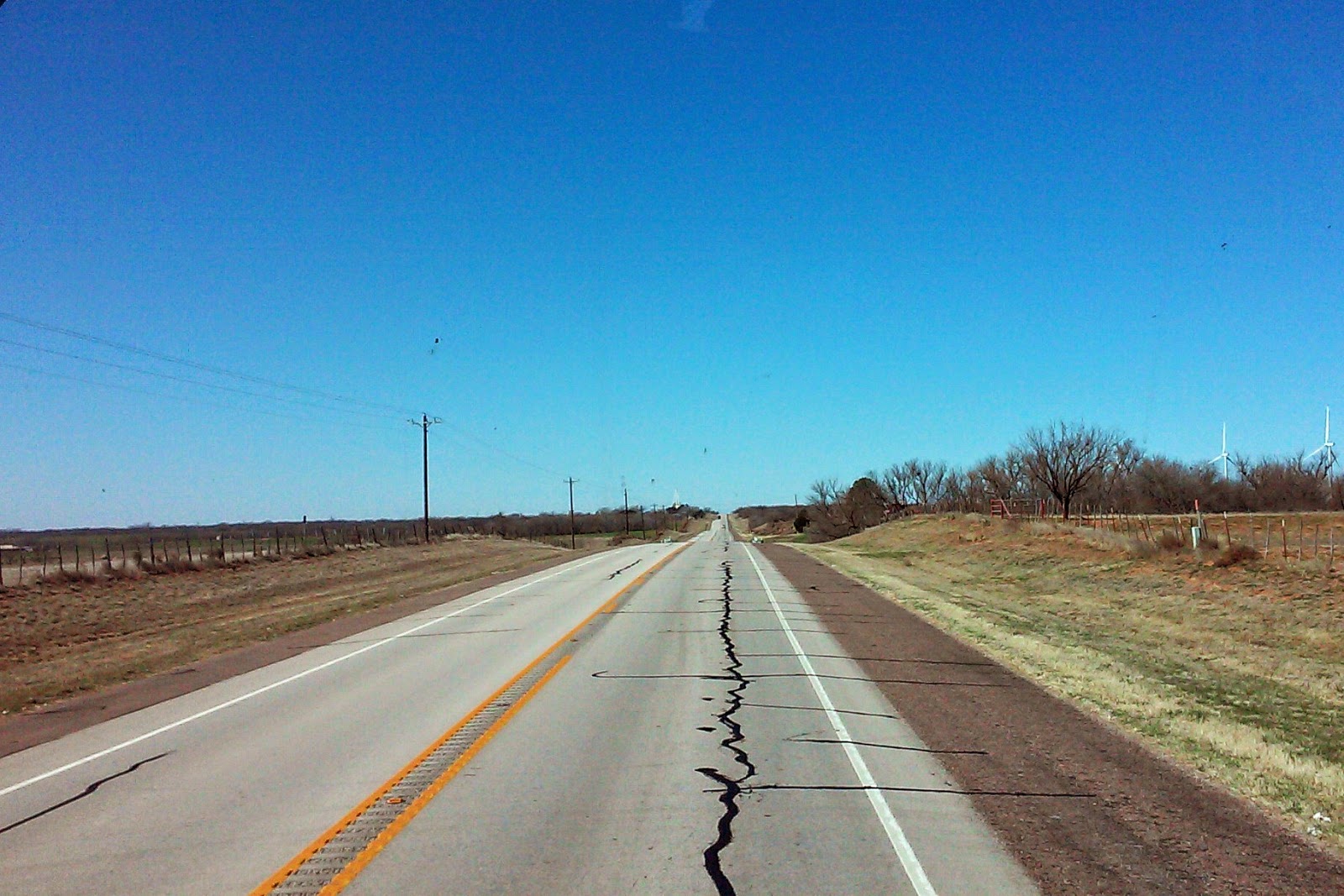 Posted by KarenInTheWoods at 2:43 PM