First, I would like to mention our son, Mike, would have been 30 years old today. 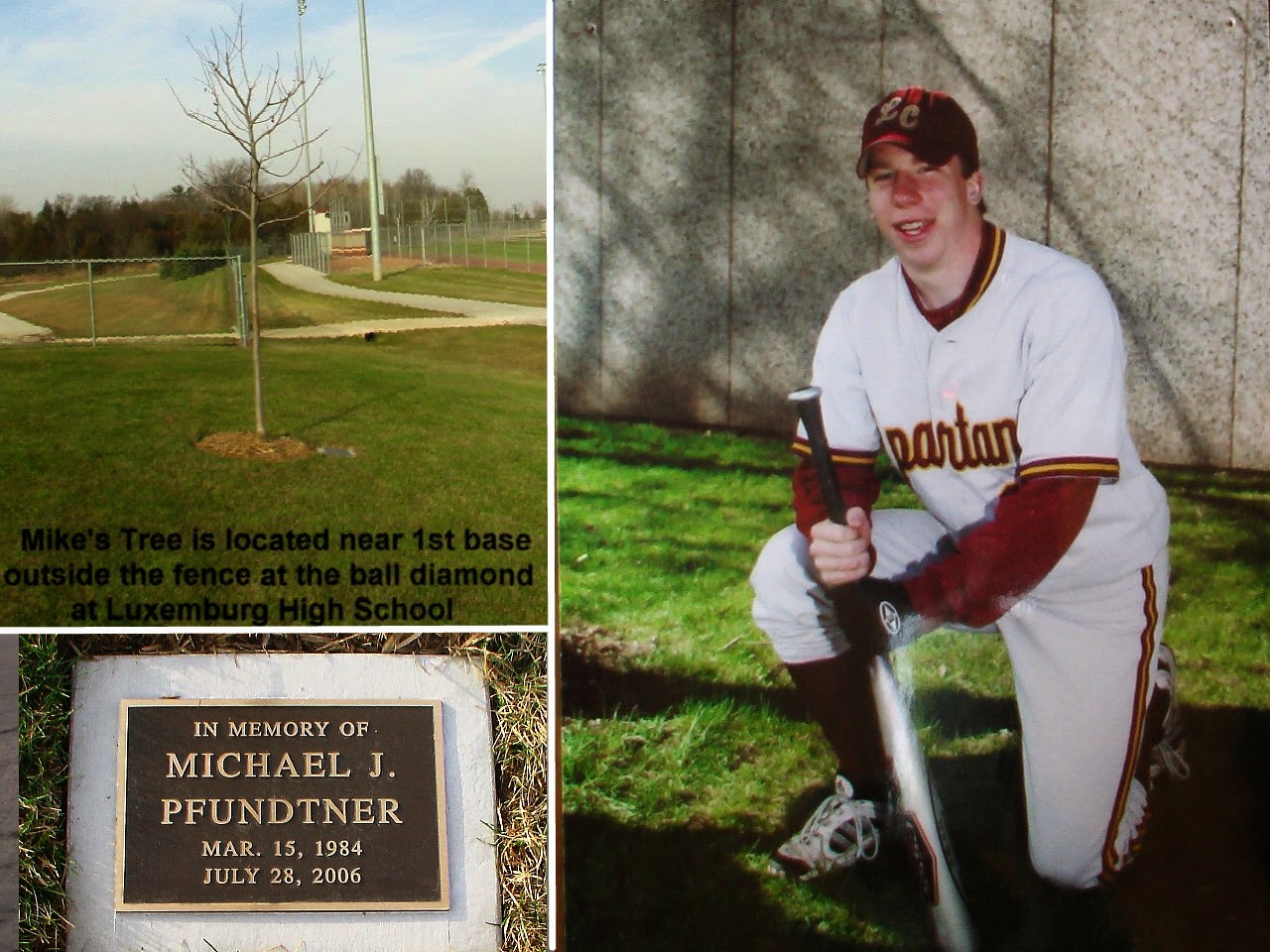 We miss you Mike...  and think of you every day.
We wish there was another wedding,
another daughterinlaw,
another pile of grandtots to love.

My last blog left off on Tuesday with our good-byes to the folks --- and heading out of Florida about noon.  As we drove up near Lake City, we pulled into the Camping World to pick up some Dicor caulk for a leak that had developed around the antenna mount on our roof.  Many RVers' experience shows that Dicor is the best stuff out there for RV roofs, it stays pliable but doesn't break down under UV conditions. 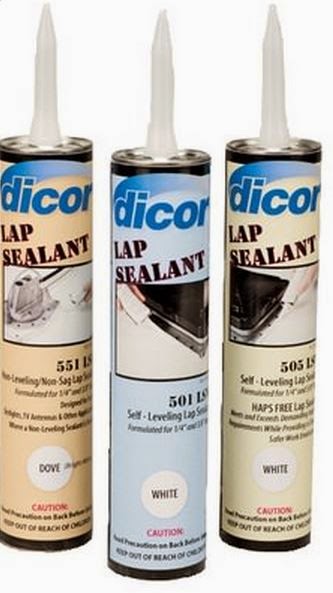 As we pulled into the Camping World lot, we could not drive all of the way around the building to the RV customer parking area because there was a big truck unloading freight. We were directed wayyyy over to their far sales lot to park out of the way.  Oh well.  But a worker scooted up to us in his golf cart, and offered us a ride to the store!  Wheeeeeee talk about Customer Service! 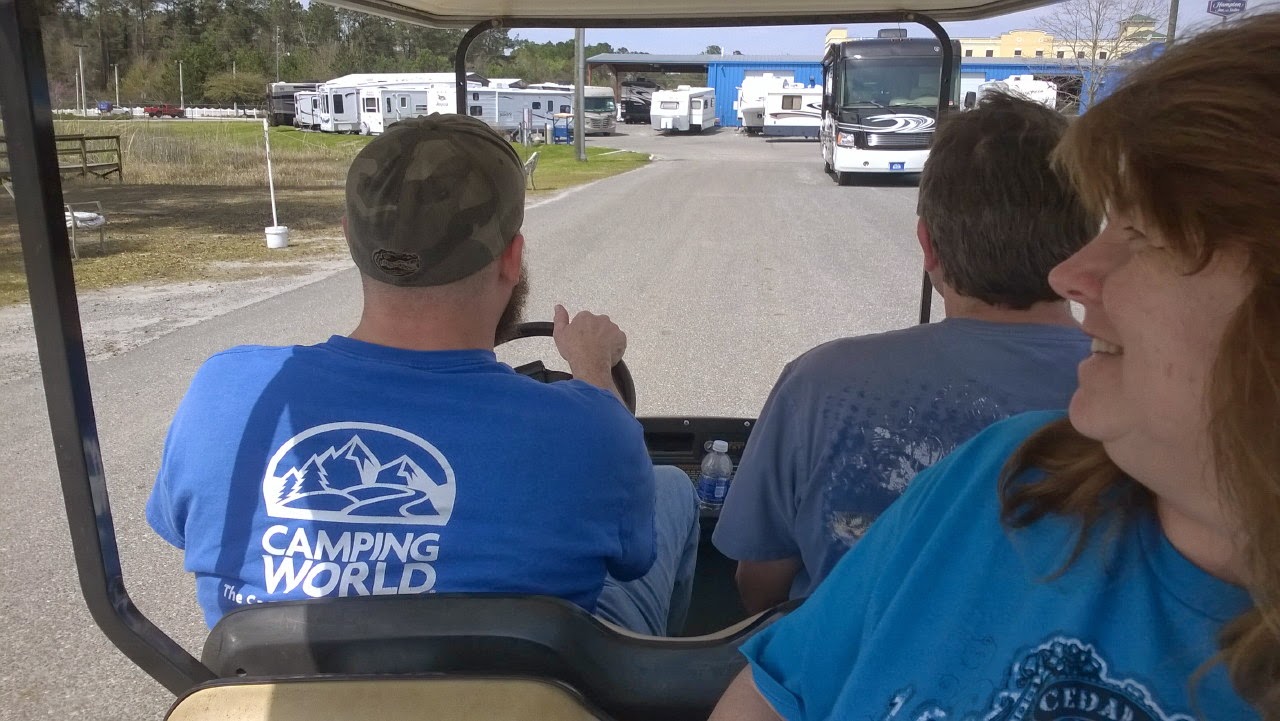 Probably they give any customer who pulls up in a 16 year old motorhome the Royal Treatment in hopes they buy a new one?  LOL

Anyhow, we looked around at stuff in the store, grabbed our Dicor tube, and then asked at the service dept. to borrow a caulk gun so Steve could do the repair right in the lot.  "Of course" they said!  (hoping he's disgusted with our 16 year old rig and buys another?)   LOL again.

Steve has our collapsible ladder on board all of the time, so click click click he was set up and on the roof in 2 seconds flat to do the job.  Easy Peasy.  There was rain in the forecast that night, so we wanted to get the leak taken care of right away. This is an older pic, just so you can see the ladder from Ace Hardware called Xtend & Climb. 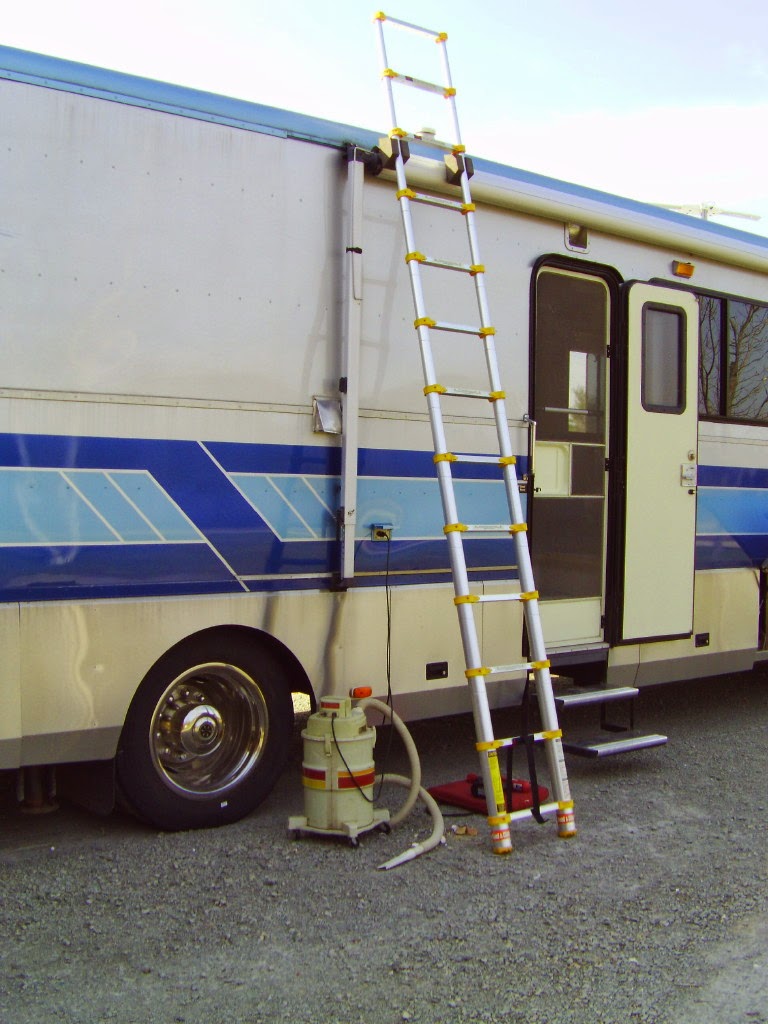 We brought back the caulk gun to the service department on our way out of the Camping World lot, and said our goodbyes with a thankful wave, but we kept our pennies in our wallet and didn't buy another motorhome.  Haha.

We drove on up Hwy I 75 to get going again, and saw this poor fellow having a rough day.  There was another truck stopped nearby and two guys sitting inside, so we assume one of them was from this truck.  An orange cone was set on gravel behind it, but cars and trucks kept whizzing by, some not even slowing down to gawk.  Not a firetruck or policeman yet on the scene.  I would have been scared to drive right next to it in case of explosion! 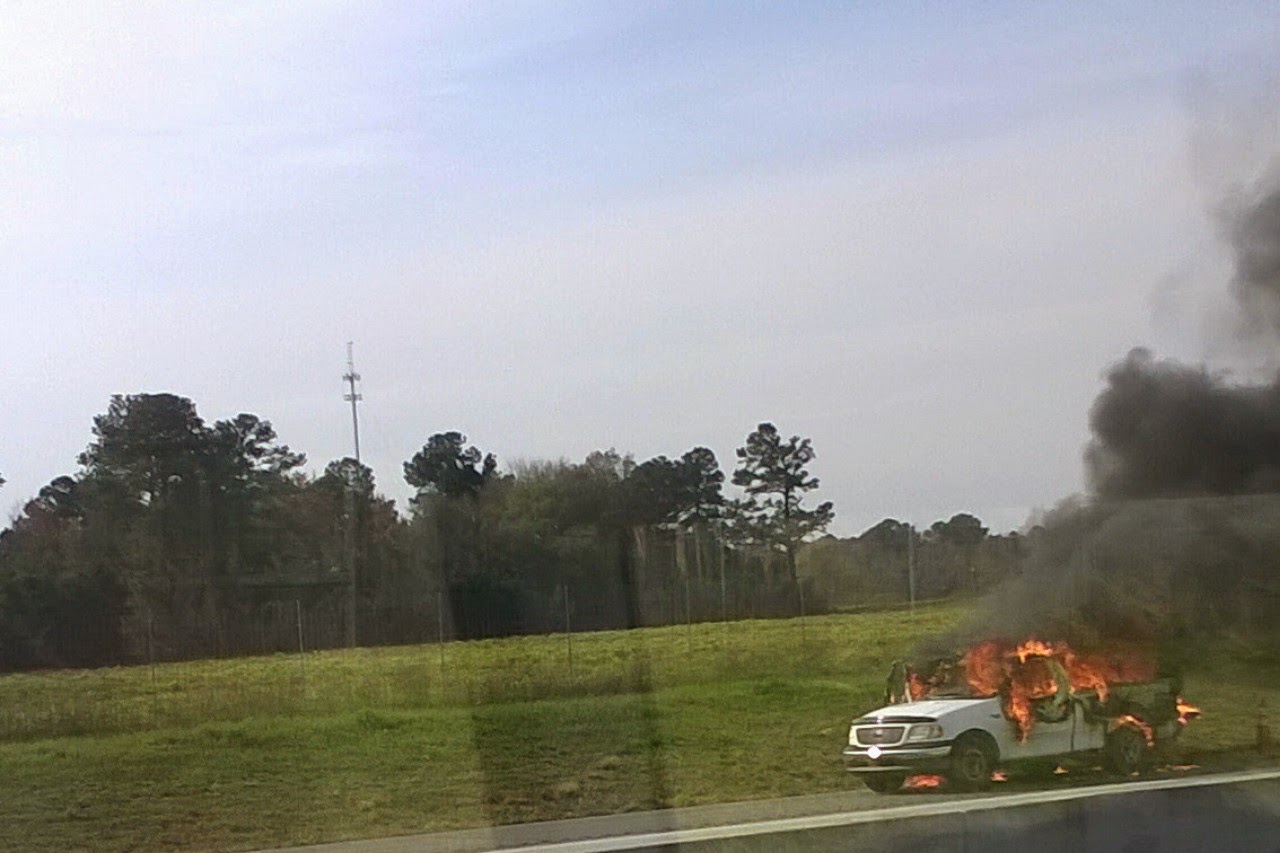 We drove north out of Florida while munching on oranges from the fruit market, watching our Streeets and Trips computer GPS tick away the miles as we entered Georgia. 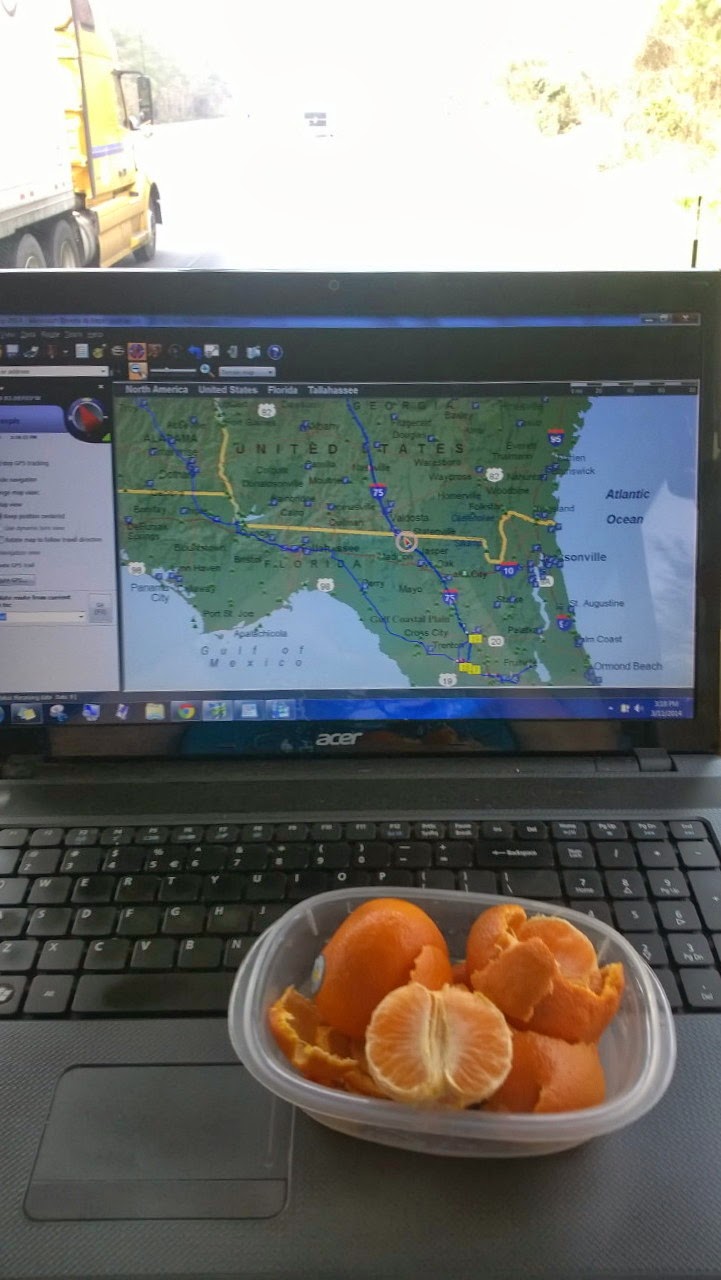 Goodbye, Florida!
Thank you for sharing your sunshine and warmth with us for a month!

We drove on up near Perry GA and got fueled up.  Diesel fuel in Georgia is cheaper than anywhere else on our route home, so we topped off our tank and headed towards Atlanta.

We reached Atlanta about 8 pm, and took the route right through town. Semi trucks are all required to go around the town on the bypasses, but cars and RV's can go through the middle (shortest route)....

We have done this before, and knew we could do it, but whizzing past us at night with cars in every lane, sometimes 8 lanes wide, and I swear those lanes are narrower and tighter!  Our motorhome is a "wide body" design of 102 inches, plus the mirrors, and we sure felt every inch as we squeezed on through that town! 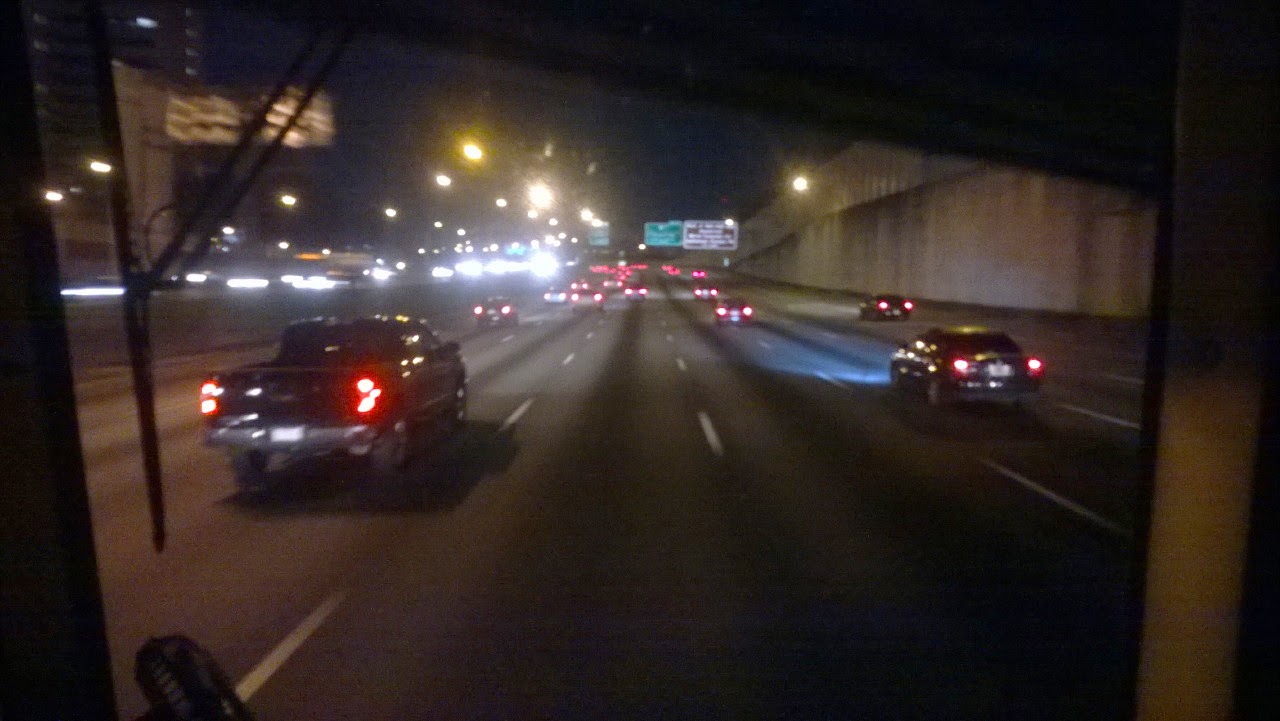 We found a comfy,  out-of-the-way spot at a Walmart near Cartersville, we were tired and gratefully pulled into a good spot.  We met a nice couple in a fifth wheel from Ontario as we headed into the store to ask permission.  (we always ask permission and thank the store for their accommodations)

We woke up Wednesday about 7 am, refreshed and ready to hit the road.  We didn't have too far to travel today, just 175 miles up to Heiskell, TN, a small town 30 miles north of Knoxville.

It was rainy and wind gusting as promised, and getting worse as the day went on.  We heard later that wind gusts had caused power outages among thousands around the Knoxville area, but that must have been after we were through.   We had a nice tail wind that was giving us 9.2 to 9.5 mpg readings on our Silverleaf diagnostic computer on the Safari.  Kinda neat technology for a rig that is 16 years old to have one.  It reads all the output levels and temps and pressures, plus tracks your average usages on fuel and instantaneous consumption use while driving. 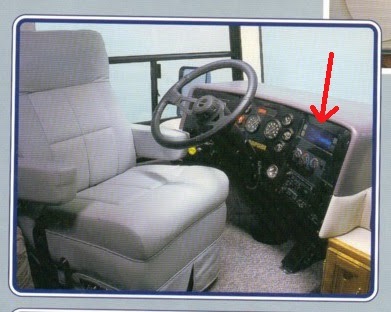 So at the end of the day, our readings were:
53.7 average mph
314 miles driven since last fuel up
33.7 gal used
9.3 mpg average
61627 total miles on our motorhome
(plus all the current readouts on pressures, temps, and speed)

We got settled into the Escapees Park at Racoon Valley, just off I-75 north of Knoxville.  We unhooked the tracker and headed over 3 miles to my good friend Linda Baldwin's house. I saw these wonderful signs of SPRING in her yard and had to take a pic of them! 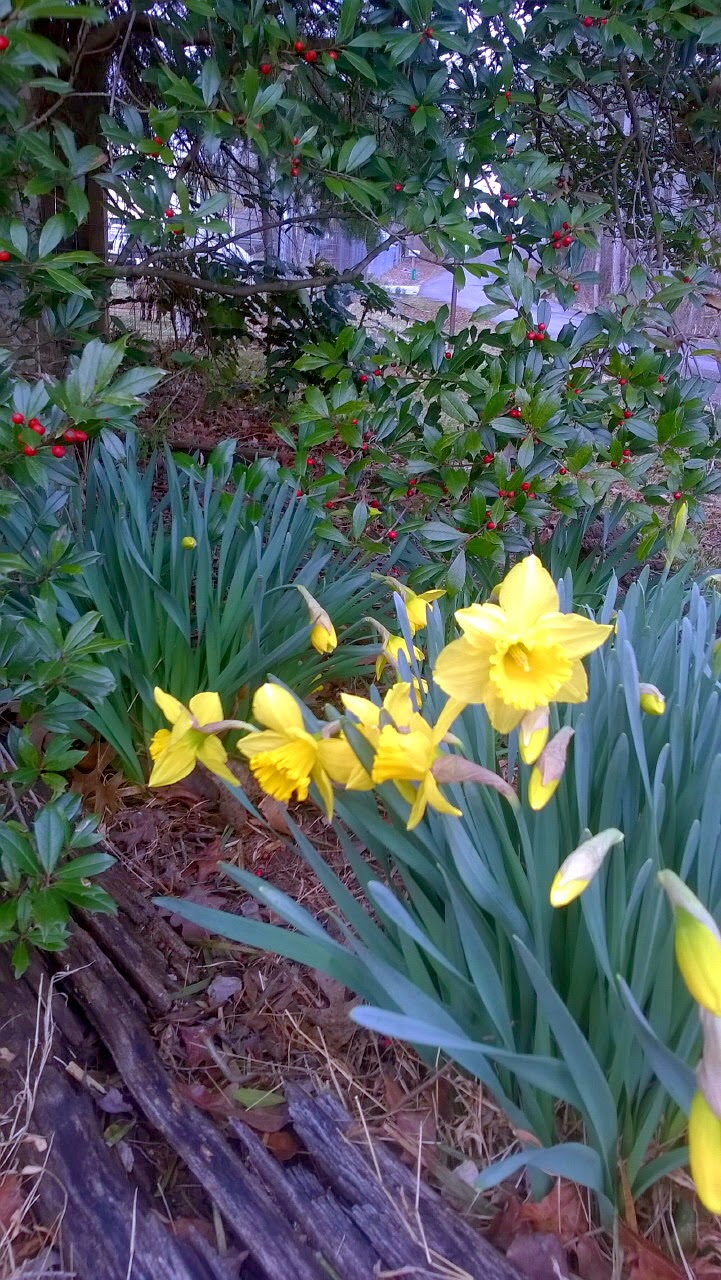 There are two other miraculous signs of SPRING in Linda's little farm yard.... two new baby goats!!!  They are sooooo sweet!   And Linda scooped one up to let me hold it... awwwwwwww


(he was telling me secrets) 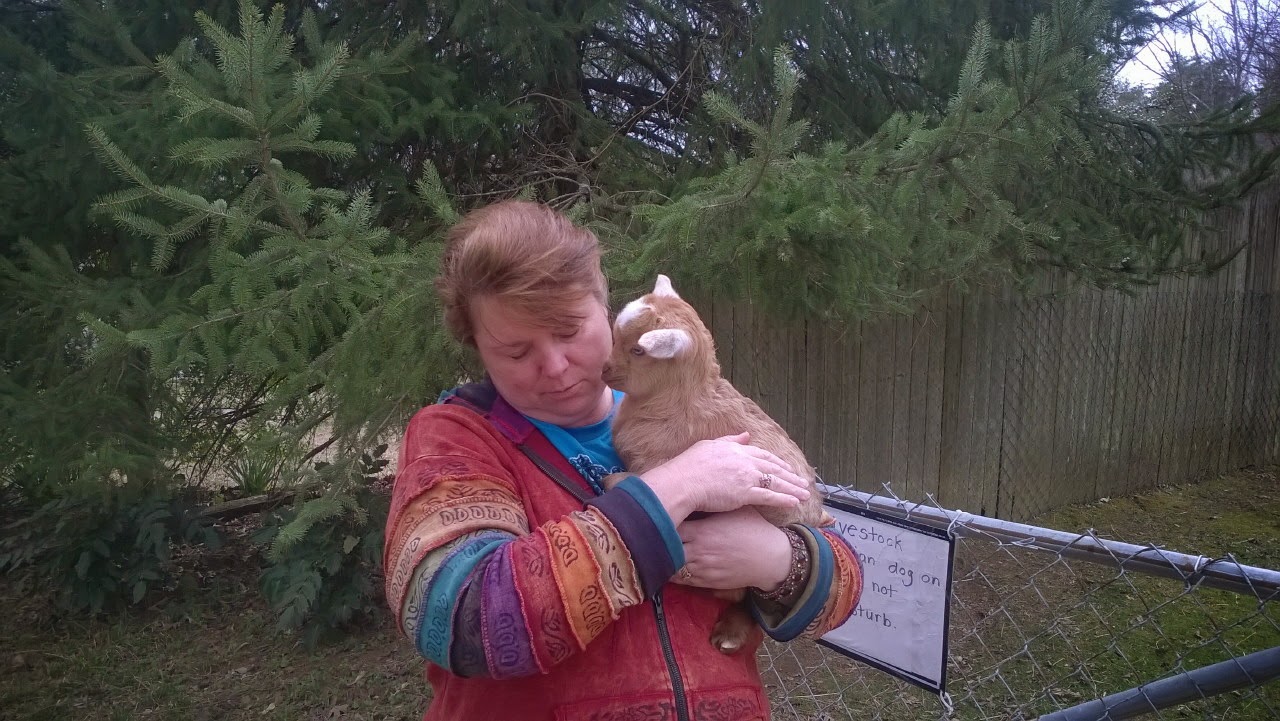 These two sweet babies were born during the last few weeks since our visit on the way down to Florida. I am so glad we were able to stop by and see the result of that big huge mommy goat's belly!

Here is proud Farmer Linda with her offspring.  Both already have homes waiting for them when they are weaned off of momma at 8 weeks.  They are crosses of Nigerian Dwarf and Angora and will produce lovely fiber to spin on our spinning wheels.  Linda and I are both weavers, spinners and knitters.  Very Fibery Folks! 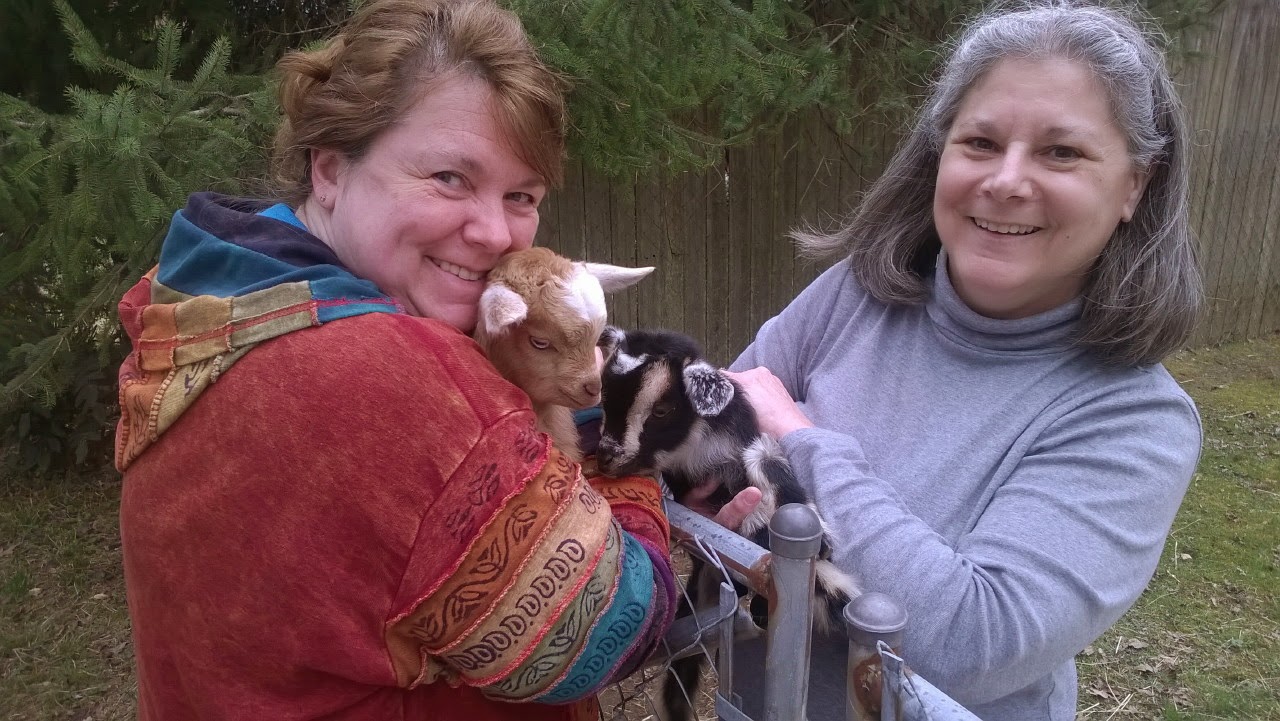 Just look at that sweet face!!! 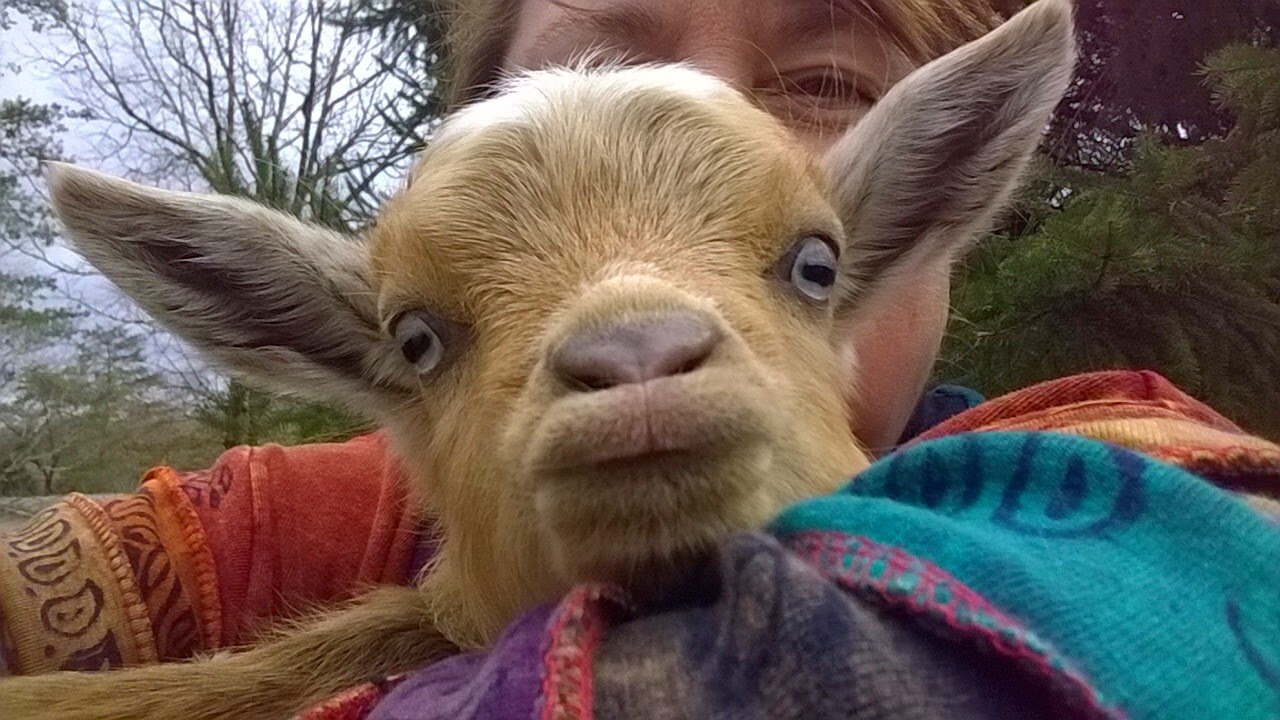 The silvery white on this little boy is wonderfully marked ... the stripes along both sides of the head,, then fringey silver feathery wisps with black centers on the legs.  The little dots on the ears match the tiny dots across the top of the nose! 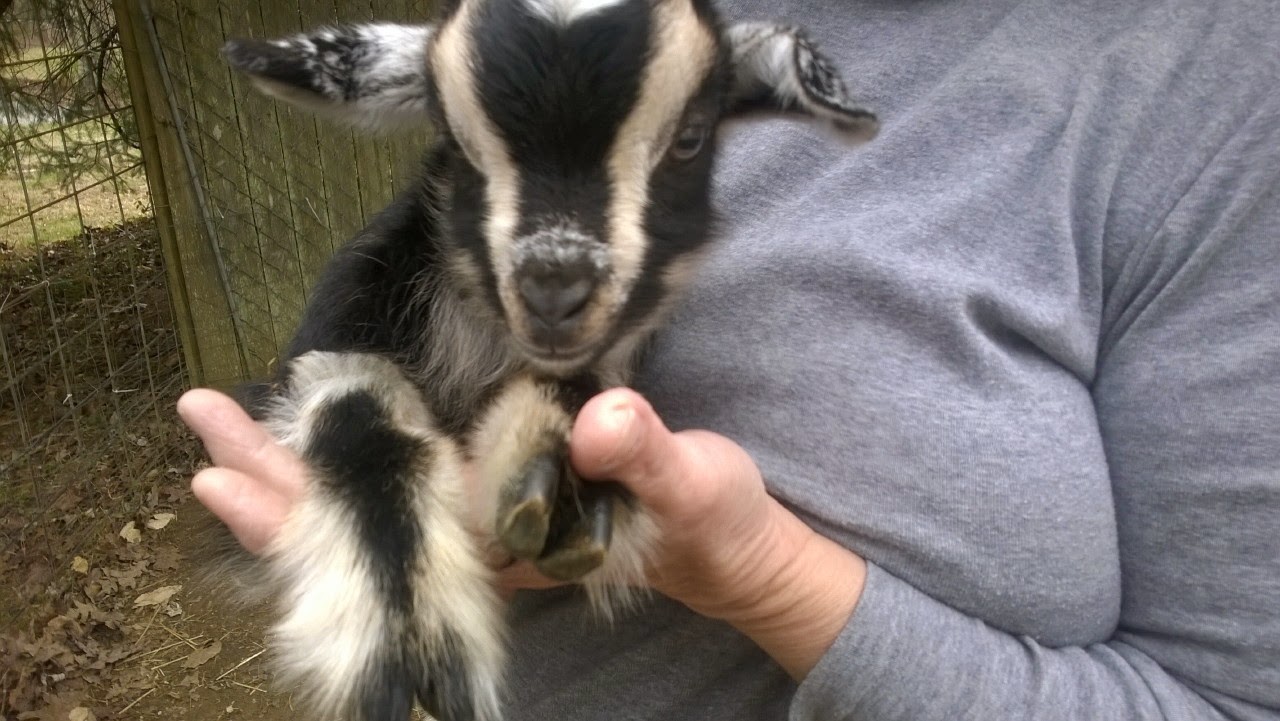 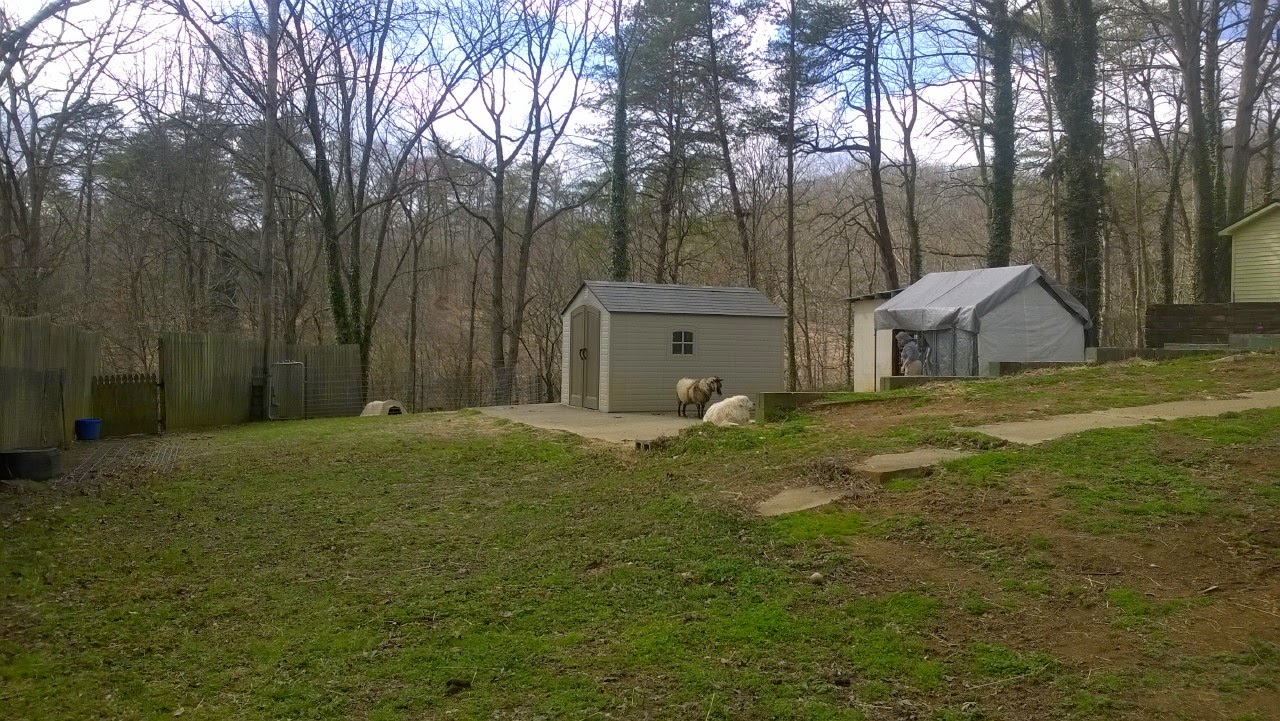 Linda has been a friend of mine for a very long time.
We met on the Internet! GASP!
(It was on a weaving list and we have been sharing and creating together ever since)

Max, her Great Pyrenees dog who guards the goats from coyotes, wolves
and nasty neighbor boys who try to torment the goats! 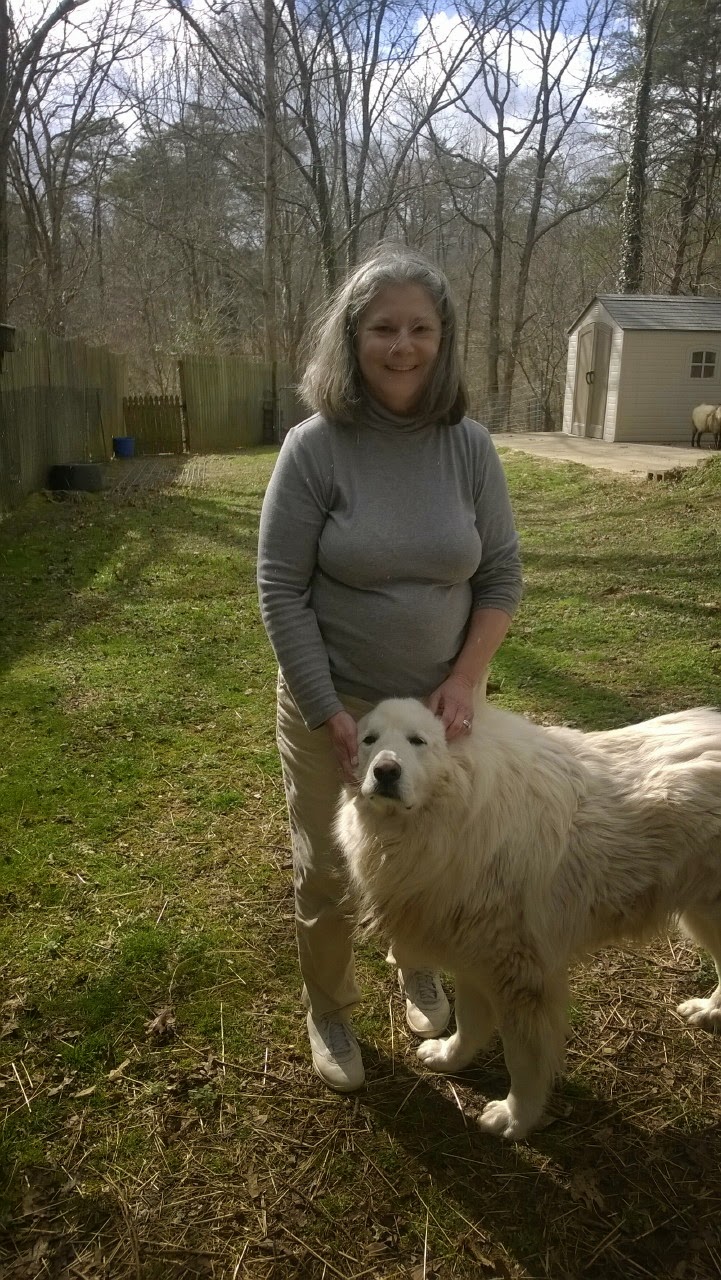 Two years ago, Linda bought a Newcomb Studio rug loom from me.  Now she would like to sell it back to me to make some room in her studio for another loom she just bought.  Sooooo we hauled out the tools and Steveio helped us disassemble the loom. 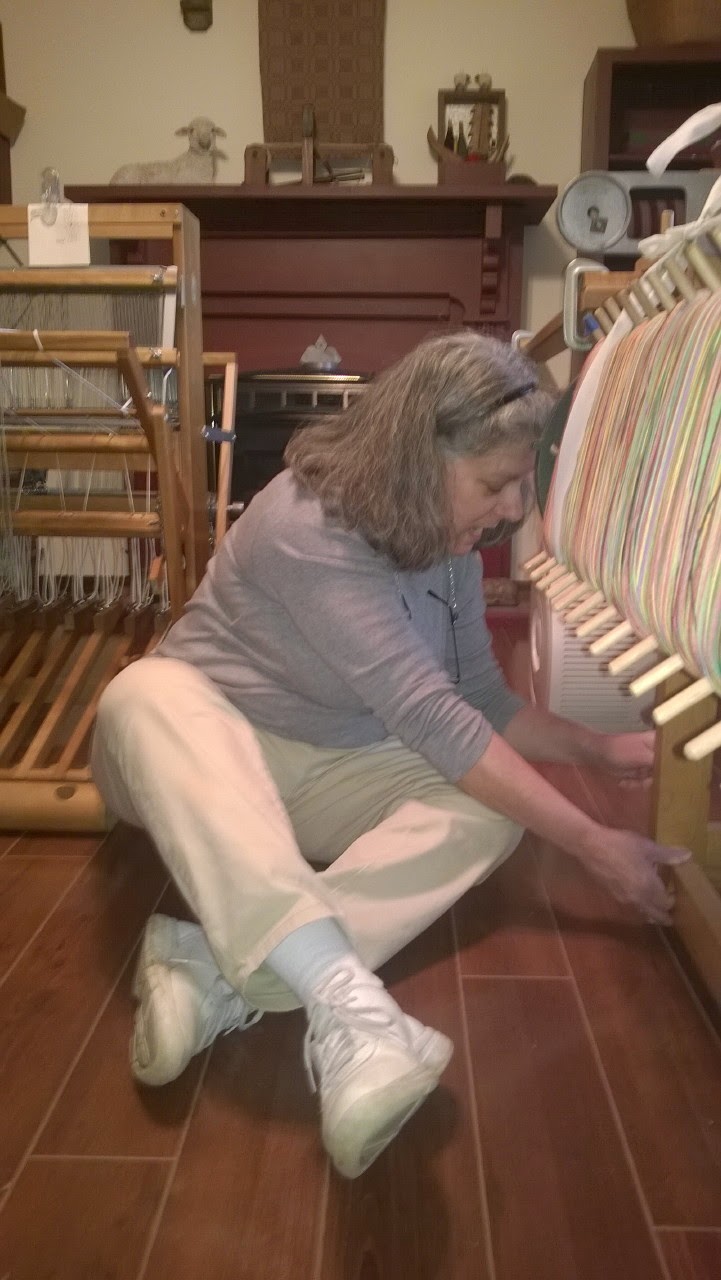 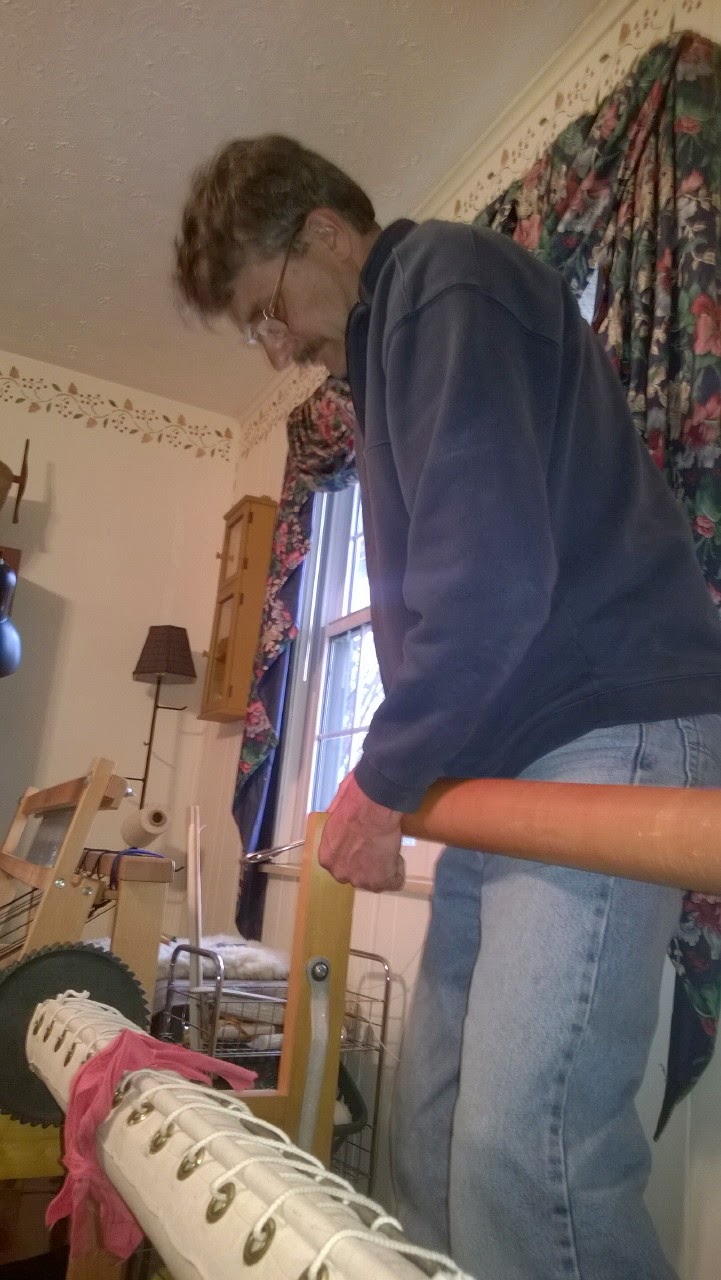 Ahhh this is where I belong, under the loom, tearing it apart piece by piece, carefully saving the threading so I can assemble it again fully warped and ready to weave. 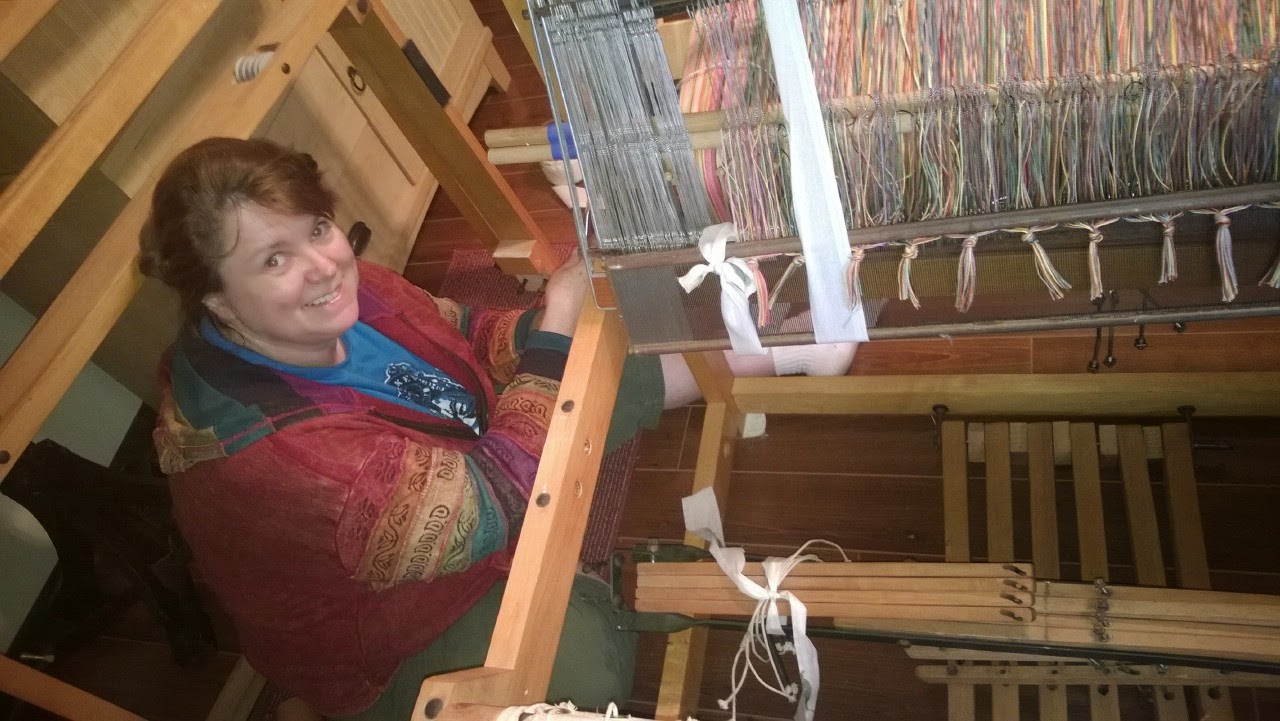 The loom was quickly loaded up into the Tracker, and the other looms re-arranged to take up it's space in the studio. I will do a separate blog post on Linda's weaving studio at a later date. I took a bunch of pics of her special place and will share them later.

We went out for a nice dinner and enjoyed an evening of laughter and good stories.  Soon it was nearing 8 pm and we were taking up valuable space in the restaurant.  Time to head out, we were very tired and said our goodbyes.  We drove back to the RV park and hit the sack, totally worn out, but locking our Tracker with my valuable loom safely inside. Ahhhh

We got up early, dumped our tanks, and headed out of the park.  It was time to put on some MILES....  we looked at the weather and Thursday was good to travel north from Tennessee, but Friday was going to be windier and some gusts of 30-35 miles per hour!  Moving a 40 foot long rectangle down the road in wind is not a fun task....   So Steve decided we should put on some miles and see how far we can get.  Home is 700 miles away, but we didn't want to drive that far... or so we thought!

We hit Chicago during rush hour about 5 pm.  Oh well, let's wing it. If we get slowed up in traffic, I could get up and fix supper while we wait.  NOT!  We breezed right through!  Only in one part did we slow up a bit to 45 before a toll booth, but then it smoothed out again.  After $15.85 in toll fees spread among the five stops, we just blew on through Illinois. By 6:26 we were entering Wisconsin!

By golly we were going to make it home from Tennessee to Wisconsin in one day!

We did take one more break in a parking lot at Port Washington, to make up a quick supper on board.  We fired up the generator to use the microwave and warm up some shredded chicken we had in the freezer.  I took out some of those fresh Florida tomatoes and made up a batch of delicious tacos for our last supper on the road. 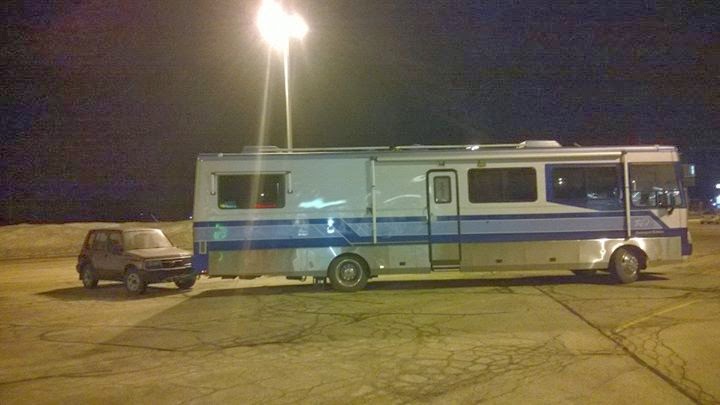 We let the dogs out to do their thing and oh my... it was a huge snowbank surrounding the entire parking lot!  No more sandy Florida ground, no more grass, no more springtime. 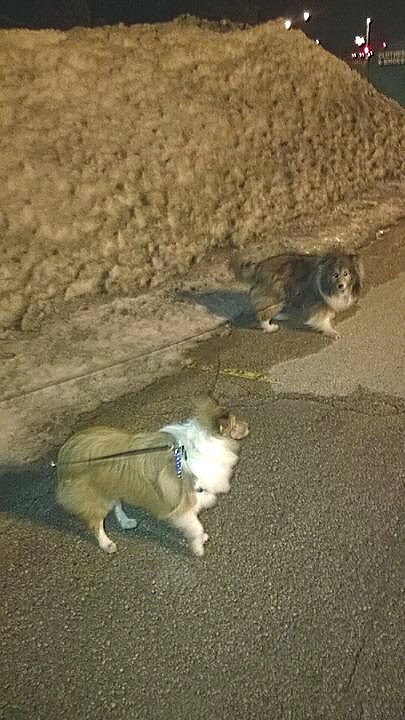 Tossed the dogs back into the rig, and went the last 70 miles home in the dark.  We sure do not like travelling after dark.  The headlights are dimmer in the Safari than they should be, due to a problem in the original design.  We don't often drive at night, so we never considered re-working them.  Steve is now researching the "fix" that many Safari owners have done to increase the voltage drop and rerouting new wires through some relays to make them work at their normal capacity.  Just replacing the headlights with brighter LED bulbs don't make any difference, we have to do the rewiring to fix the problem.

We cruised in the last few miles, with relief and thankfullness... knowing our rig drove us flawlessly for 2,613 miles.  We pulled into our waiting yard, with very little snow on the ground.  We had called the neighbors ahead of time to see if we needed to alert the plow guy to come and clear a path for us. The new parking pad in the back was still frozen solid, so we didn't have to worry about sinking into the gravel.  The rig was parked, and we unloaded a few freezable things into the house as the dogs rushed into their little fenced in potty yard to do their thing! Ahhhh home!  Steve put a small heater in the water compartment bay to keep things from freezing up, as the temps were hovering at 32 degrees.


We carried up the two doggie bed pads into our bedroom,
and both doggers gratefully went to bed...
at HOME! 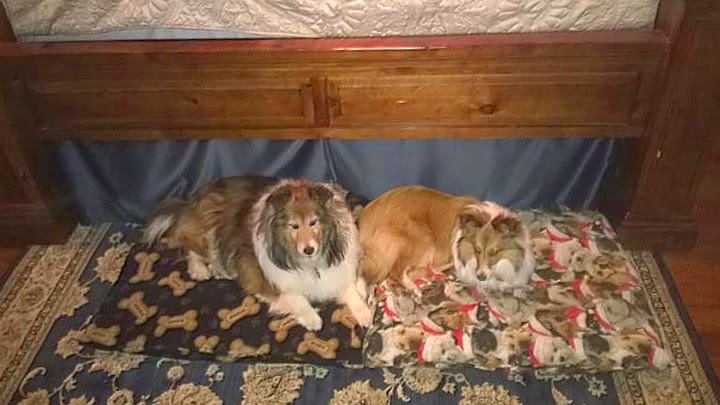 Posted by KarenInTheWoods at 9:13 AM