Day in, Day out.
Five days a week.

Week in, week out.
Fifty two weeks a year.

Usually to plow things out,
fix things up,
make things work
and deal with the bureaucratic junk
of working for the government.

For the years of crazy, tumultuous, stressful,
mostly unappreciated work for the State of Wisconsin at UWGB.

Not to say it was ALL bad, but he suffered through
many years of very low wages, huge budget cuts,
and big deductions from paychecks that should have never happened---
due to broken contracts by our governor.

(but the last four years at High Cliff were the BEST!)

Yup..... that is what Steveio accomplished to earn this retirement.  Minus, of course, his earned vacation days.  It was time to let it all go. Time to retire.

He really gambled on chance this morning. You see, last night he didn't set his alarm clock!  Oh gasp!  I asked: ''What if you oversleep?''
He replied:  ''What is my boss gonna do? Fire me?''   bwahaahaaaa~~~~ 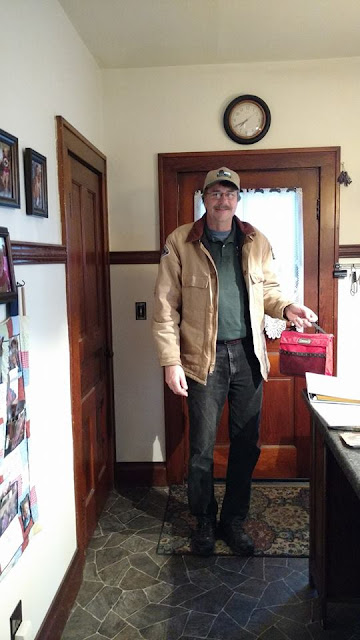 The guys sure seemed to break a lot of things for him to fix on his last day. I think they wanted to make him feel like he needed to stay!  They busted the passenger mirror off the snowplow. They also plowed over the plug covering a valve (with a big rock he put on top to make sure nobody plowed over it). He even fixed a broken screen on the sliding customer service window for the drive-up at the office. That will be good for next spring. He had a full day.

Coworker Ranger Jeff surprised Steve with a very thoughtful gift!  A Stormy Kromer hat!!!  Anyone who knows anything about woolen winter headgear in Wisconsin knows about Stormy Kromers! 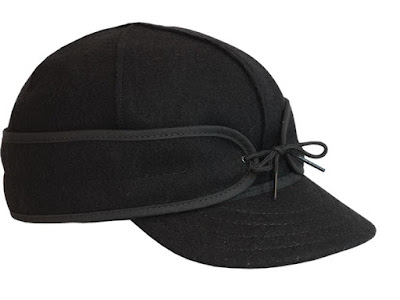 and here is the
History of the Stormy Kromer Cap

He modeled it for the office staff. 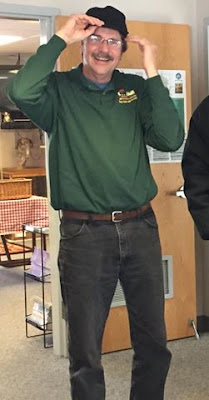 The Stormy Kromer cap is a wool hat manufactured by Stormy Kromer Mercantile.[1] The hat is popular in the Midwestregion of the United States and with hunters and outdoorsmen.[2][3] It is named for George "Stormy" Kromer (1876-1970),[4] a semi-professional baseball player who later worked as a railroad engineer. Kromer lost many hats to the wind while working on trains, and in 1903 he asked his wife Ida (1877-1960) to make him a warm hat that would stay on more securely. She modified a baseball cap[5] into what became the Stormy Kromer cap by sewing on a pair of ear flaps.[2] A summer version, made from pillow ticking,[6] remains in use among modern American train engineers, and variants with red or blue polka dots were formerly popular in the early 20th century.[7]

Statue of a Stormy Kromer cap located near the factory in Ironwood, Michigan
Due to popularity with other employees of the railroad, the Kromers formed the Kromer Cap Company in 1903 to produce the caps.[2][8] In 1919, due to ever increasing demand, the Kromers opened a factory in Milwaukee, Wisconsin.[3]George Kromer sold the company in 1965 to Richard Grossman.[9] In 2001, the Kromer Cap Company planned to cease production of Stormy Kromer caps.[2][10]The rights to the caps were purchased by Bob Jacquart, owner of Jacquart Fabric Products, and production moved to Ironwood, Michigan.[1] Stormy Kromer Mercantile was formed, increasing production to over 50,000 caps annually from the previous 3000-6000 caps.[1][2]

The president of the Friends of High Cliff Organization, Char, stopped by with a lovely box of homemade caramels and chocolates.  One of his favorite volunteers, Ben, stopped by with a jar of homemade honey!  So many folks made time to stop and talk to him and wish him well, give him cards and say encouraging words.  It was quite a day for him. After the two surprise parties on Friday and now this. He was humbled.

After his normal 8 hour day, Steve drove on home to hang up his jacket and take off his state work shirt for the last time. He threw out his lunch box into the trash and said ''Honey, I'm Home'' for the last time. 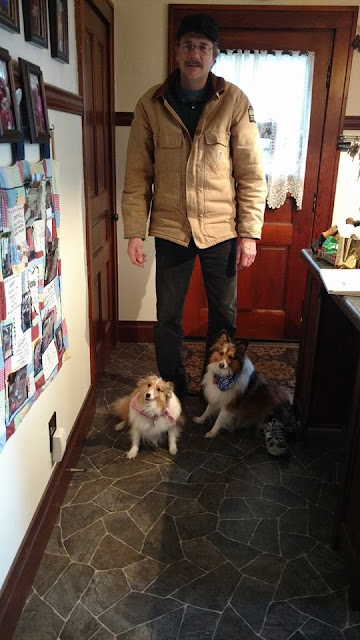 I think the dogs knew something was up.  I hugged him tight and kissed him good and told him to get busy and start retiring now.  LOL... He hopped in the shower and we settled down with a good meal.  We cooked steaks on the grill to celebrate, and we opened a bottle of wine and toasted to the new chapter in our lives.

Not sure what we will do next. We usually eeked out a quick winter getaway vacation down south or out west while he was still working. But we are considering to stay put this winter and save the pennies. Then, come springtime, we can really leave and go west to places we have not been able to go to during the summer months. He was always needed at work so much during the summer, that the winter months were about the only time he could use up any vacation hours.


Maybe we can go see places like:
Looping around Lake Superior again - like we did on our honeymoon.
Or maybe see the Rockies.
Or Yellowstone.
Or Glacier National Park.
Or up into Canada to Banff and Lake Louise.
Or Alaska.

But for now, I think my guy just needs to RELAX! 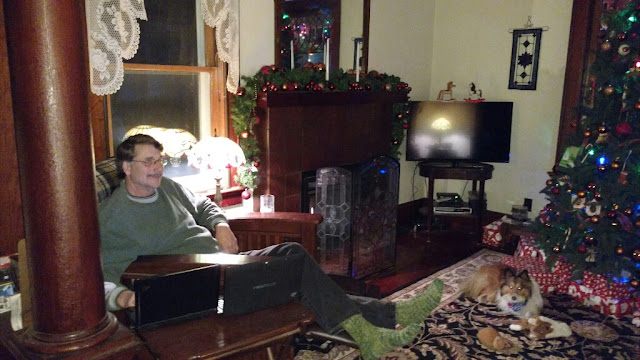 Posted by KarenInTheWoods at 8:51 PM