A Poopy Job in a Campground -- and RVing Friends Visit


So you think working in a campground is fun?  Well, most of the time it is.  But not always!

As you know, Steve is in charge of the facilities maintenance at High Cliff State Park.

Steveio got the report that the dump station was clogged up, so he had to go and investigate.  It seems some brainless NIT WIT (to be kind and not swear on my blog)  stuck something down in the hole at the park for dumping RV holding tanks.  Nobody could dump their tanks, and the few that tried, had their hoses back up and fill the whole catch basin... so that had to slowly seep down before any investigative work could begin.  NOT a great way to start a Monday morning!!! 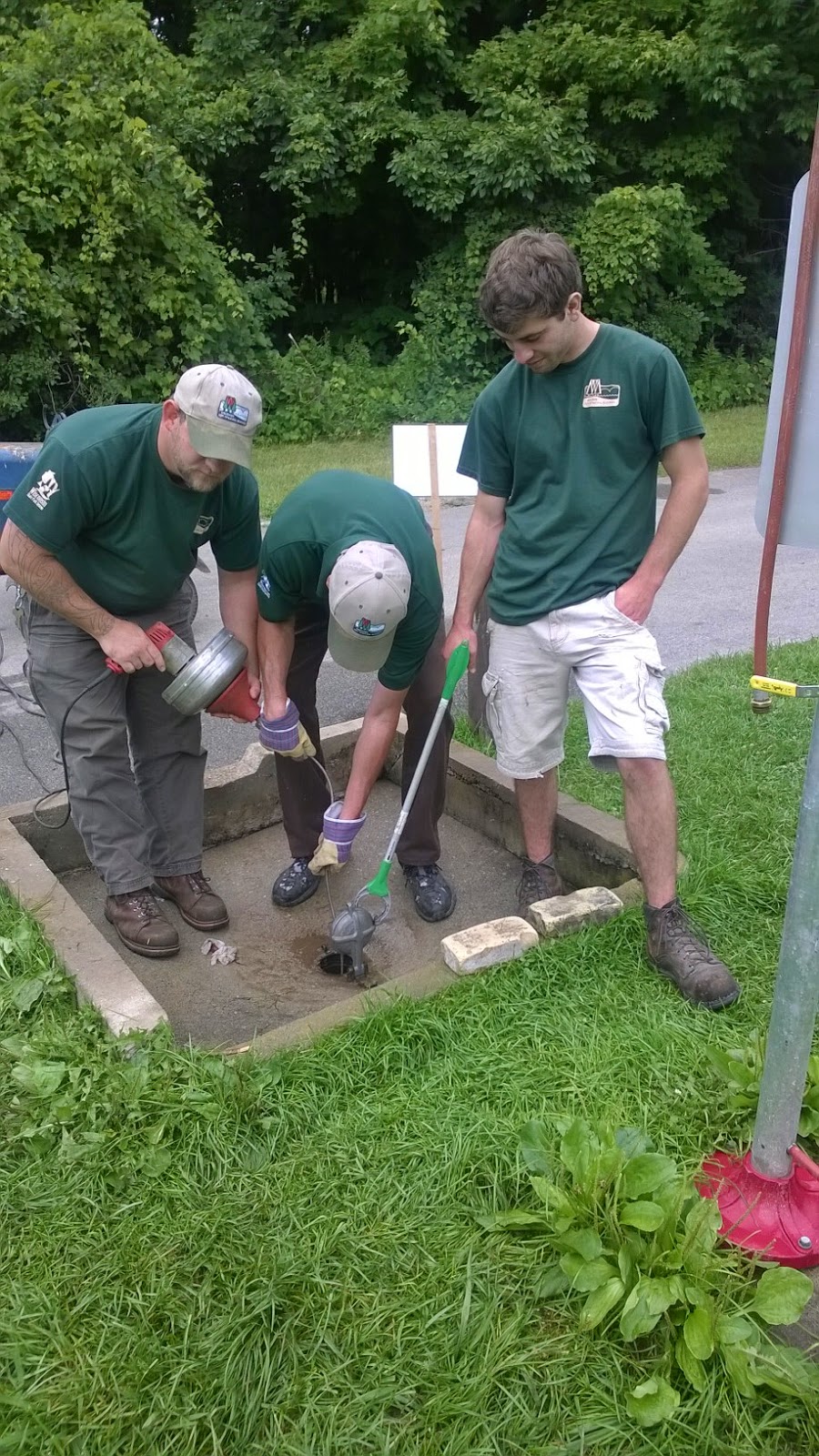 Trying first with an auger, then poles and hooks, then pressure hoses, and finally having to use the backhoe and chains and pull up the pipe to get down to what was plugging it up.  The process also necessitated crawling down in the nearby manhole to remove the object.... ewwwwww 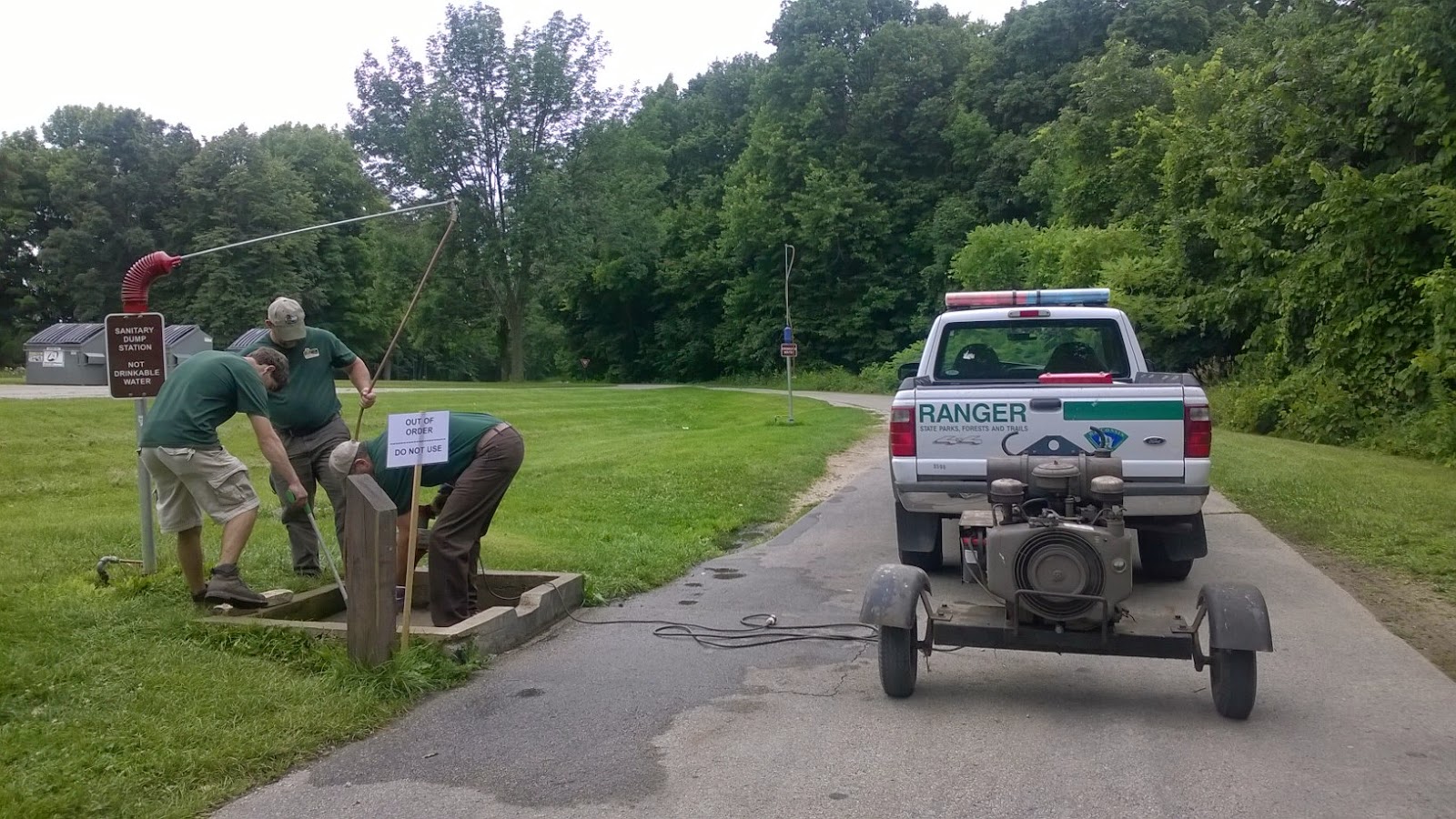 After using up 7 hours of valuable man hours of three workers to dislodge the item, it turned out to be a Gatorade drink bottle.  ARRRGGGHHHHHHHHH!!!!   It was a firm hard plastic reusable drink type bottle that would not just squish down like a disposable water bottle.

Some brainless idiots (being kind here) just don't realize that someone has to go to a LOT of work to remove their stupid stunt.... when strained budget and available man hours don't let other routine work get done either.  I bet they enjoyed the lovely park that day, and it's lovely BECAUSE of the hardworking people who keep it that way.  So instead of getting their own work done, the guys had to spend most of the day troubleshooting and taking care of this stupid act of vandalism!   Plus, there are FOUR dumpsters about 20 steps away from the dump station, so that is no excuse either of a dummy not having a place to throw away their trash and thought sticking it in the hole it would dispose of it??


I happened to be in the park and was able to snap a few pics, because our friends Mel and Paula were there camping for a few days.  It was kinda a dreary on-again off-again rainy day.  So we hopped in the car and ran around the local area hitting a few thrift shops.  Then they took me out for lunch!


(poor Steveio didn't have any time or appetite for lunch while working on the clogged dump station!)


As we went from store to store, finding treasures and even some quilting fabrics... THIS is what happens to husbands who complain that we are taking too long! Heh heh...... 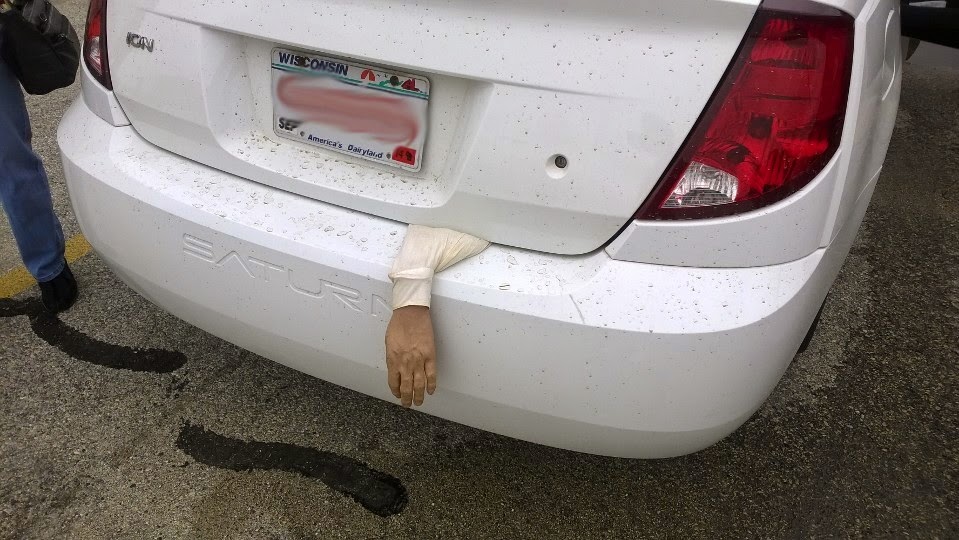 Tuesday was also a kinda hot humid clammy and sometimes shower day....
so what did we do?

We didn't know what the weather would be like, so instead of cooking at the campground, we came to our house to make dinner. When Steve got home from work, we had a nice supper prepared and he and Mel tossed some steaks on the grill.   Ahhh good food, good wine, and friends!  How nice--- 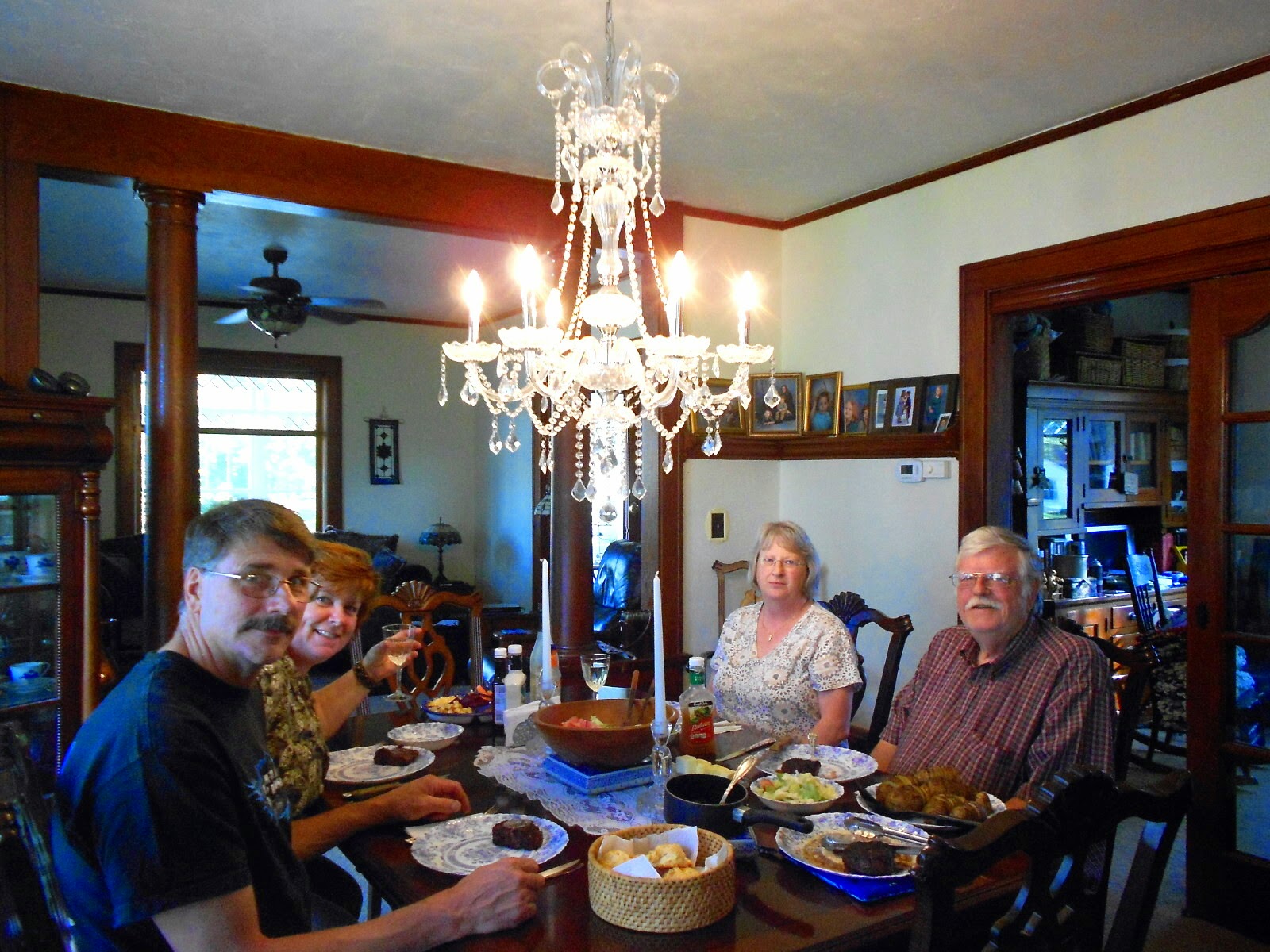 My tomatoes are now ripe and fresh from my backyard,
and this was our first salad to enjoy with garden 'maters!

The weather seemed to finally clear up and dry out a bit.  So we went back to the campground with them to enjoy an evening campfire.  Mel popped in a piece of copper pipe with a bit of old plastic garden hose inside.  This creates the colored campfire on the right. 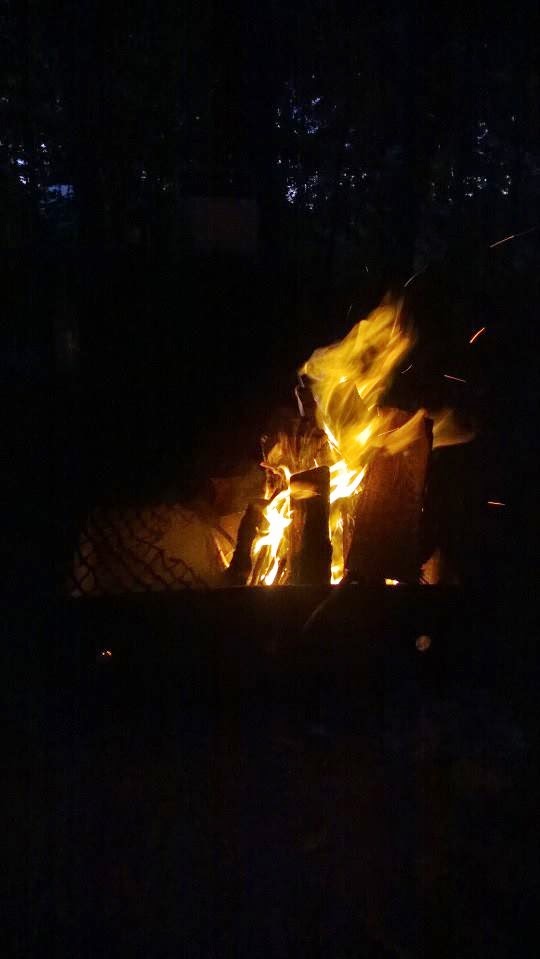 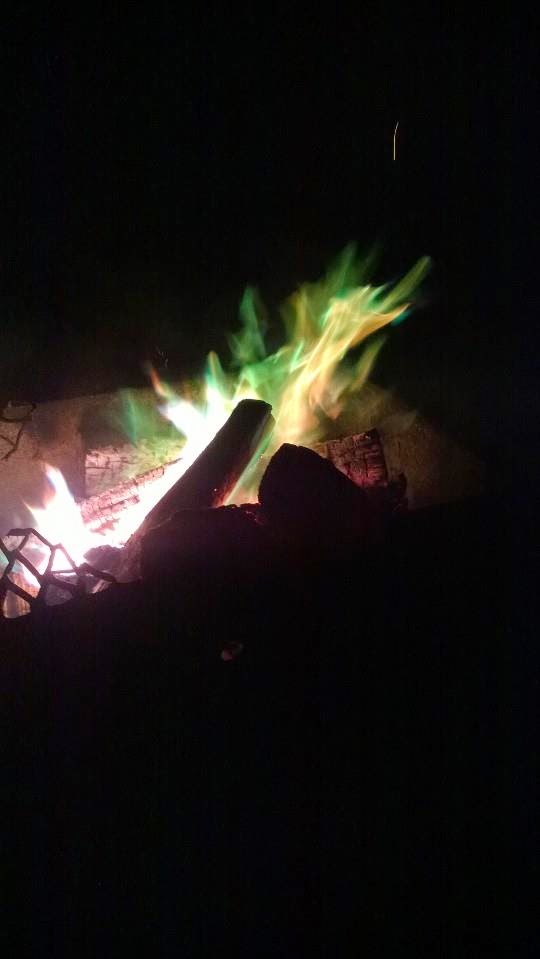 Photos just don't do a campfire justice,
so I will post a video clip here of the actual fire!

Posted by KarenInTheWoods at 9:04 AM