A Memorial Day Celebration in a Small Town, USA

Ahhhh nothing can beat a small-town parade!

We are lucky enough to set right on the parade route in our tiny town of less than 4,000 people----    It goes right by our house and up the road to the cemetery where a program is held among the graves of the soldiers.

The early morning started out with rain rain rain... But by about 8 a.m. it quit so the parade was still scheduled to run.  We brought out lawn chairs and set up on our front sidewalk, bringing along a couple of chairs for the neighbors.


I have always wanted to be "those people" who live on a parade route! 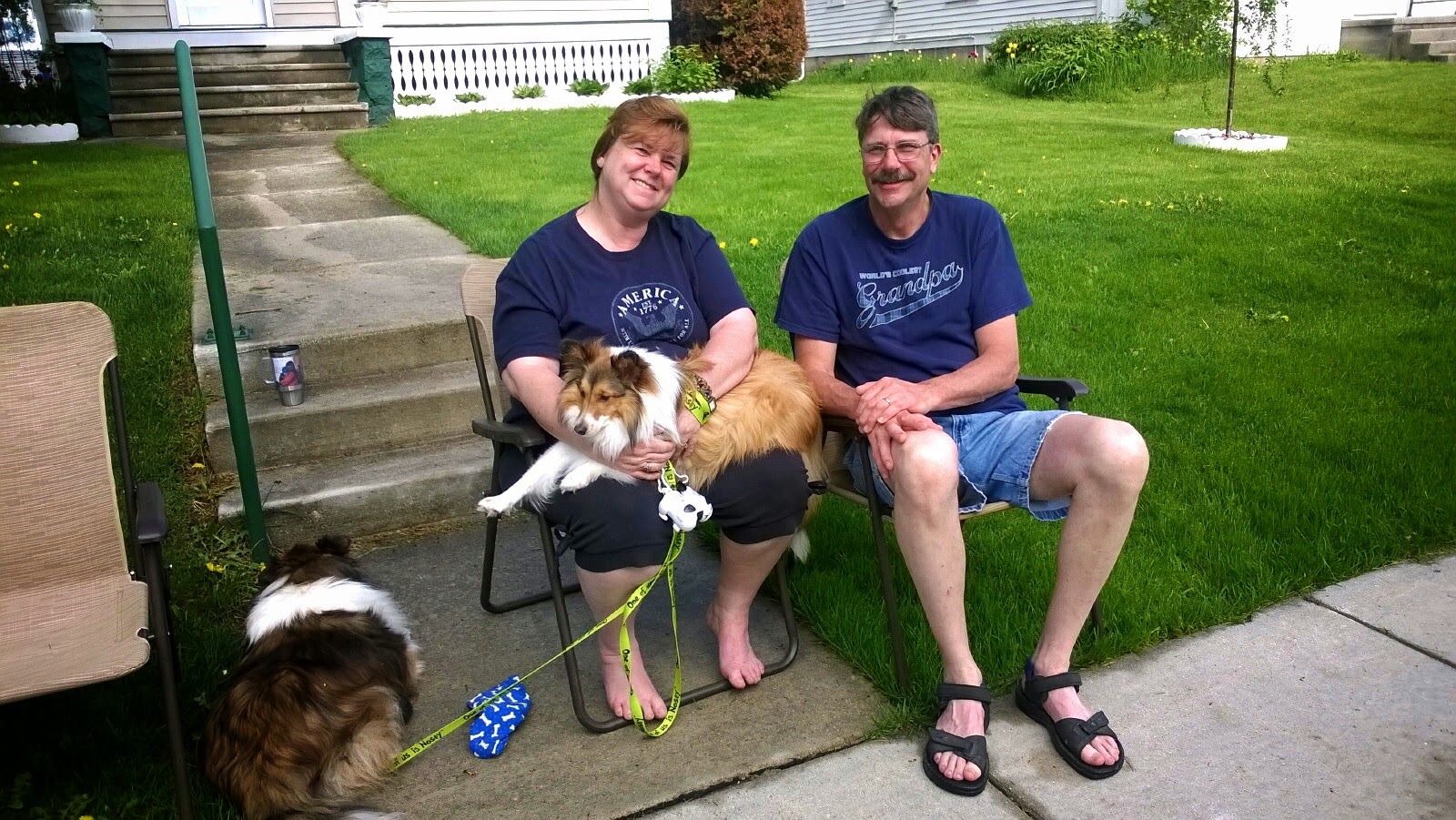 Here come Laurie and RC, our neighbors thru the backyard.
Steve: "When is this thing starting?" 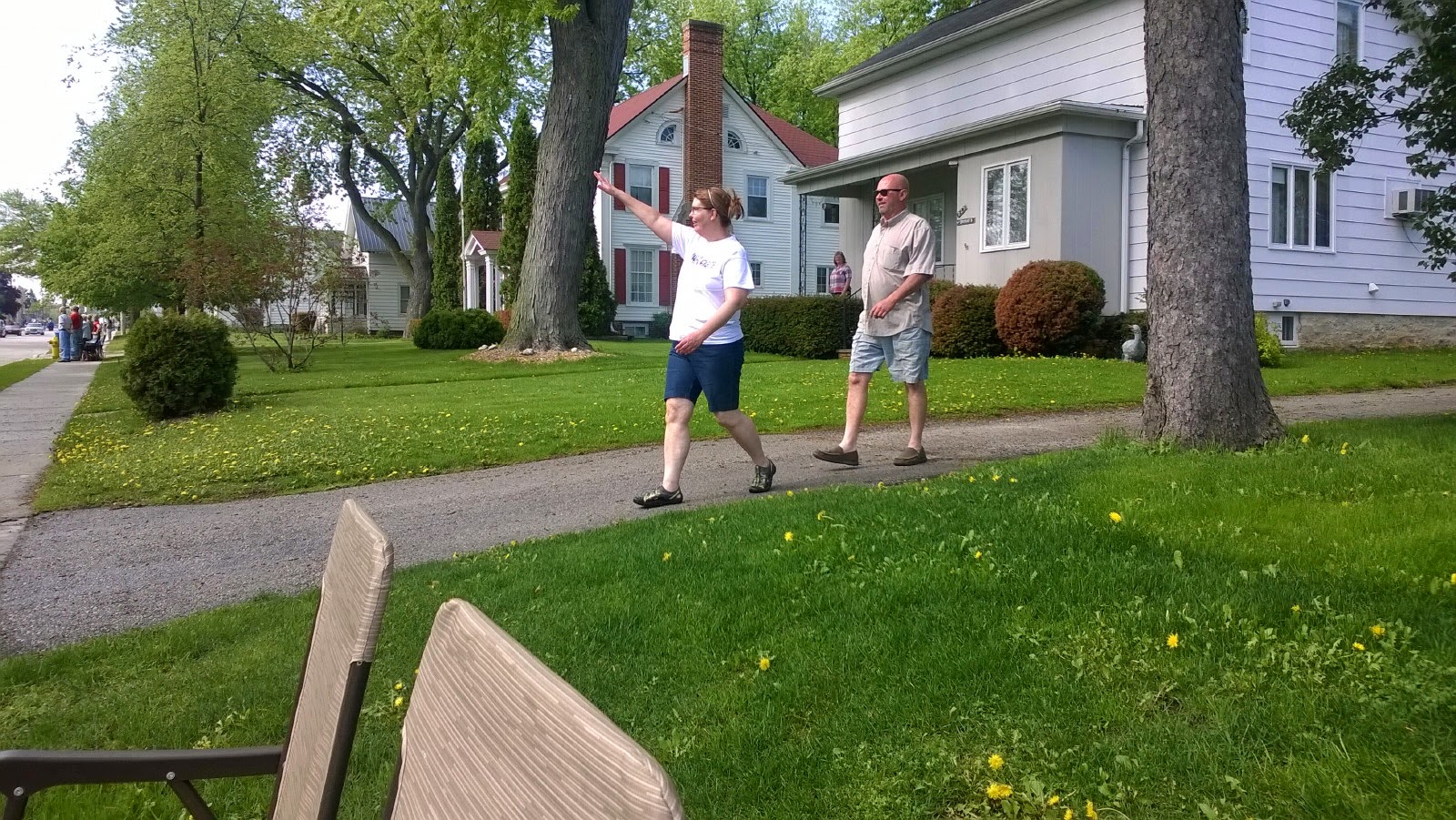 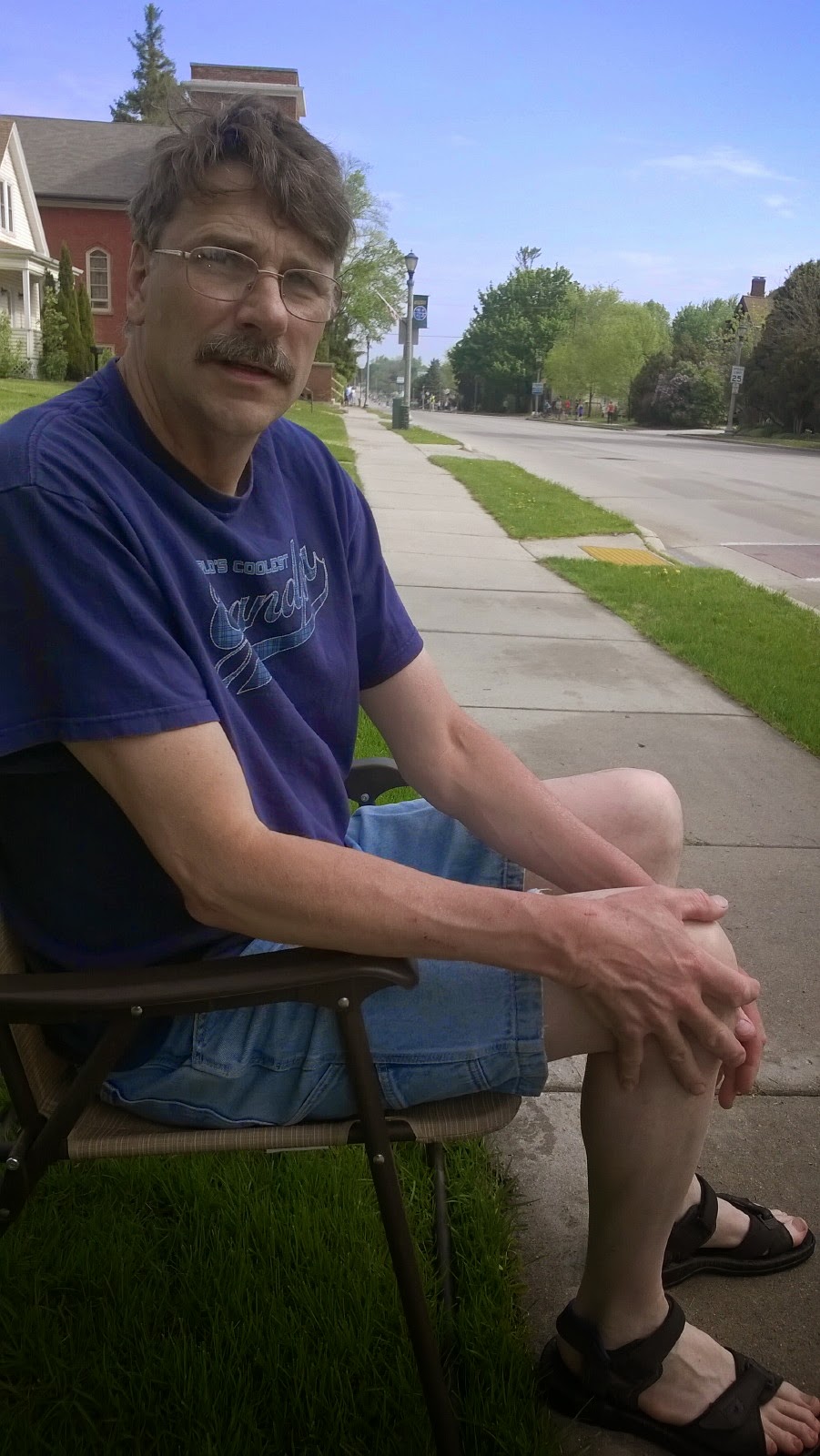 Please... keep in mind, this is a VERY fast parade, about 10-15 minutes long.  I have taken a picture of EVERYTHING in the parade as it happened so you get the feel of a Small Town Parade!

First are the soldiers!! 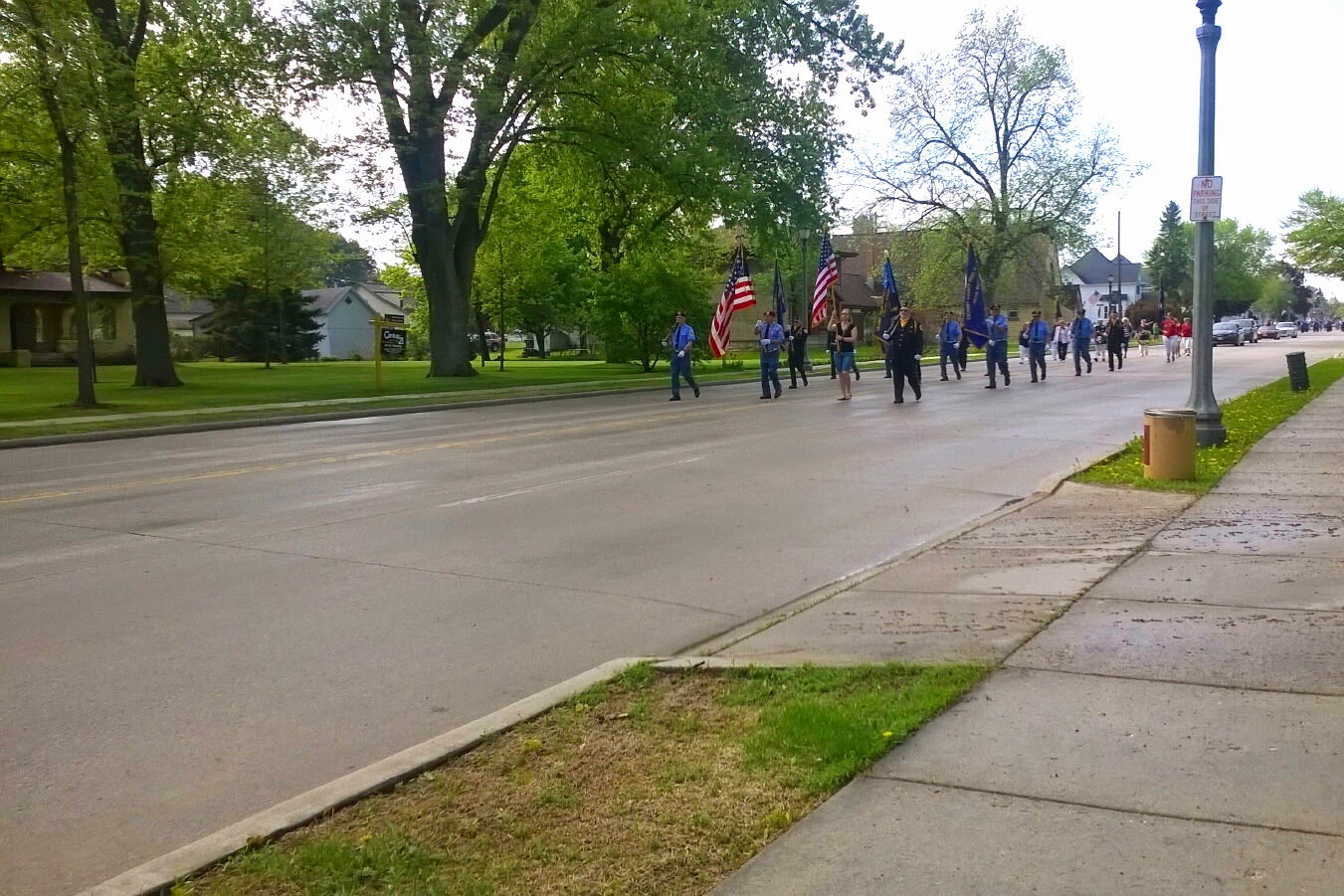 Even our doggers know to stand at attention when the flag goes by! 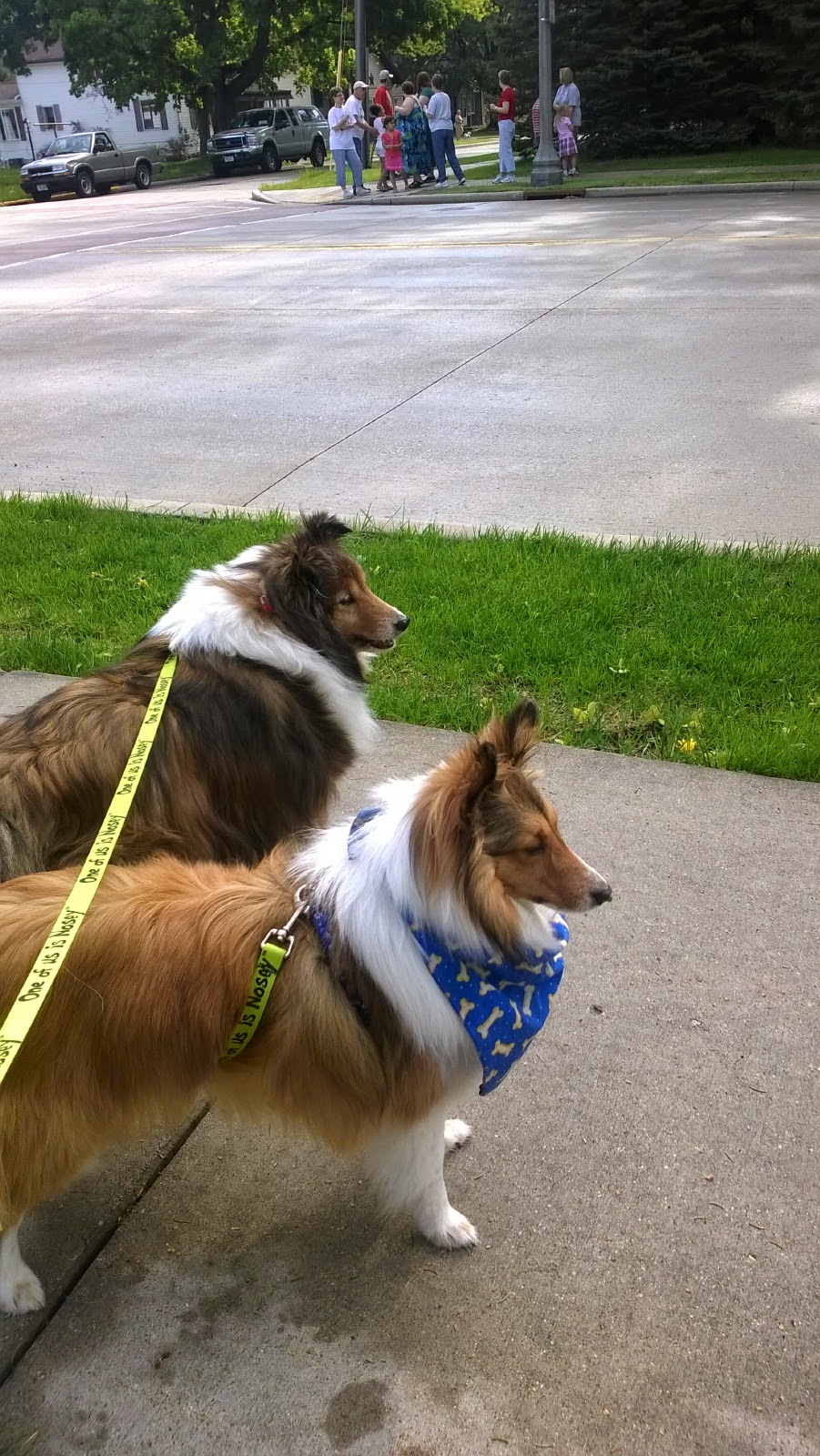 Sad reflection, but it seems every year there are less and less soldiers to march in our parades. 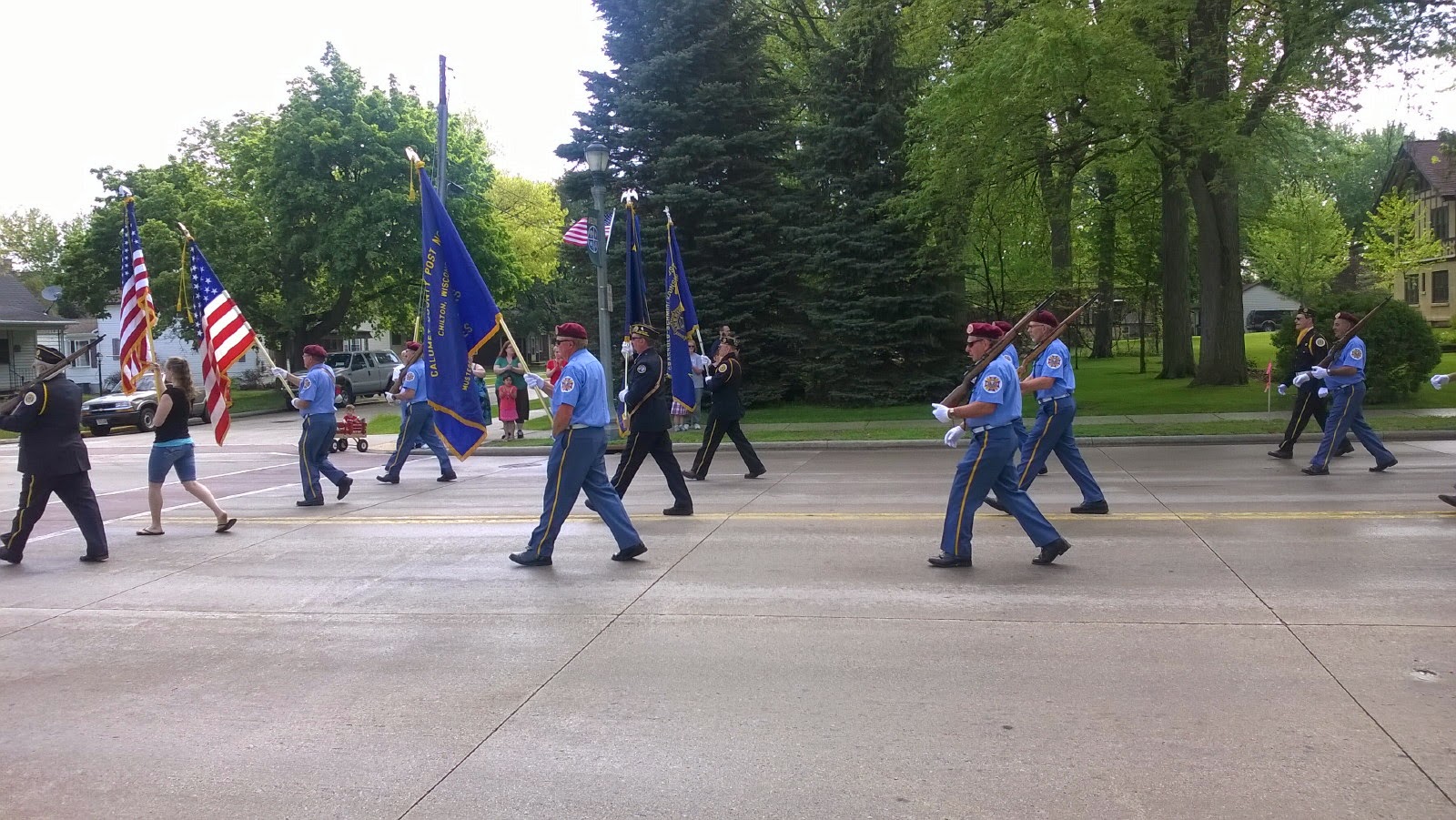 Next in line comes  the Woman's Auxiliary all dressed in patriotic colors.
Behind every good soldier, there is an army of women supporting him!
Wives --  Mothers -- Sisters -- Aunts -- Daughters and so on 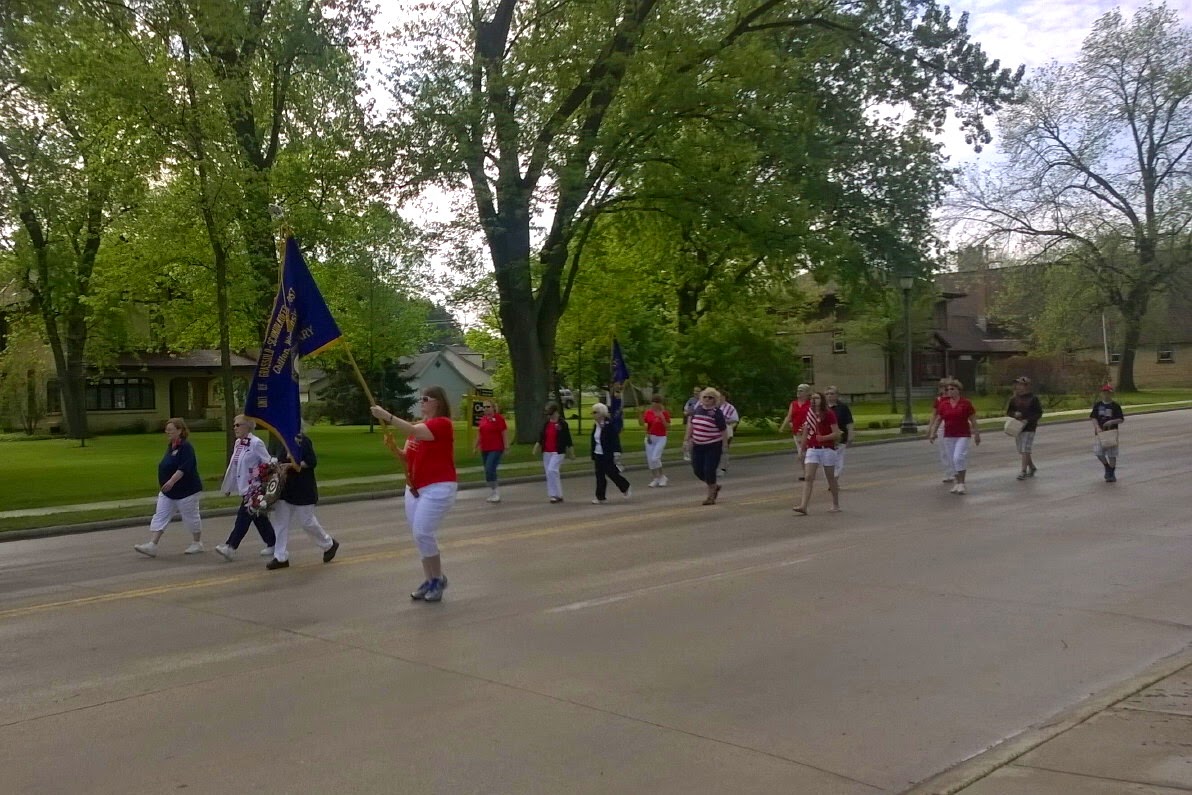 Every parade MUST have a Poppy Princess---
Isn't she so cute?   She was doing her "parade wave" just like Jackie Kennedy! 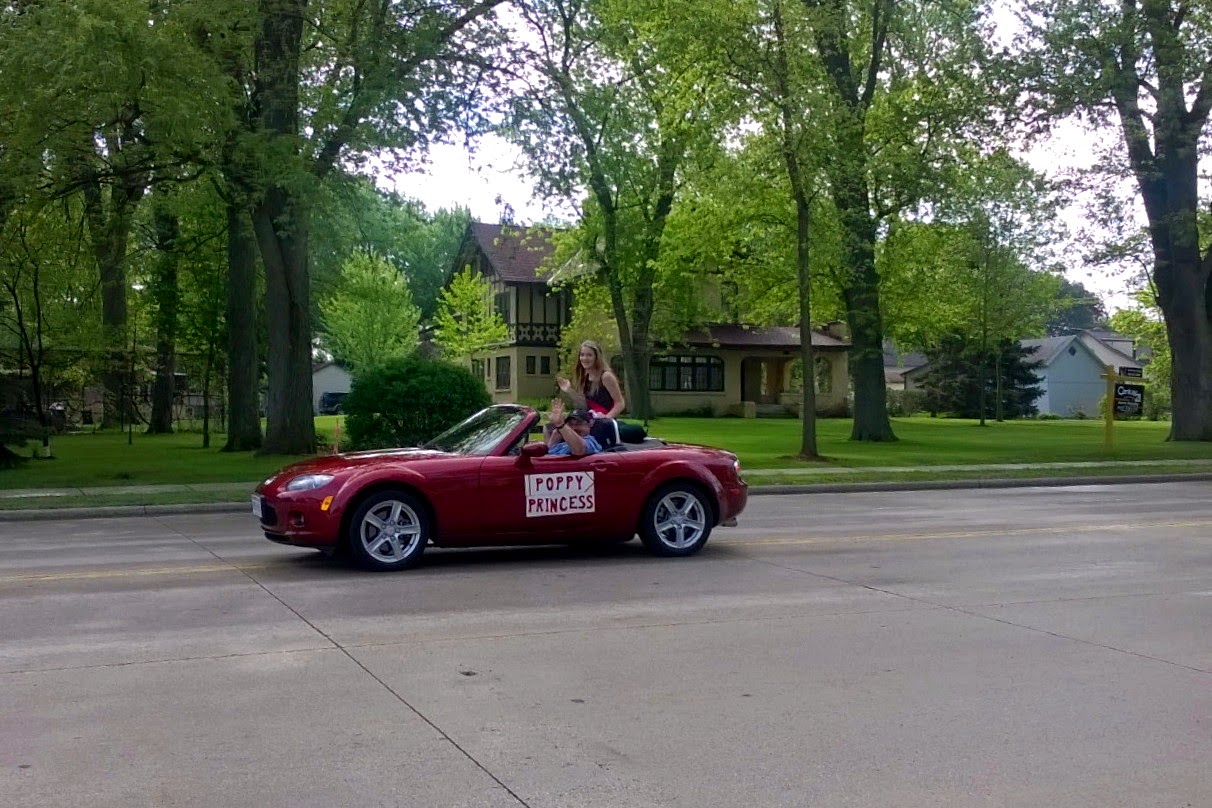 Oh my!  Here come's the music!
In this tiny parade, we got to have TWO marching bands!
Playing patriotic music all the way... no marking time, just one wonderful song after another. 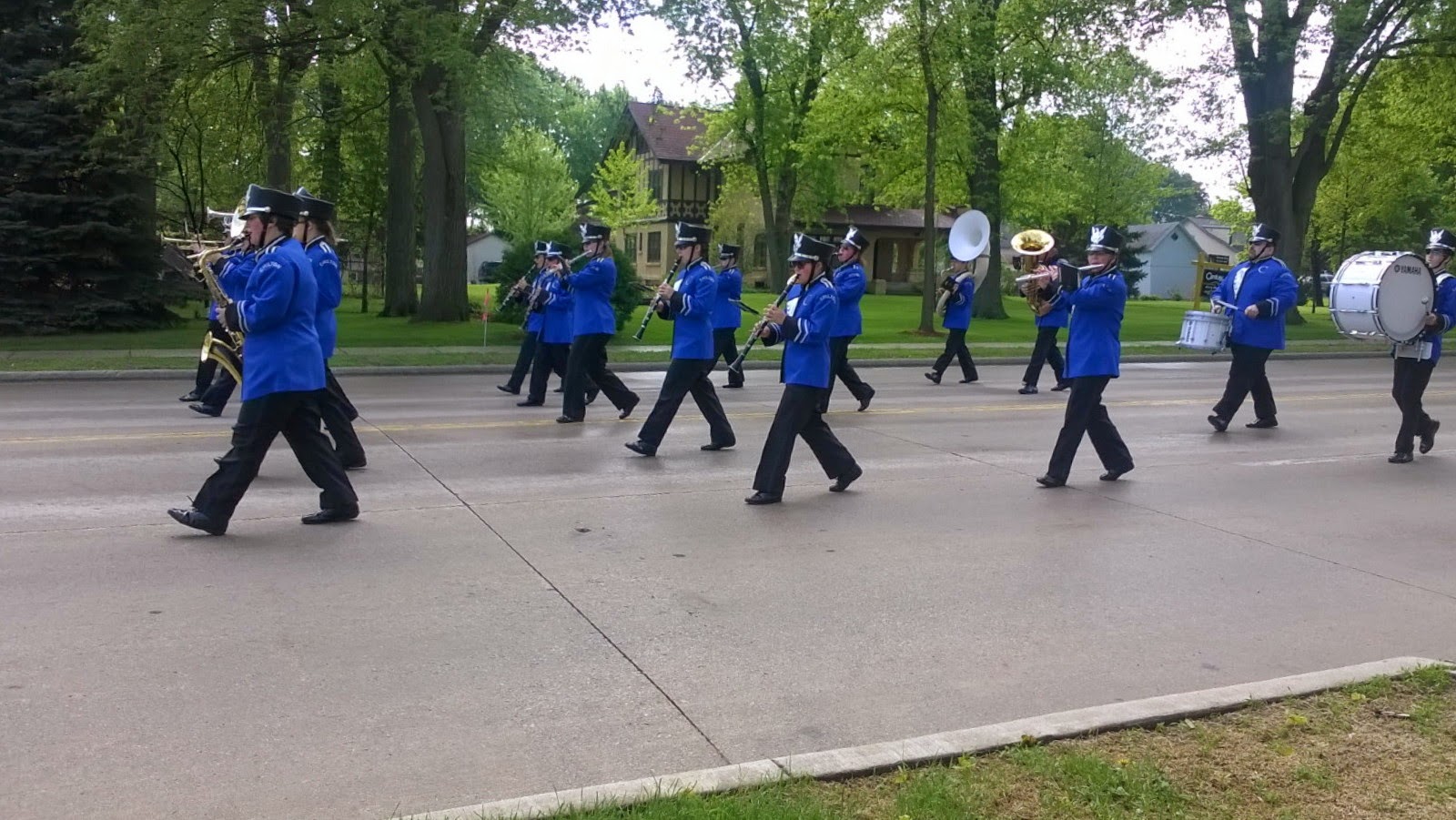 I just love seeing their uniforms and instruments all shiny and blasting.
So glad that even with so many of the schools cutting out the music programs,
that we still have enough students who love music, and have bands to march in our parades.


AHHHHH  then come the Boy Scouts!!!
They trudged along, scraping their shoes on the cement.
I don't think they REALLY wanted to be in the parade, but yes, there they were trying. 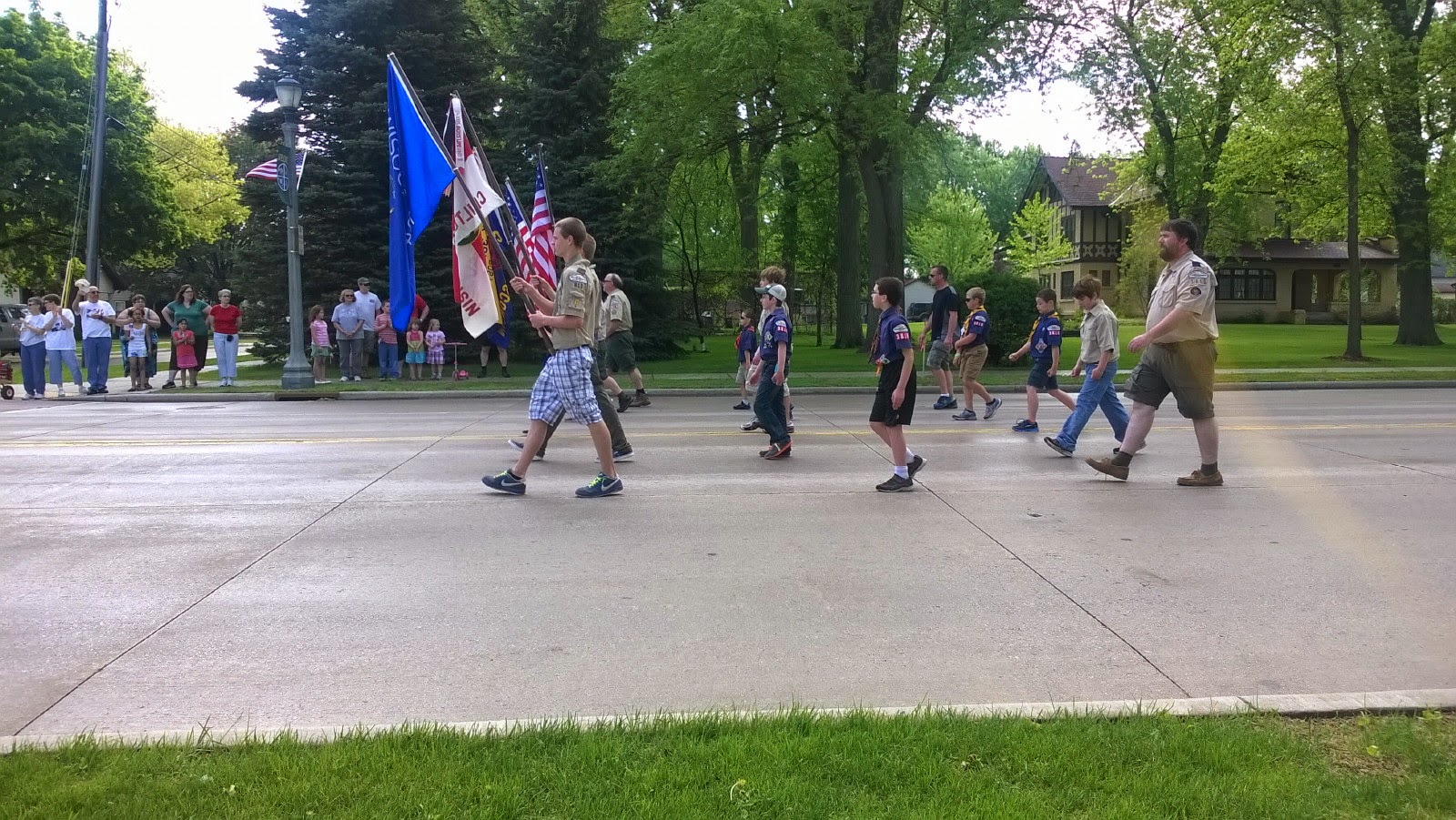 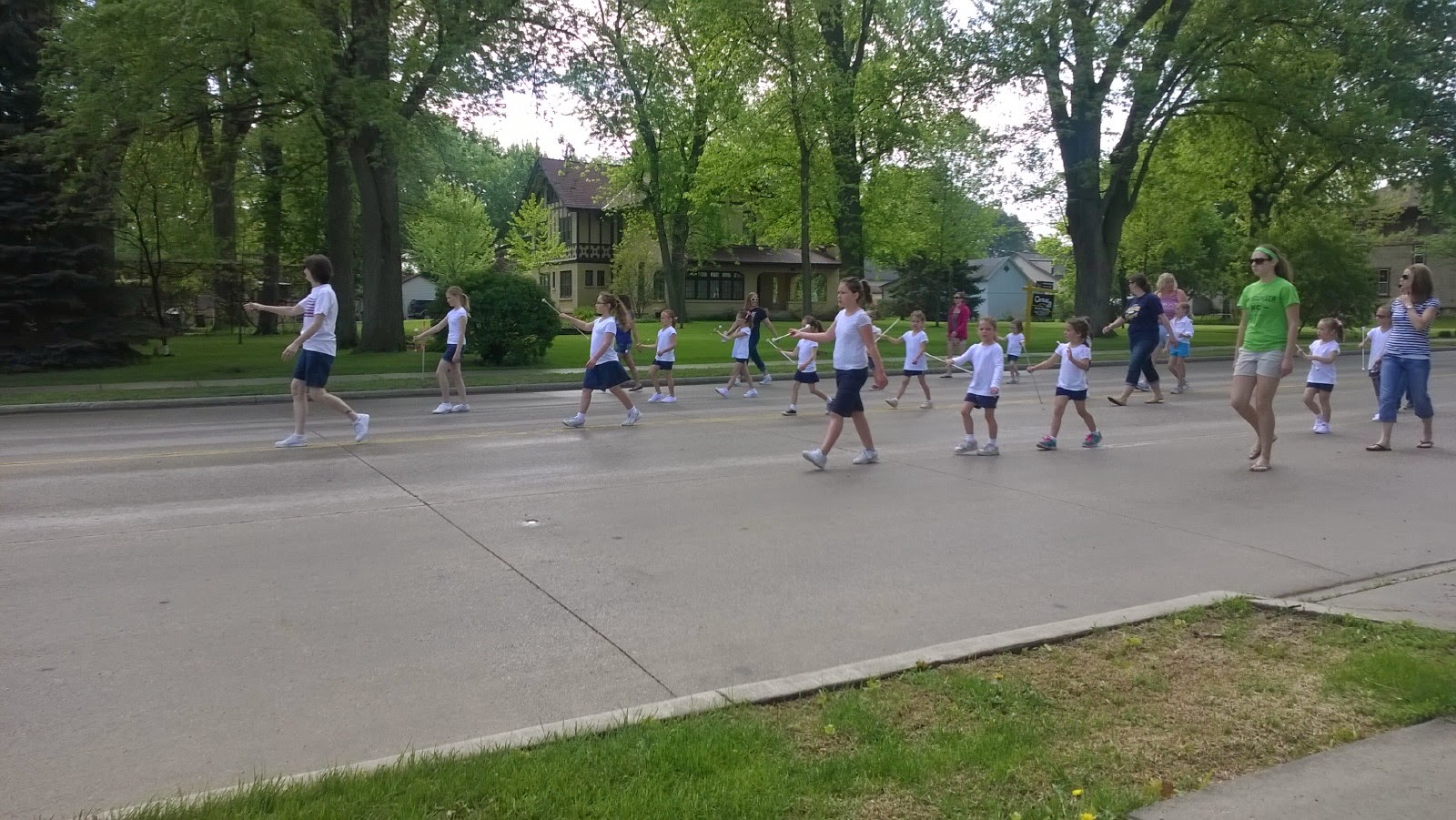 Here is comes, the next band! 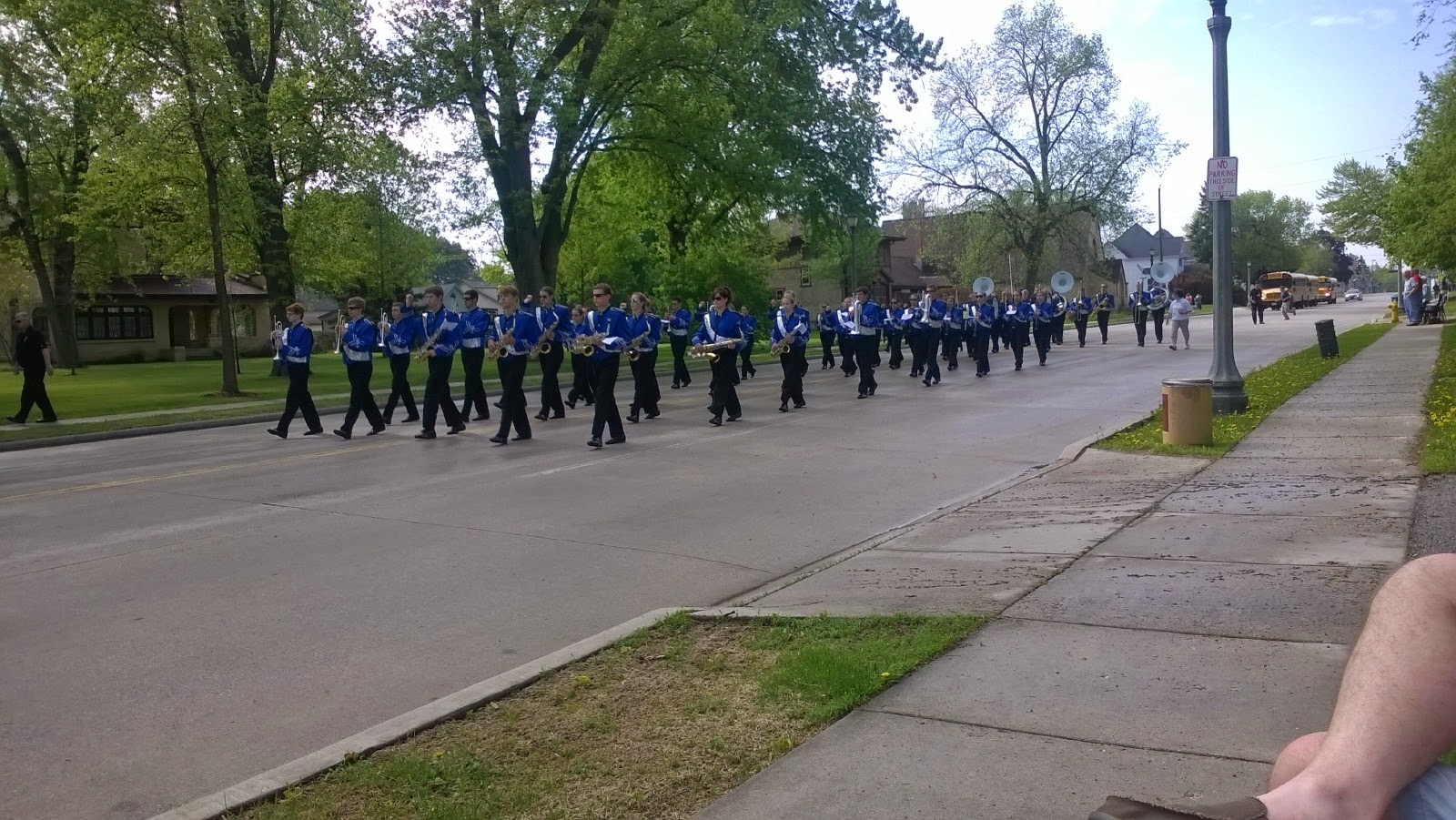 I was even able to video record the music they were playing,
but it starts out wiggly.... why?
Because little Finnegan decided he didn't care for the booming drums!
He was wobbling around on my lap while I was holding the video camera.
But then he settled down and the rest of the song can be enjoyed.

That was followed up by the mayor in a car, and the buses to haul the band members back from the presentation at the cemetery.  That was it.  End of parade!  No commercial floats, no candy throwing, no congressmen shaking hands and kissing babies.  No hawkers of gee gaws along the edges of the crowds.  Nope...  Our little small town parade on Memorial Day is just that... a memorial of Honorable Patriotic Americana for the day set aside to remember those who fought to keep our country safe.

I just love it!  What a fitting tribute.

Later in the afternoon, the daughter of the original owners of our house came by... she brought some family photo albums so I could scan in some pics of our house over the years.  Here is one from when it was first built!  She is thinking it's only a couple years old in this pic, but there's no date.  It was started in 1913 and finished up in 1914. 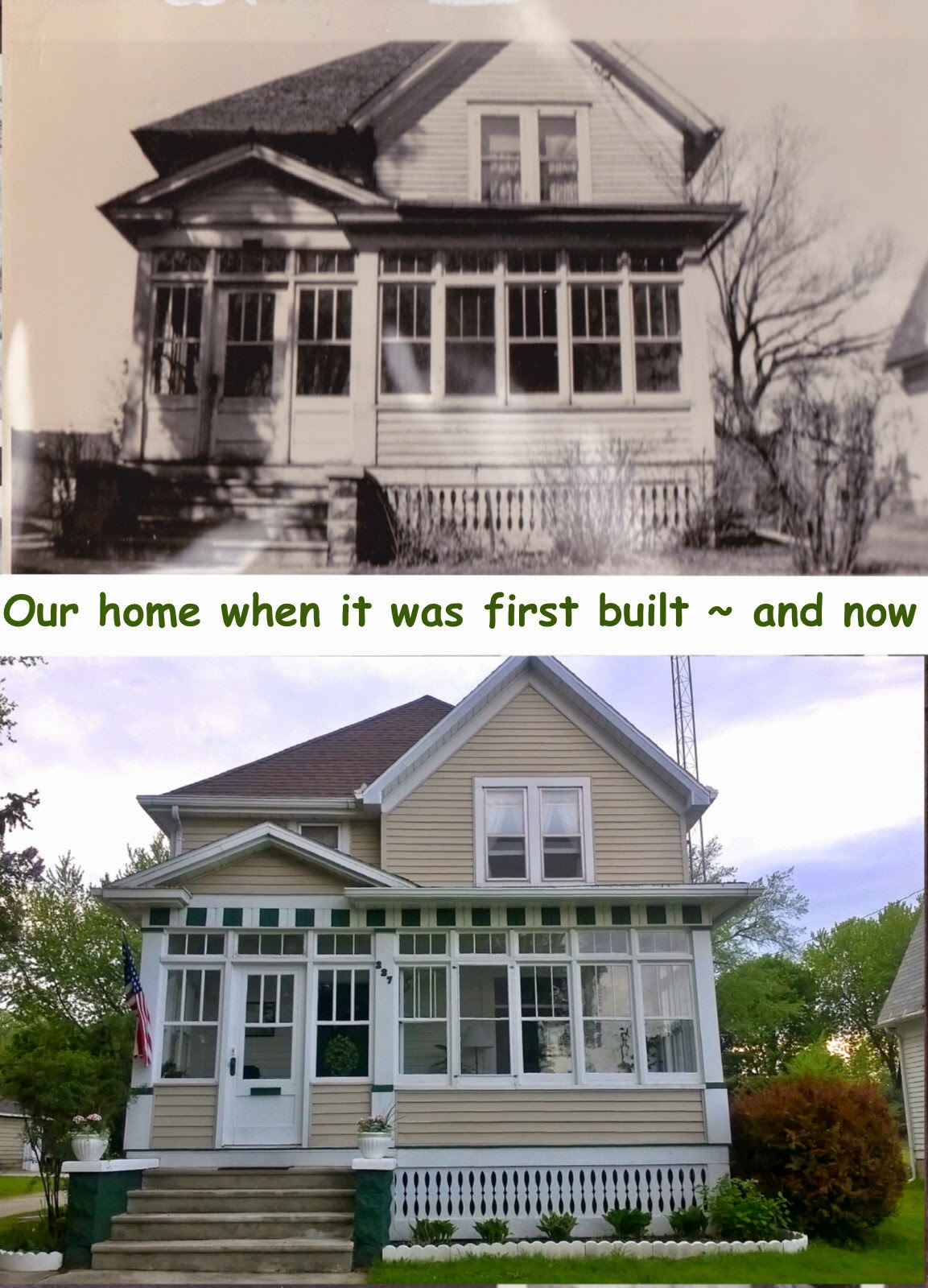 Posted by KarenInTheWoods at 8:39 AM

Labels: Memorial Day Parade in Chilton 2014, our house before and after, parade video