"LASTS" plus Sock Cranking and Visitors

Well, with only 20 days left to own a house, we are going through some "LASTS" here.  Like, Steve cut the grass down alongside the river and remarked it was probably the "LAST" time he will need to do that.

We were outta dishwasher packets and I was at the store.  It dawned on me that this was the "LAST" time I would need to buy dishwasher soap, and why grab the big 60 packet container???  I was only going to be using the dishwasher for less than 20 days.... so the 16 packet container went in my cart.

Steve hauled down the big bags of water softener tablets, the "LAST" time we need to buy those and haul them down to load the big water conditioner unit.   And he changed the two water filters on the lines coming in from the well... "LAST" time to do that too.

I am going to clean the oven this week, and perhaps get all the windows washed, and steam clean the carpet down in the loom room... all "LASTS" in my book!

They are not sad "LASTS" obstacles to overcome, but instead kinda poignant markers of the times leading up to the final days of owning this house.  Now it's time to look forward to the "NEXTS" !!!


Monday morning our sock machine group met for a gathering at Oconto Falls Library.  We were a small group this time, only 6 participants.  But that was okay, we had fun, laughed and cranked and shared and learned. 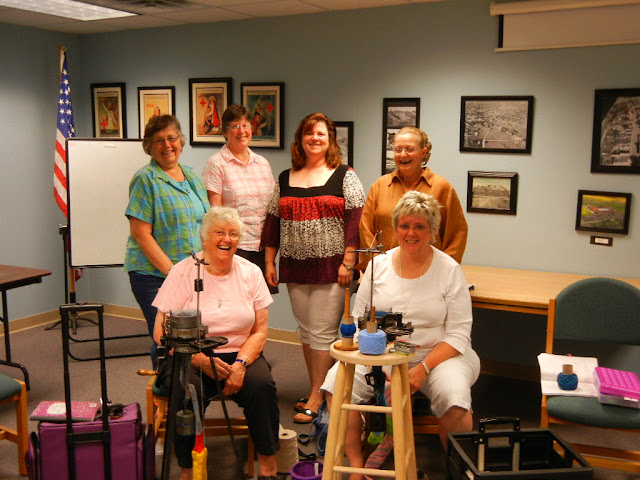 This won't be a "LAST" sock cranking gathering for me though, because we meet four times a year and I will make the trip back up here from wherever we are the next 10 months to attend.

We own antique circular sockknitting machines (but one gal has a new one now made by the Erlbacher Gearhart Sock Knitting Machine Company )    They are fun and funky and we love making socks and other items on them too. 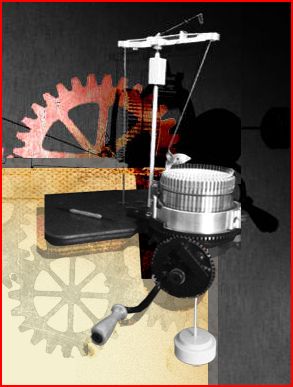 On Monday afternoon, our good weaving friends Jim and Norma from Beloit, WI of http://www.paandmasrugs.com  stopped by on their way up to Canada.  We had a good gab fest on weaving stuff till Steve got home from work, and then we cooked steaks out on the grill.  After a little tour around the tiny town of Oconto, we headed back for apple pie for dessert (I whipped that up in the morning before sock cranking).  They stayed in our "Hotel Pfundtner" in the driveway, to awake refreshed and ready to head north on their second honeymoon! 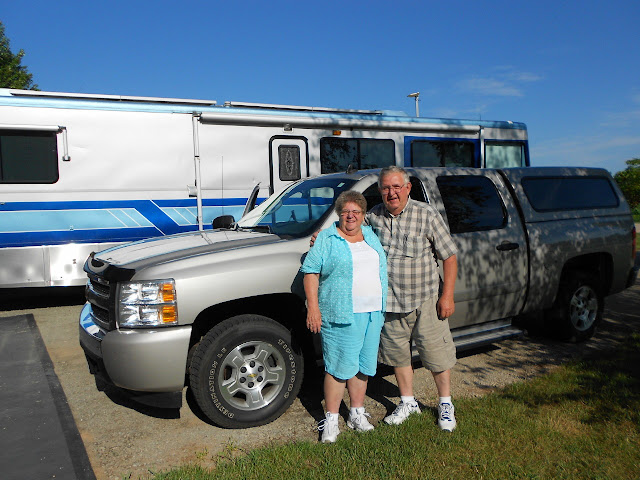 After they were well on their way, we got a call from our RVing friends, Paula and Mel from Wausau, WI.  They own a Safari motorhome the same vintage as ours and we have a lot of fun camping together with them.   They had been camping just north of us in Peshtigo, and were heading back past our house on their way home to Wausau, WI.  They stopped in for a visit, and we tossed some brats and burgers on the grill.   Paula treated Steve with a pan of rice krispie bars (his favorite) and we sure had a nice time.

Steve and Mel solved all the Problems of every Safari Motorhome In The World during their gabfest, fixed the brake light problem on theirs, fiddled with the generator on ours, and just all and all had a good time. 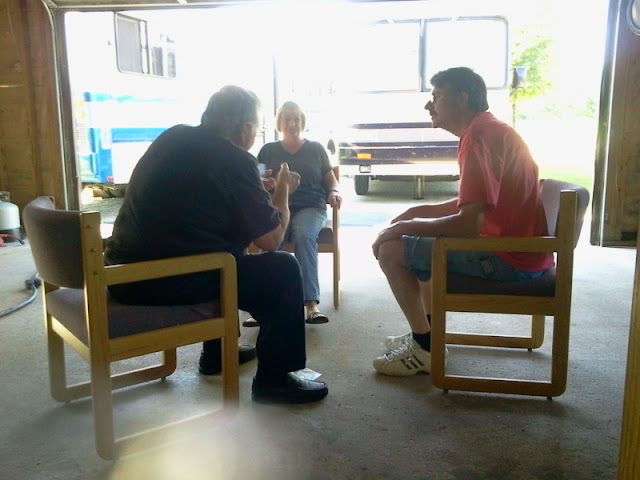 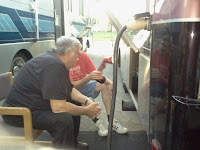 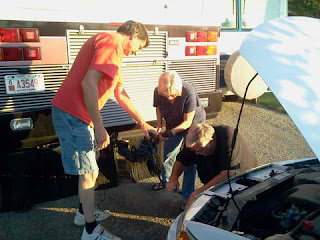 Paula and I killed a bottle of wine, and we shared lots of ideas and hints and tricks of motorhoming from a woman's point of view.   And we ignored the guys who were busy busy busy...  I had some things for Paula's quilting sewing room and I got rid of a few other things she could use.

Finally we convinced them to stay overnight in the driveway rather than drive back to Wausau (only about 100 miles) ... so they turned their rig around in the driveway and Steve held the tree back a bit to allow backing in easier for Mel.  Then they could plug into the power and have their AC running for a while to cool off their interior. 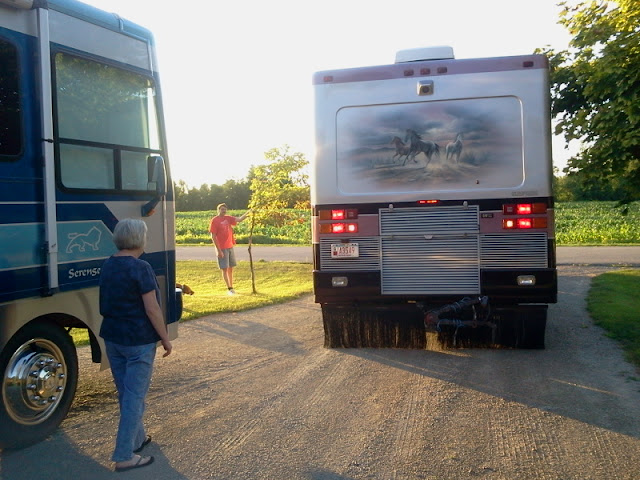 It was a SAFARI SLEEPOVER!!!! 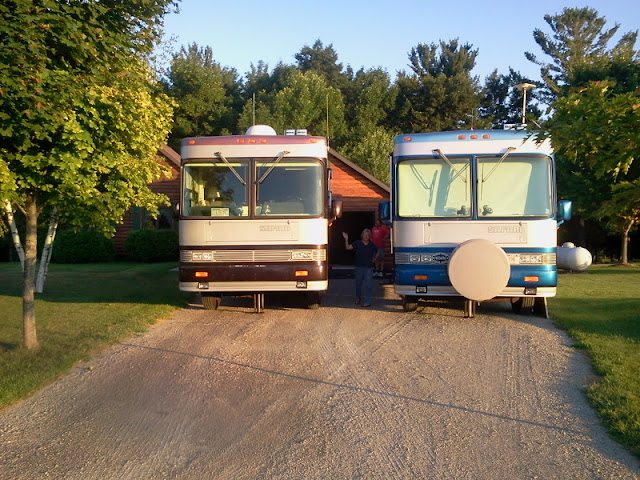 By the time we headed to bed, it was well into the night, and I think the guys were gabbed out.  Steveio had to go to work today, but the rest of us will visit for a while longer before they head out this morning.  I have more stuff to sneak into their rig or their toad car, as we are still getting rid of things here in the house.

.
Posted by KarenInTheWoods at 8:01 AM