On our way home from camping on Monday, we stopped by the Muck Farms on highway 64 and bought 20 pounds of beets.  I was surprised to see them open on Labor Day.  They are a commercial grower of a variety of produce, but also sell produce to the public, sometimes the lumpy bumpy seconds at a discount.

~More on that later~

ATTENTION--- IF YOU ARE EATING, DO NOT READ THIS NEXT SECTION,
SKIP DOWN TO THE JAM AND BEETS PORTION OF MY BLOG!

Once we got home, Steveio decided to use our mascerator and save the $3 dump fee and the fuel it takes to drive into town to dump at the city dump station by Holtwood Park.   This is what we bought it for!

For my non-RV blog readers, when we camp in our motorhome, the sinks and shower and toilet have to drain somewhere, right?  So they drain into holding tanks and must be emptied at the end of each trip.

This device is called a mascerator and can be used to dump into a septic system, a toilet, an outhouse, or even at a regular dump station where the angle might be weird or we can't get in close enough to the dumping hole with such a long rig.  Many dump stations were built when people only had 18 or 20 ft travel trailers and not long motorhomes like nowadays.   The mascerator comes in handy for many reasons, but mostly for us to save money dumping every weekend at the city dump station for $3 and the time it takes to drive there and back and the fuel.  5 miles in and 5 miles out, that takes more than a gallon of diesel at $4 plus the $3 fee.  Gosh this thing will have itself paid for in no time!

Now that I justified Steveio's need for his mascerator, here is how it works: 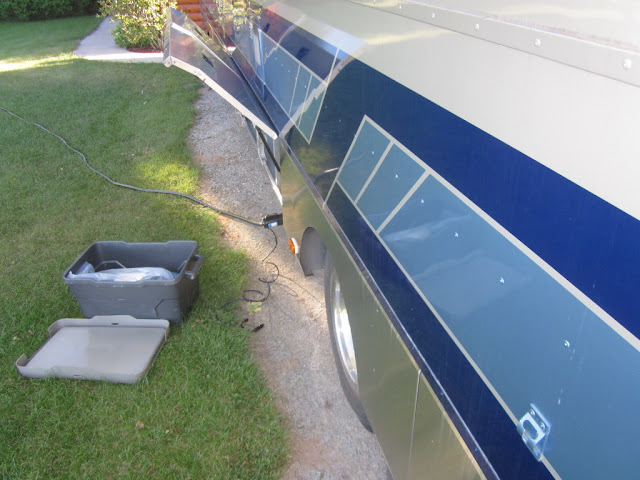 The mascerator is a "poopeater"  ... it works like a garbage disposal and has little blades inside that take care of the ummmmm "solids" and also pumps the black and grey tank contents uphill or downhill or wherever in a 3/4" thick hose.   (the hose is only used for this purpose and nothing else of course)

It hooks onto the regular draining outlet that a normal thick drain hose uses if you are right next to a dump station hole.  But in this case, Steve is pumping it about 100 feet away into our septic tank. 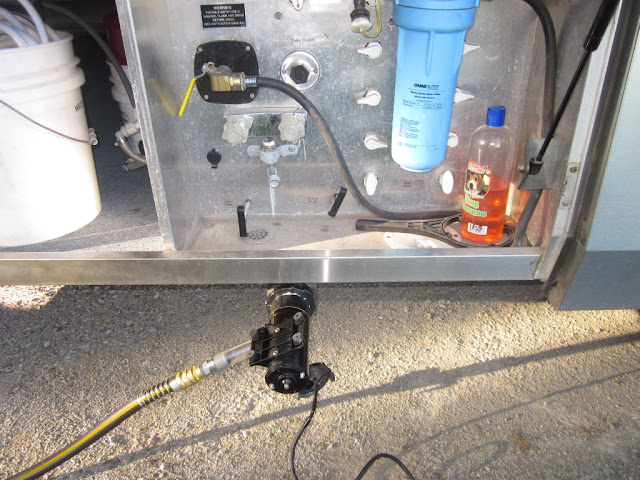 There is even a section of clear hose to the left, at the beginning of the black hose so he can see the ummmm  "progress".  Once it is pumping clear and the tone of the pump changes, you know it's done.

We also have a tornado tank rinser device that he can hook the garden hose to and it will blast around streams of clear water inside the black tank to get it really clean.  We don't do that at public dump stations because it can hold up the line of folks waiting to use the facilities, so we only do that at home if needed.

The mascerator is powered by a 12 volt cord, so Steve added a 12 volt outlet (like a cigarette lighter) into the bay compartment and put an ON/OFF button on the line to control the pump.   Once the black tank contents (the toilet) are done, then he does the gray tank contents (the sinks and shower water) 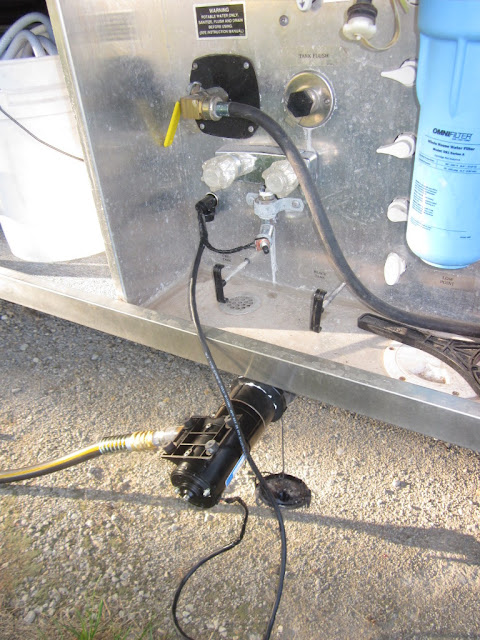 Note---  we do not use the common RV "blue" chemical in our holding tanks.  That blue chemical will break down the good active bacteria in our septic tank and halt it's normal operation.  Instead, we use RidX septic tank treatment in our holding tanks on the motorhome, which is also the same chemical we dump in our main home septic system twice a year anyhow.  Works great at keeping down the odors while we are camping, and adds to the needed bacteria in our home septic system.


OKAY--- THE REST OF YOU CAN START READING AGAIN!!!

Back to the beets!   My mom always said for her pickled beets to use equal parts sugar and vinegar, but add half as much water as vinegar to cut it down.

Sooooo it was time to
simmer them up,
slurp off the skins,
cut them in chunks,
dump em into jars,
ladle on the brine,
and pop em in the
hot water bath canner
for 30 minutes 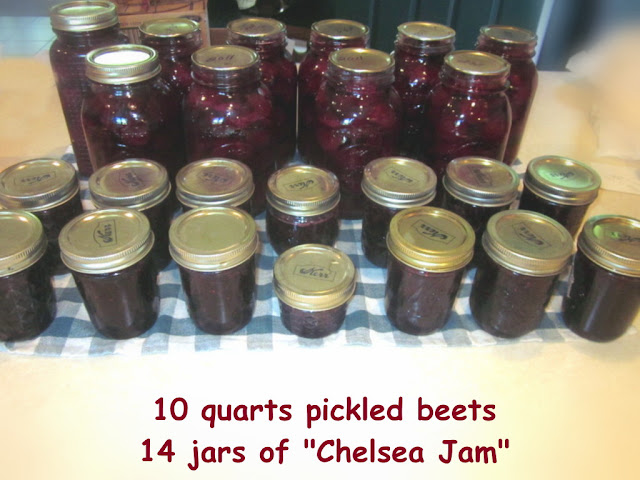 I was able to hide the rest of the berries from the Hungry Little Bear Cub Chelsea (who was gobbling them down as fast as she could pick them)   And I mixed them with some other strawberries, blueberries and raspberries I had in the freezer to make a whole batch.  Yummmmmmmm

I just can not get over what a silly little girl at 20 months old found soooo fascinating about gobbling up berries right from the bushes!   I close my eyes and can still see her snuffling snarfing and scarfing up those berries as fast as she could pop them in her mouth.  She was even grabbing them off the bushes two handed!  You would think she was never fed, eh? 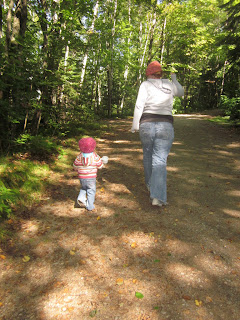 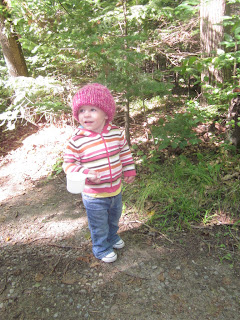 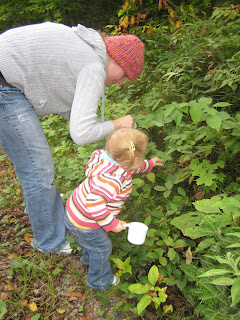 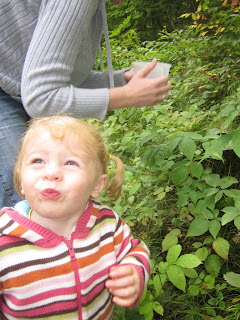 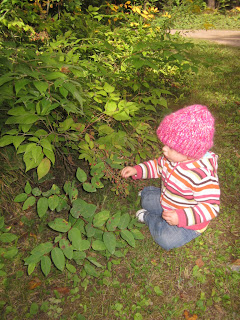 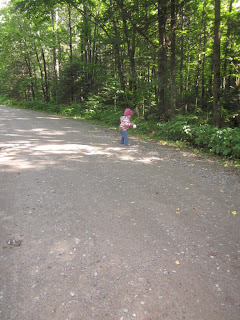 Now I will bring her a jar of jam,
and she can have a treat without having to work so hard to get it?

Posted by KarenInTheWoods at 11:42 AM