Time For a New Toy

Last week, Steve decided that we needed a "reward" for ourselves. He said that we have spent the last three plus years working hard on this house, and saving a lot of money by doing all of our updates and repairs ourselves. He said we have reached a point where we can afford to spend a little money on something else, rather than building materials and supplies for the house.

As you may know, Steve is always watching interesting things on Facebook Marketplace and Craigslist. He had seen this cute little Mustang convertible, and kept going back to look at it.  He kept it on his main screen for over a week. He mentioned it to me a couple different times. So I knew he wanted it. LOL 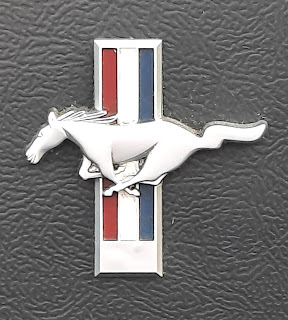 I told him I was not opposed to getting a second vehicle, and something like this might be fun. About 25 years ago, we used to have a bright red Fiat Spider convertible that was a blast. Sooooo maybe it was time, in our old retirement years, to get another convertible to play with!

This is a 1993 Mustang convertible

with the fox body style and the 2.3L 4cyl engine.

Not a "muscle car" by any means, but a fun street riding car for us old farts. 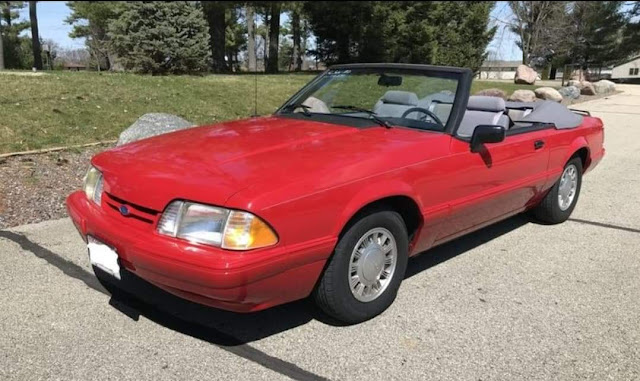 We robbed the credit union to have enough cash on hand with us to make the deal on site, and set out on a leisurely 70 mile drive to go and check it out at the seller's house. It was stored in the last stall of his garage, under a car cover.  He slid it off in dramatic fashion when we arrived. AHHHHH!!!! It turns out he is a "car guy" who loves to mess around with classic cars and has five or six of them in his garage and driveway in different states of completion. He had started this one for his son, doing a whole bunch of really nice things to it, but his son decided to choose a different Mustang hatchback that he also had worked on. He needed more room in his garage and said this one had to find a new home.

We both checked it out from top to bottom and end to end. Steve took it for a test drive while I waited with Binney in the shade of a tree. We did not want to leave her alone in the Saturn in the hot summer sun, and she wasn't ready to experience the ride of an open convertible without a safety harness. So I had to trust Steve that it drove well.
He looks pretty happy!

The seller had done quite a few updates, restorations and changed the transmission over from an automatic to a manual. From the organized tools in his shop in the cleanliness of his garage, he seemed to be quite the detailed mechanic and body person. He had a full inch thick folder of all of the things and receipts and paperwork to furnish as well. He had even entered it in some car shows, and the last one he had taken second place in his division. Here are some of the details of everything that attracted Steve to considering purchasing this car: The car was immaculate and there was not a speck of dust or dirt anywhere. The roof and boot cover were perfect without any rips or wear or fading. 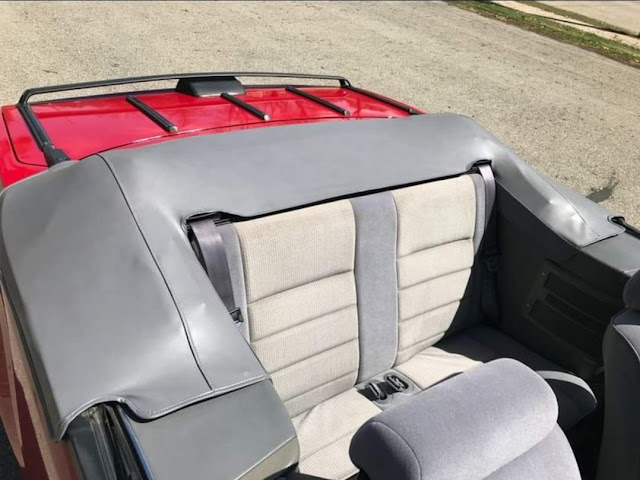 Clean as a whistle! 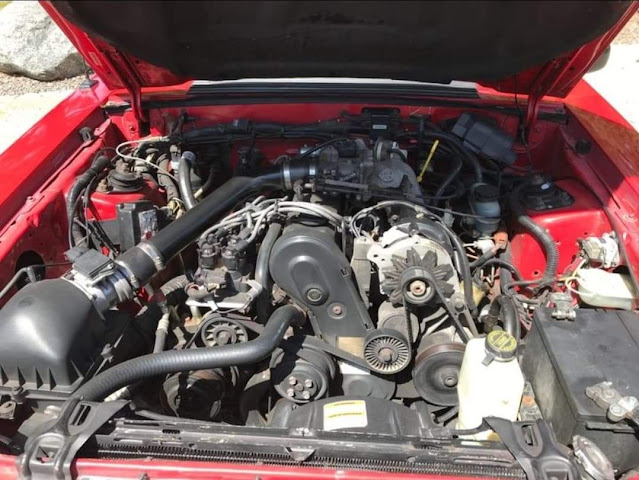 From the backside with the roof up. 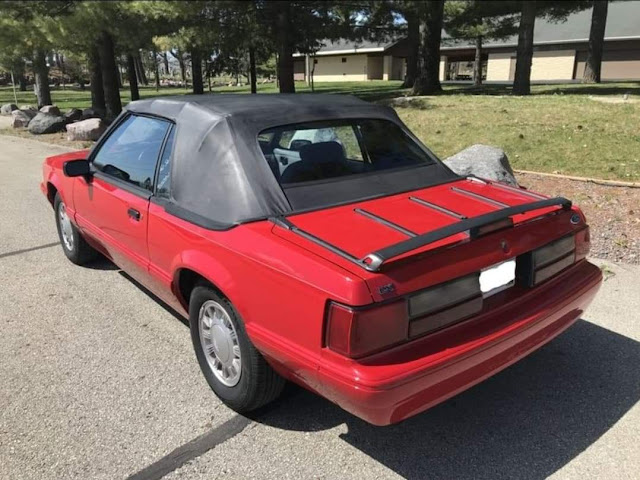 The guys did a little dickering while I sat by smiling.
We knew he wanted to sell,
and he knew we wanted to buy.
We brought along enough cash so we wouldn't be leaving to go get the money and getting cold feet.  Cash on hand is a MUCH better way to make a deal.
So they agreed upon a fair price, shook hands, handed over the cash, and we got a free and clear title. Done!
We took turns driving it home, and here is this happy guy standing by it in our own driveway.

We went for an evening drive, we went through the local drive-thru for burgers, parked by the river to eat, and then drove around town, enjoying the open-air.

It has a CD player, so we tossed in some of Steve's favorite "Sounds of the Seventies"! Yes, Steve has the whole collection from the Time Life info-mercial, I kid you not. So we cranked up the tunes and went for a cruise.

Like I said, everything is pristine and clean. There is not a mark or a sign of wear anywhere. It was very well taken care of. Even the floor mats are soft and plushie. I feel like I have to take my shoes off to ride in this car!

The five speed stick shift was added when he swapped over the transmission from automatic to manual. This will make it much easier to tow behind the motorhome if we wish to attach the proper base plate. Right now, we tow the Saturn. But we could tow this if we wanted to.

Tall man Steve's knees are a little close to the steering wheel. He is going to look into getting the extended slide rails for the seat. He looked up some, but they need to also clear the retractable seat belt mechanism, so he might have to look up a little different style or makes them himself. But for now, he's able to shift and clutch and hit the gas and brakes safely, just not quite as comfortable for a guy over 6 feet tall.

We headed out onto the Breakwater Park, just out beyond our little city of Oconto. These are the waters of Green Bay that stretch out into Lake Michigan. I hopped out of the car and snapped a picture of him.

Then I made him move over so I could drive it a little bit as the sun was setting. I wear my babushka scarf over the top of my head so my hair isn't in my eyes while driving.

The next day it was a clear blue sky day with a few puffy clouds. We decided to pack a little picnic lunch and head up North for a ride around in the woods. We drove on backroads for a couple hours, just enjoying the wind and smells and feel of the car.

We stopped at the kids' cabin by Wausaukee and let our youngest granddaughter get a ride in the backseat.  Messy windy hair and all!

Our daughter Erin took a spin behind the wheel as we cruised around the countryside. Here's a little YouTube video clip I made. What fun!
Blond hair flying in the Sun

We got home later in the evening and parked the car safely away in the garage for the night.
At 6 a.m. the next morning, I looked over in the bed next to me and it was empty! Where was Steve? Of course, he was out in the garage, laying on the floor on a piece of cardboard, wiping off the bugs from night before! 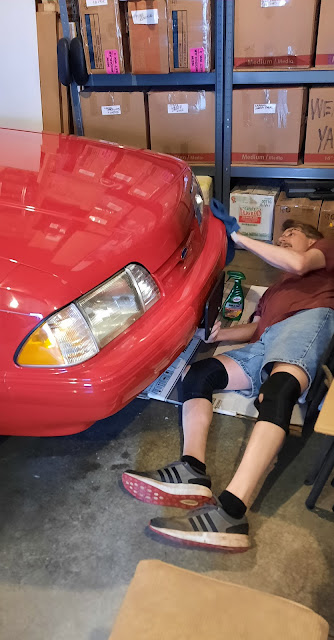 I think we are both going to enjoy this toy.
Posted by KarenInTheWoods at 11:59 AM