Oh my, I found MORE pics in my phone I forgot to unload last night!   I might as well put them up here so our daughterinlaw Heather can copy them and put them in her album too.


Yes, it's
PART TWO
OF A GUSHY GRANDCHILD POST!


Every morning our sheltie, Duke, does his "job" of holding socks on his nose one at a time.  Then Steve removes them to put on his feet.  Duke is very very serious about his job, and the kids were delighted while watching him preform his duties.  Steve removes the sock from the nose, and puts it on his foot as Duke barks his approval! 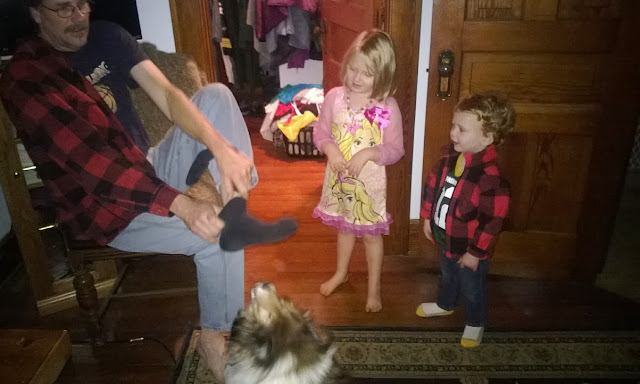 Granfaddah had to chase down Mason to get his socks back on, after he was busy putting them on and off Duke's nose too.  Poor Duke had to do his job about 20 times to make this boy happy.  And now Mason don't look too happy having to put his socks back on! 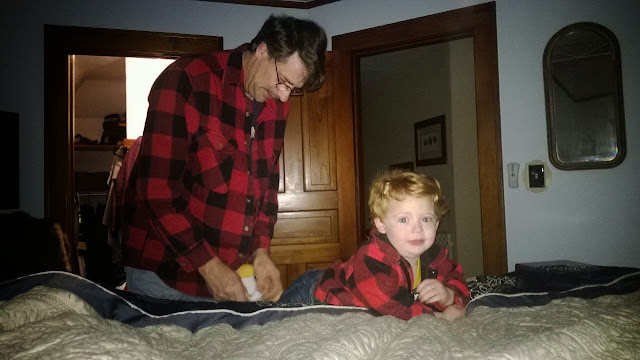 Allegra helped me to get dressed and insisted I wear my "family necklace" ... all birthstone charms of each member of our family.  The females are shaped like girls with triangle stone dresses, and the males are oval bellies for their stones.   All of the grandtots adore figuring out who is who for which family.... 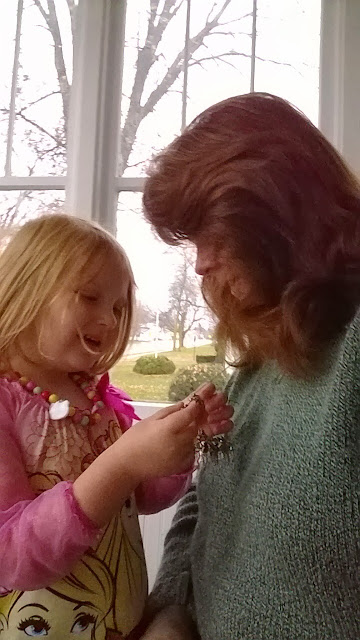 Speaking of getting dressed.... look who managed to BOTH dress alike???   TWINS! 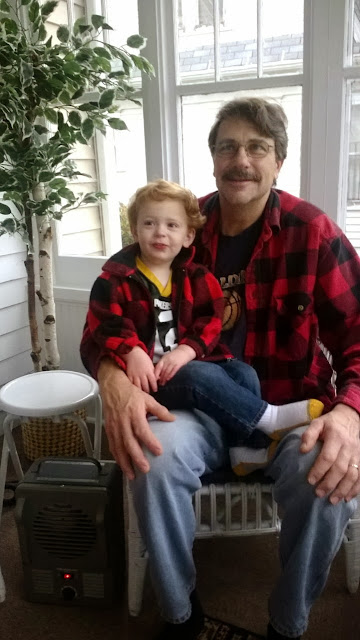 The weather was quite warm when we got up, so we sat out on our front enclosed porch while it was raining outside.  Temps in the 40s and 50s in November are almost unheard of!   We turned on a little electric heater to take out the dampness, enjoying our coffee out on the front porch.  This rocking chair was given to us from the previous owner's daughters.  It had been their mother's chair, and they let us have it for our porch, now rocking in it's rightful spot. 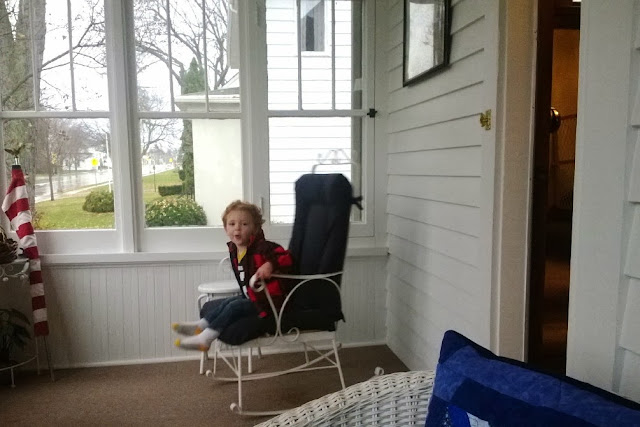 After our big breakfast, it was time to load up the dishwasher.  Allegra and Mason were the most helpful little elves putting things into the machine.  Steveio is usually very particular on where things are stacked and what goes where for the "Optimum Cleaning Potential"  ...  I think he had to let go a bit and let the kids decide how it should be loaded. 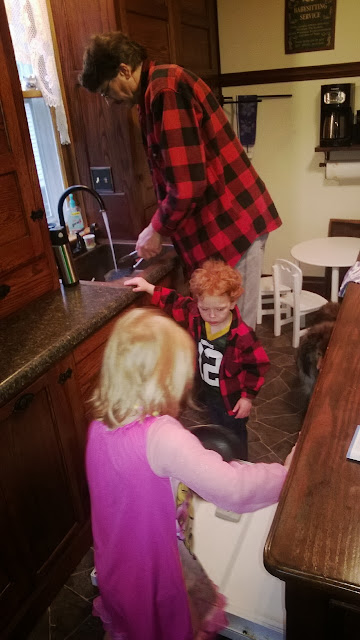 I decided to cook up a pot of chili to take along at noon to our son and daughterinlaw's house... so I got out a big pot.  Mason hopped up on a stool to "help" me.  As I carefully chopped up onions and celery and tomatoes, he would put them into the pot on the island.  I still had a few green ones that ripened from our vines in the backyard.  Now finally red, we were able to use them in our chili. Mason tried eating a raw onion, which didn't taste so good.  But chunks of tomatoes were good! He might have eaten more than what went in the pot!

Once we had that done, we put the kettle on the stove to simmer out of his reach.  Later after the meat and veggies cooked down, he helped me open cans of tomato sauce.  After I rinsed out each can, he was so happy to haul the empties to the recycling bin.  Perhaps a little Chef in the Making?


Now it was time to spend a little creative attention on Allegra.  While Granfaddah played with Mason, we took out some crafty beads!   Since Allegra loved my necklace, it was time to make one of her own.   Using heavy plastic threading cord and beads with large holes, she was able to work on one all by herself!   The joy of seeing her pick out the beads, decide the order of the colors and shapes, it was so heartwarming!  The crafty little jeweler created her own unique style.

The chili was done simmering, and it was getting close to noon.  Packing up all their gear, arranging all the toys back into the toy closet, and then piling into the car with all their stuff.  Whew....  where did the morning go?

We got up to their house and of course they were happy to see their parents, but started to act up I think because we kinda spoiled them rotten?   I think we did our job well.

Steve and Dan got the new garage door opener up in no time, and it works well for the upcoming winter months.  Nobody wants to have to get out to open up the garage door the old fashioned way in the middle of winter, for sure! 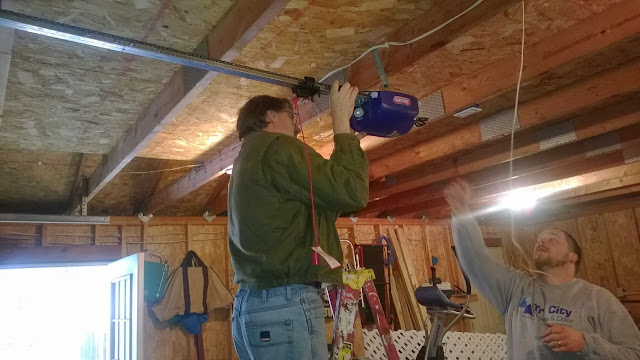 We had our chili lunch,
and then this very exhausted Granfaddah and Granmuddah
headed back home.

To take a loooonnnggg nap!