I Inhaled Some Bad Weed!!

Not weed as in marijuana, you silly goofs...

I have been sick as a dog for the past 6 days... and it all started with weeding my flowerbed last Wednesday.


I was busy as a bee, pulling out old dead vegetation, snipping back on dead tulip stalks and digging up yellowed spent mushy rotten leaves. I was digging down in the dirt and happily spending my evening in my flower bed. 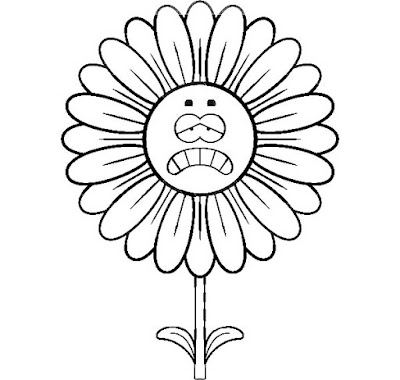 At one point when I was tossing lots of pulled up weeds n junk into the wheel barrel, I somehow inhaled when stuff was flying through the air, I guess.

I could feel something go into my lungs and I started coughing. I kept coughing and coughing throughout the rest of the evening and night, trying to cough up whatever it was that got into my lungs. It wasn't blocking my air way, but I could just feel something in there tickling away at me.

If you know me, I also have a history of a chemical spill resulting in lung damage. I was on oxygen for quite a number of years, so my lungs aren't the best to begin with.

By Thursday morning, I was still coughing and by midday I finally coughed up a tiny green triangle shape of some kind of vegetable matter.

Whee, I thought that took care of it.

Still some more coughing, and now the fevers and chills started. The first I thought maybe I had the bad luck to have started a summer cold. I started to treat myself with cold medicines, and Tylenol, but nothing was stopping it.

Friday came and went in some kind of a fog. I had some antibiotics on hand from my last bout of pneumonia, and started to take them.

I was thinking about going to the doctor, but thought I would wait until the weekend passed. I don't like to run to the doc for every little thing.

By Saturday I was soaking in a tub of eucalyptus and epsom to help breathe better. It helps some. I wasn't coughing as much but I could feel the phlegm inside. Fever and chills, but no other cold symptoms.

By now, I guess I have an infection. I am even having a kind of gurgling on my exhalations. Not good.

Sunday evening I actually started feeling a little better, so I thought I was just rallying around and getting over a cold.

Monday I just started feeling more miserable than ever. I tried to really do some normal things and kick myself in gear. Nope.

I kept trying to do things around the house, but I am feeling so drained of energy and lack of sleep. The coughing has hurt my ribs and stomach muscles.

Steve was busy for a couple hours over at his brother Pete's, but when he got home, I said enough is enough.

Time to go into the doctor...

Since our insurance changed on January 1st, I do not yet have a pulmonologist yet, or even a primary doctor with our new health system. I looked online and found out we could just go into the convenience care clinic in Fond du Lac and see what they could do. I didn't have a lot of "Hope".

Boy oh boy, was I ever surprised! We were treated so well. Information was quickly taken, and I was escorted directly in the room without even having a chance to sit back in the waiting area with Steve.

The nurse took down some more information and my vitals, said the doctor would be right with me and he was coming in the door as she left the room.

He immediately got me into x-ray, and that gal took me directly to the changing area, did the x-rays, and escorted me back to the waiting area.

I didn't even sit down for more than 3 seconds, and the doctor called me back again to his examining room.

He said I have an infection in my lungs. As for the x-rays, he said that it needs to go to a pulmonologist and be read by a radiologist. He had me cough up a bit of phelgm that he sent off for testing, and the results should be back in the morning.

He said I may need to have a procedure done which rinses my lungs to flush it out. The pulmonologist he is referring me to will determine what is the next step.

In the meantime he was going to give me some stronger antibiotics, some stronger cough medicine, stronger inhaler, and recommended probiotics (which I already eat daily in yogurt).

At the front desk, the gal took care of getting me connected to a pulmonologist in the system, agreed to send him all the reports and x-rays from our visit, and said they would call me by 8 a.m. in the morning.

From there we were ushered across the hallway to the pharmacy in the convenience  care clinic and they had my prescriptions filled in five minutes flat.

The whole experience was done in 45 minutes from in the door to back out to the car!

I have never had such an efficient walk-in clinic visit as this.

And sure enough, the pulmonologist called me at 8 a.m. to set up my appointment, and after the lab tests come back we will have a little better idea of what we are dealing with.

As of noon today, Tuesday, the newest antibiotics are kicking in and I am feeling better already.

Steve happened to be off work Monday and Tuesday from his old fart party bus job so he is here taking good care of me.

He is also replacing the muffler on the tracker.

And he is replacing the fan belt on the Lincoln.

In between he keeps dashing back into the house to check on me. Awwww

And ---- he is NOT letting me back out in my flower garden!

Posted by KarenInTheWoods at 12:34 PM