A Poopy Day? (Using a Mascerator)

We use the toilet.

Well, most do.  Some prefer to do the natural thing in the woods. That's okay I guess.  But when you have a motorhome, it usually has a bathroom that contains a toilet.  And that stuff has to go SOMEWHERE~  Right?

We have been in my mom's yard for over two weeks, and our black tank (the toilet stuff) is just about full. So is Mel and Paula's.  We have dumped our grey tanks every other day or so into the sandy soil, as it's only our shower water. We use a hose and run it into mom's flower beds, which love it.

Our black and grey tanks each hold 50 gallons, and our freshwater tank holds 100 gallons.

Now, most folks have to pull up stakes, stow the gear, and look for the nearest dump station.  That usually involves a monetary fee to whatever campground is nearby.

Steveio has this SUPER DOOPER POOPER TOY to play with.... called a Mascerator! It's similar to a garbage disposal.  It grinds up the errrr ummmm waste, and pumps it out a hose with pressure. Enough to go uphill and over humps or even into a household toilet!

Here is a link to one like Steve's that I found on Amazon that is for a marine use: Jabsco-18590-2092   Steve chose the marine type one over the ones available thru RV dealers because some of their impellers are only plastic.  Here is what it looks like. 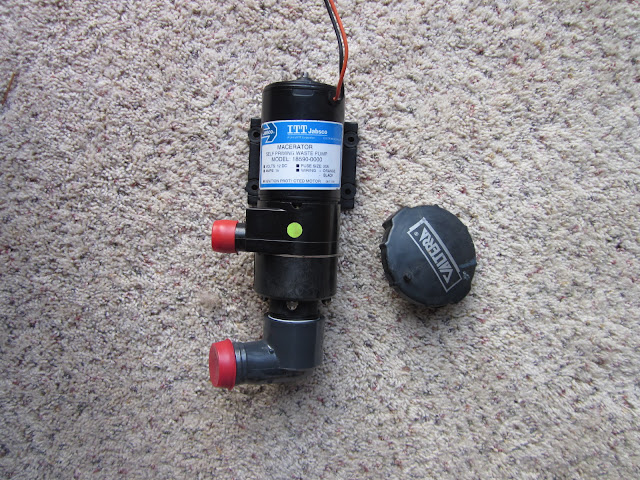 It runs on 12 volt power, so you need to install a 12 volt socket in your dumping bay, or else put on longer wires with clips to hook to a battery on a vehicle parked nearby. Steve chose to install an outlet in the compartment. 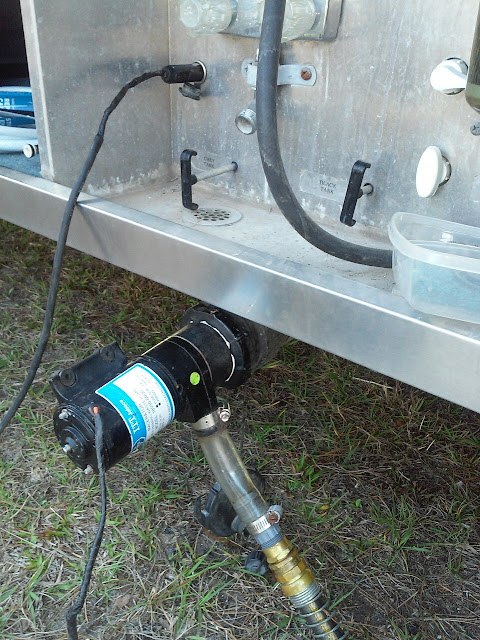 With the adapted cap, it just hooks onto the bayonet mount
of the drain outlet on the motorhome.

Steve and Mel set about to dump Mel's tank first.  Next to Mel's rig was the septic tank cleanout within reach. We have a dedicated long black 1 inch 50 ft garden hose that is used for only the mascerator.  It was close enough for Mel's rig to work.

Our rig is parked closer to Mom's house.  There isn't a septic cleanout or tank access close to the house. So Steve chose to run the black hose up and into the bathroom through the window and have it flush into the toilet. 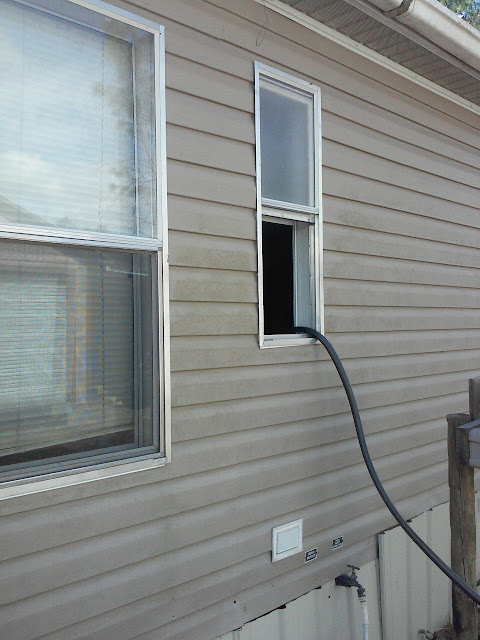 Steve and Mel got it hooked up and made their plans of the process.
They are always fiddling with something or other.
Two peas in a pod. 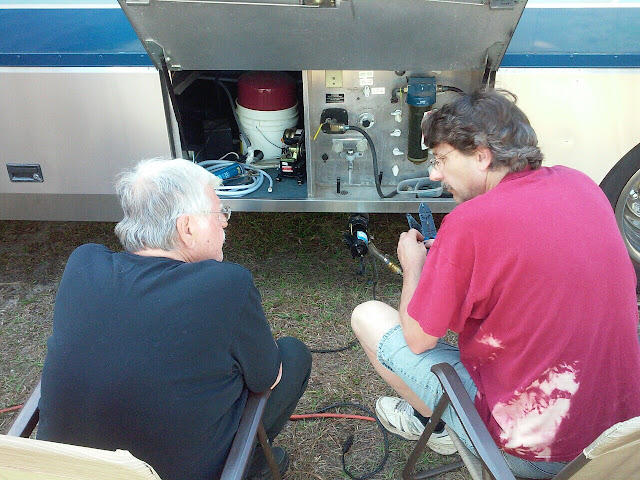 This is definately a TWO MAN operation!
(we women stayed far away and let them deal with it.) 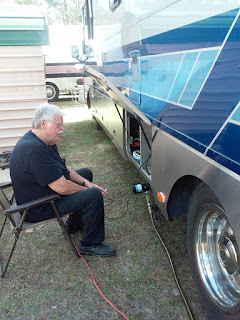 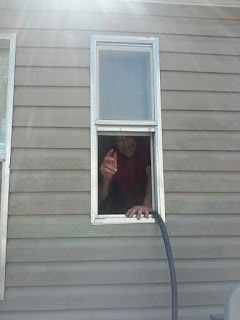 They got the job done, and our tanks are now empty.  I did not take any pics of the ummm errrr process, as you can use your own imagination.  The clear section on the mascerator hose is there to observe the situation, and once the black tank is emptied, then they did flush some grey water through the system to clean out the machine.  Once that is done, fresh water is used to flush it out, and the machine and the black hose are stowed into a separate bin from any of our other compartments.

That is a poopy way to end the day! 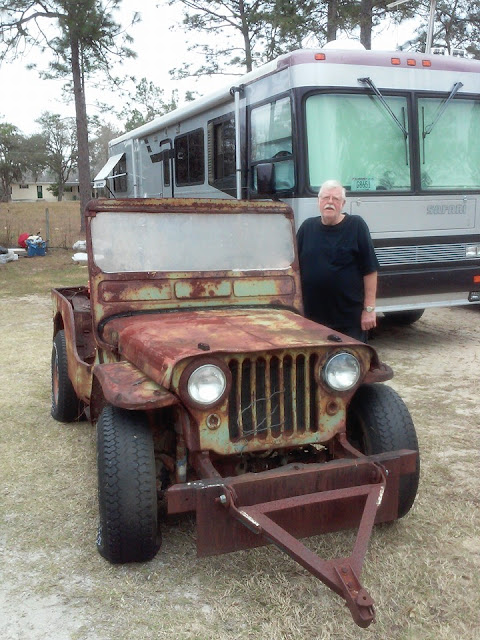 Yup, the jeep sold right away,
and the guy is coming to take it away soon.

We do have a Demco Excali-bar tow bar still for sale, $200.
Email me at pfundt@gmail.com if you are interested! 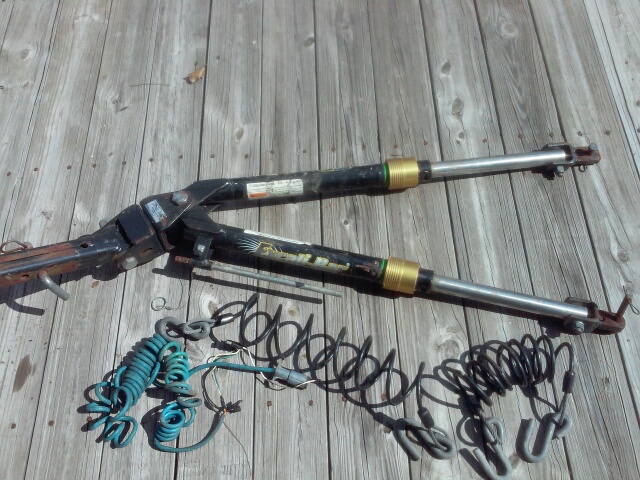 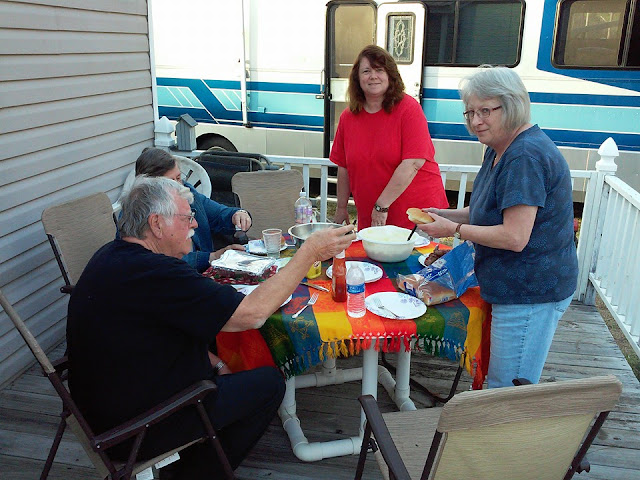 We did take off Saturday to hit the Waldo flea market for some fun! 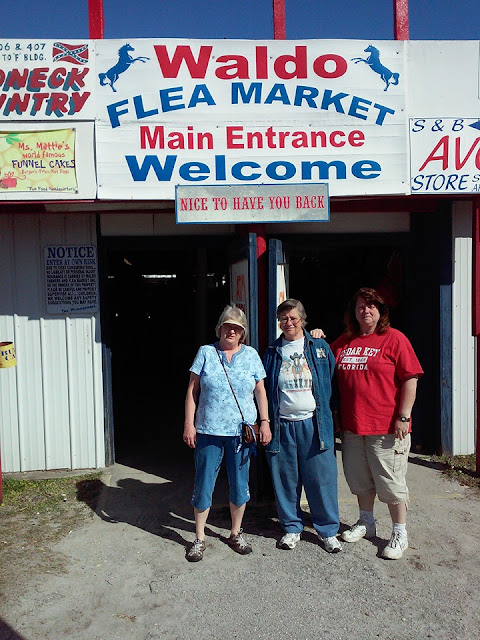 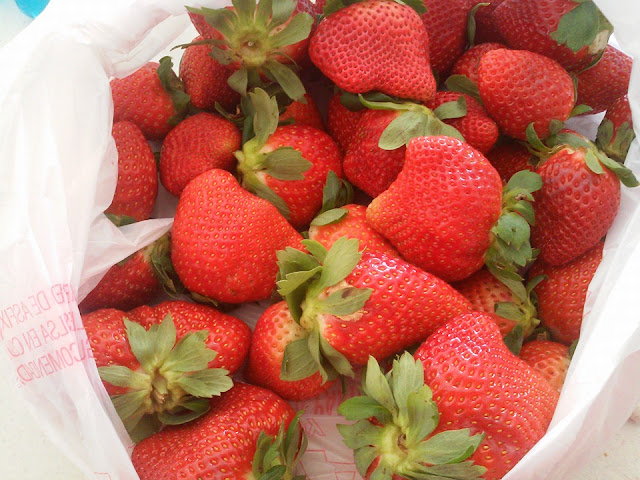 We got in a stop at Gainesville Trader Joes,
the Holy Grail of my Two Buck Chuck wine,
some jars of Cookie Butter,
and my newest obsession,
Trader Joes Cookie Butter Cookies!!!! 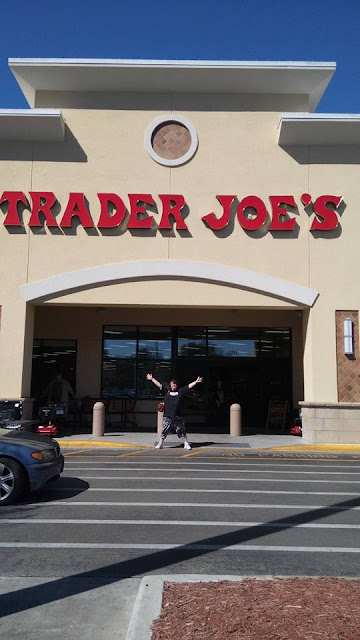 One lovely warm evening, Steve took out his
Flame Genie firepit.
Here is a link to their website:
http://www.pelletfirepit.com/

We bought ours from them through Amazon, but I think Home Depot carries them now too.

It burns bagged compressed wood pellets,
which are safe to transport as opposed to firewood.
With the increase in emerald ash borer in areas,
firewood is banned or restricted to carry from area to area.
The bags of wood pellets are safe to take anywhere. 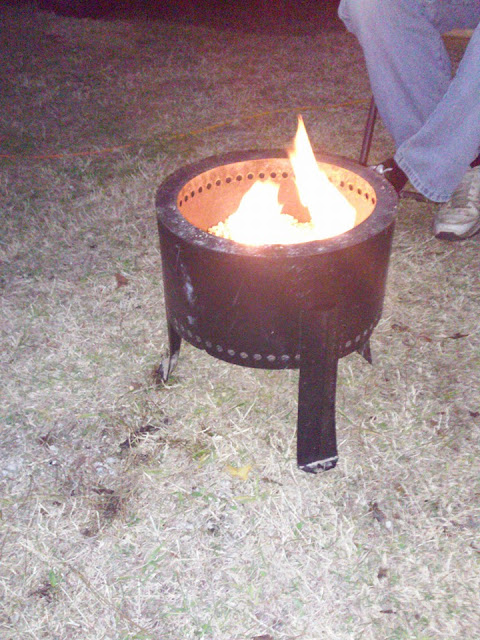 It was a great evening to sit out and unwind 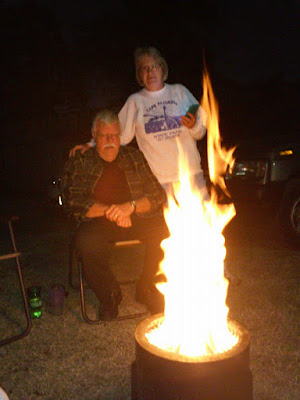 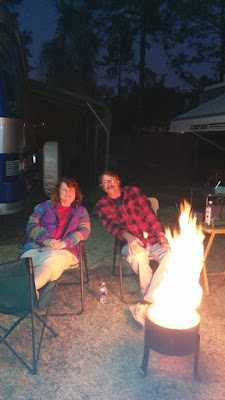 The doggers enjoy the campfire evenings as well,
and Da Momma came out and joined us after Wheel and Jeopardy were over! 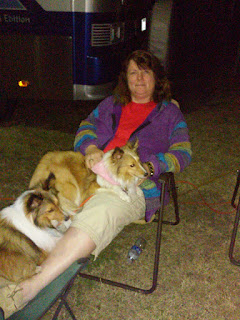 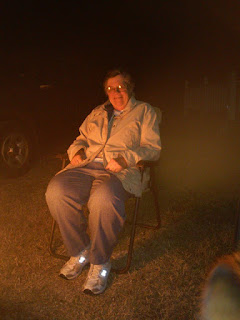 We also took some time for some crafting!  A new fun project we found to do....  After writing on them with Pigma Micro 01 permanent pens, we will cover them with a layer or two of Modge Podge. 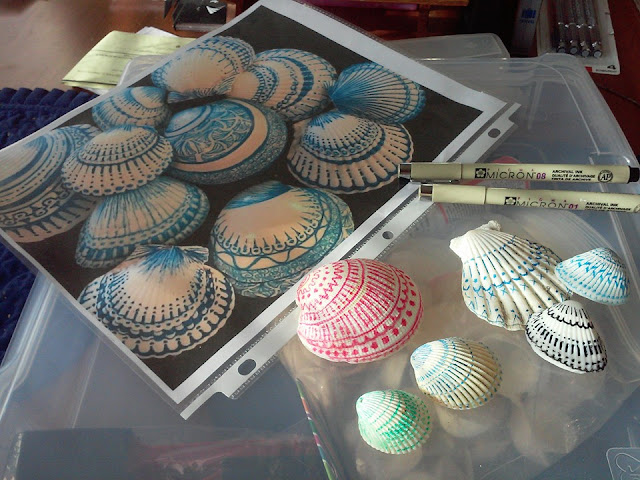 And back to one more motorhome thing....   Tuesday evening we are both travelling down to Hudson, FL to park at Suncoast Designers to get our appointments early Wednesday morning. We have a thermopane window that has blown it's seal so it's foggy between the panes.  Paula and Mel's rig has a window with the "creeping" black seal to be repaired. They come highly recommended from fellow RVers to be "the place" to get the RV windows repaired in one day and resealed correctly back on the RV.

So stay tuned for another RV Modification and Repair blog.....  (plus Paula found out about a nearby quilt store we can explore!)

Posted by KarenInTheWoods at 8:01 AM