Howard Did It Again!

This is going to sound like a commercial, but what can be better than a real live testimonial from someone you know and trust, with no financial incentive to promote a product?  It is just lil ol me telling you about how great something is....

I picked up this pile of dried out wood this summer at an auction...  the previous owners name was on a box of supplies, lettered crudely:  GRANDMA VETTINGS OLD RUG LOOM

It was in pretty sad shape. Somewhere is all that ancient pile of old wood is a loom, waiting to be reborn. I am up for the task, and have helped to reborn looms before.  This would be fun! 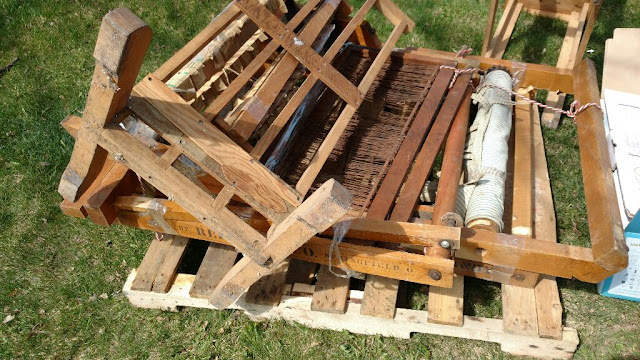 It is supposed to be a Little Dandy loom made by the Reed Loom Company of Springfield, Ohio. It was probably made in the 1920-1930 era by the style and design.  Here is an original ad from the company that I found an image of on the internet.  Can you imagine a price of $15.00 ?  That was a LOT of money back then for a loom. 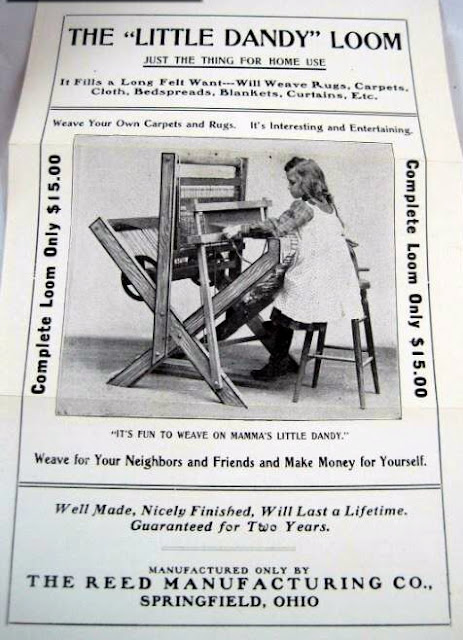 My friend, Chris Gustin of
Homestead Weaving Studio in
Columbus, Indiana turned me onto this stuff: 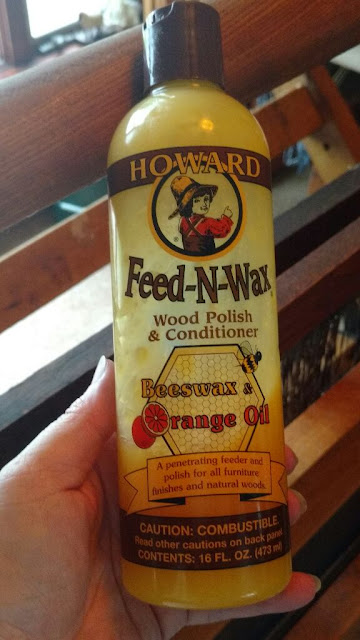 I have been using this product on old looms, spinning wheels, furniture and even the antique fiber tools down at the museum.  It also has a natural repellent to hopefully keep the bugs and worms out of the wood in the unheated museum during the winter months.

You get it at Home Depot, some Ace Hardware stores and also on Amazon.

As for this loom, all of the pieces were there, we just had to lay them out and figure out their positions, like a puzzle.  This one here, that one there, etc.  Hints like scrapes in the wood from moving parts or leftover marks from setting a piece inside or outside, marks where washers or nuts or the heads of bolts went.  Matching it up, piece by piece, it can be fun. 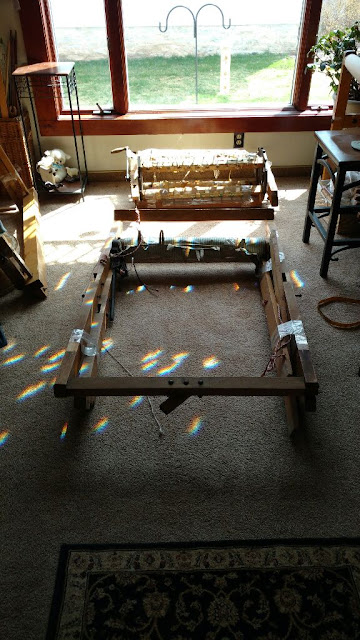 (those are tiny rainbows from my leaded glass window)


In the poor dilapidated state, it looked pretty sad alongside both of my handsome Newcomb Studio Looms.  They accepted this Little Dandy Loom with grace and friendship, but they both secretly wished it would get cleaned up a bit into a more presentable condition. 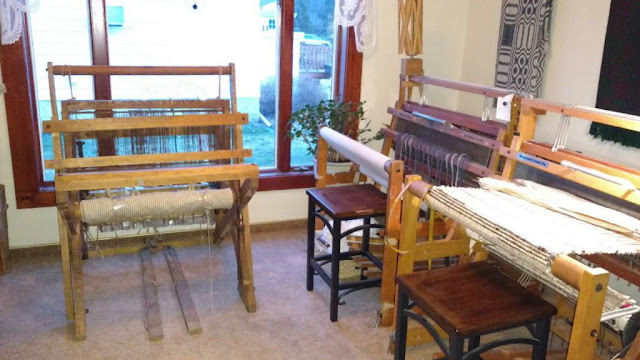 ACK~!!!  Never ever should anyone put tape on wooden looms! 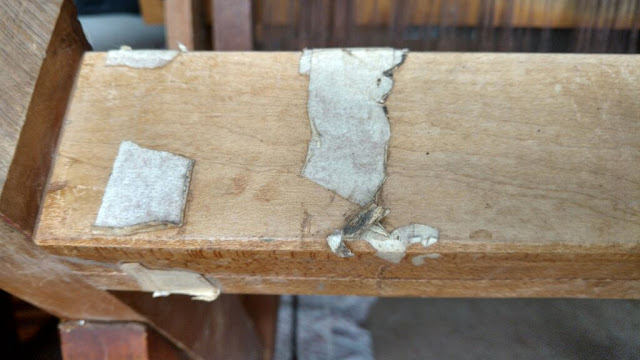 It was in pretty rough shape, with dried out greyed wood,
red and white plastic water-ski rope
for tying up the harnesses and treadles.
Tape adorned it all around,
and missing pegs along the sectional beam
needed replacing. 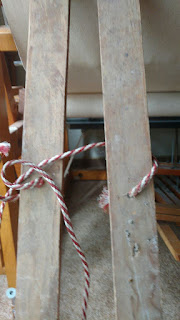 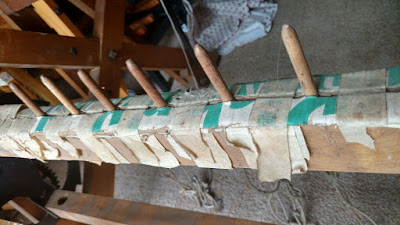 The red and white plastic water-ski rope was held
onto the treadles in a most interesting way???
Look at what we found underneath each treadle to hold the rope
from sliding through the hole! LOL 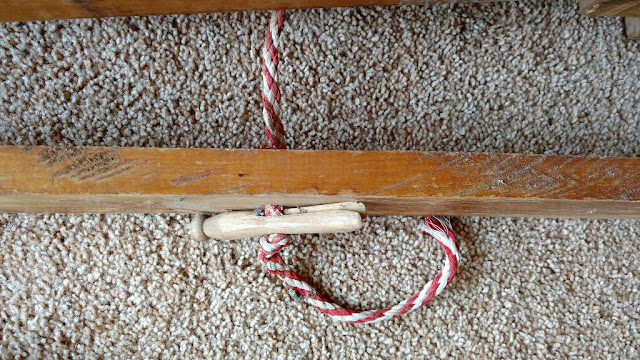 I replaced all of the plastic rope with good strong sash cord, used for window sash weights in old homes. It is still available in hardware stores.  Much better than cotton clothesline, which can stretch out or tighten up due to humidity and such.

The back sectional beam needed a bit of drilling out
of the holes from all of the broken pegs.
That is where I get Steveio to help me out. 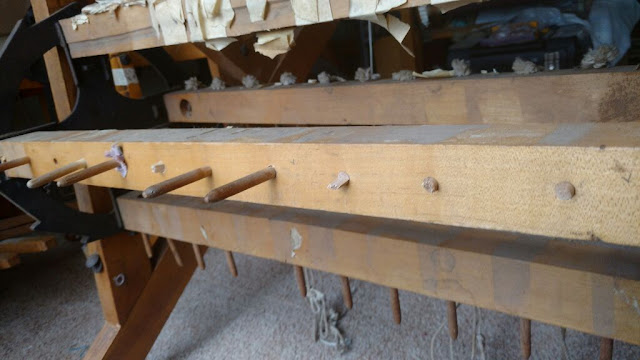 Upon closer examination,
it seems that Grandma Vetting decided to fix
loose pegs by cramming in a bit of cloth and
pounding them back into place? 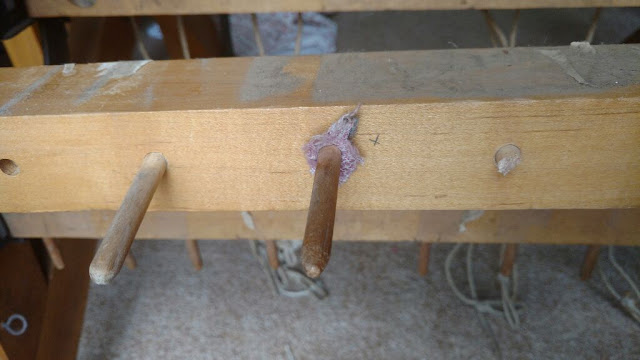 I had Steve cut up a bunch of replacement dowels for me and then I run each one through an old fashioned pencil sharpener.  It takes off the edge of the peg and makes it a bit of a pointy tip.  Set on the big kindergarten pencil diameter, I was able to grind down each peg with ease.   Then I stained them to match.  Sigh... I went to pound them in and realized I needed 1/4 inch dowels, not the 3/8 inch ones I had on hand! ACK!!!  Still lacking the wooden pegs, I went ahead with the restoration anyhow over the last week.  It was hot and humid outside, so it was a good project to work on inside.

I spread a plastic tablecloth underneath the loom to catch any drips or drops on the carpeting in my loom room.  I could have moved the whole thing out to the garage, but I did not want to work out in that muggy weather.

Now it is time for the
transformation to take place!!!

Time for HOWARD
to work
his magic

I wiped down the wood with the Howards Feed n Wax
what gorgeous wood grain appeared before my eyes!!!!!

Look at the top roller beam for the castle----- 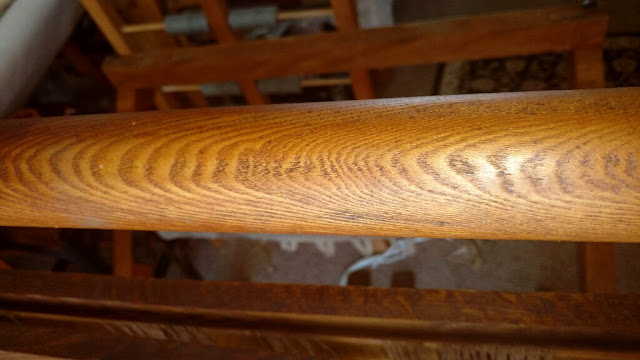 These harnesses were completely black!  I had to scrub them a bit with Murphys Oil Soap and a bit of rough rubbing with a sponge and then lightly with some 3M scotchbrite on it.   The grime came off and the Howards went on with a wipe of a sponge and soon the wood was glowing. 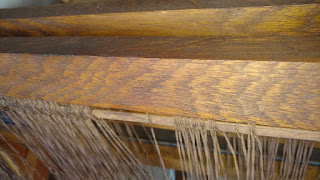 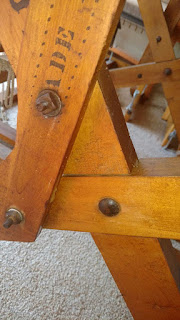 The two treadles for the bottom of the loom are worn on the ends from many years of feet pushing down one or the other, alternating, as rugs were created on the beams and harnesses above.  I will not tie the ropes up until I get the loom all warped (threaded) up with string to get the right balance and height to each treadle.

I think some of the wood on the beater and frame is made of maple,
but most of the rest of the loom appears to be oak. 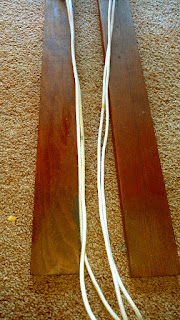 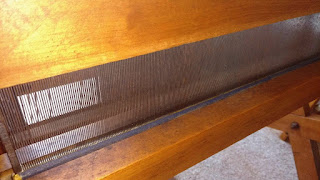 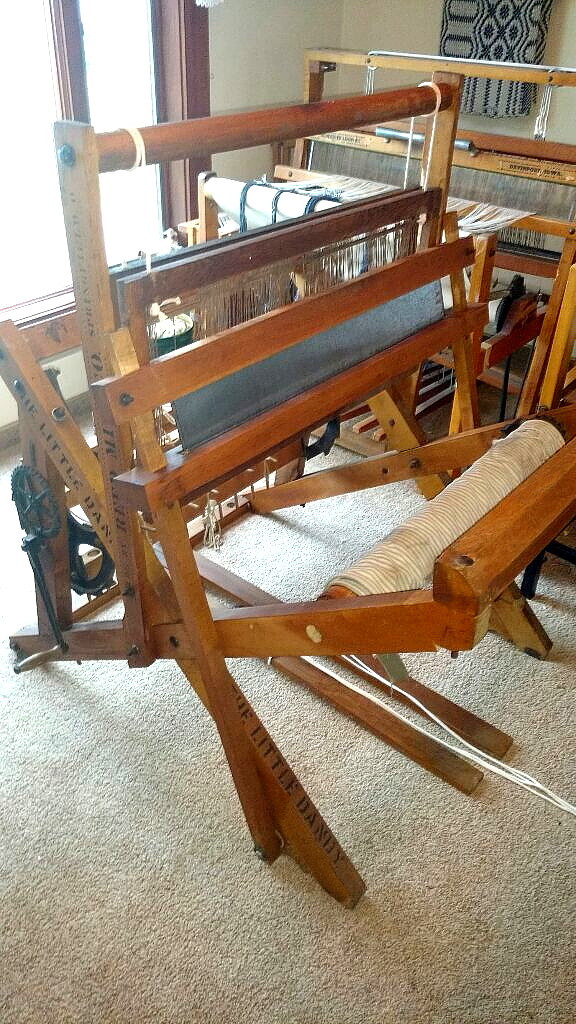 Of course, I had a supervising crew each step of the way..... 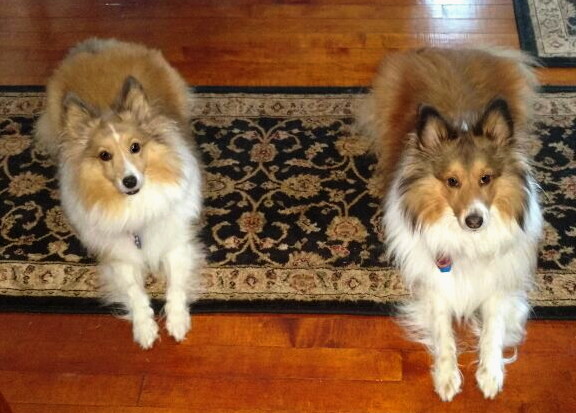 Posted by KarenInTheWoods at 7:00 PM