Everything OLD is NEW again

On a lovely Sunday morning, I was going through some of my photo files and realized that I could post about some of the old stuff we found in our house ... old things that we made new again!

When we looked at the house back in October, I saw a little rickety three legged table laying out under the back steps, destined to be tossed out.   Oh my.  I set it in the garage and hoped it would still be there when we closed on the house. 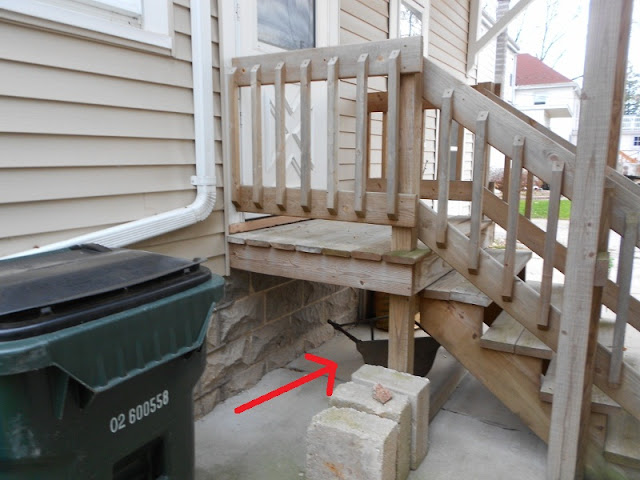 Prior to the closing, we had written a letter to the sellers, asking them to leave anything behind that they didn't want.  We would take care of reusing, recycling, repurposing or tossing anything out.   The table was still there after closing!   Wheeeeee I wiped it off and brought it in and set it in the front foyer.  It was cute with a little lamp on it, just enough light when going up and down the staircase without turning on the larger foyer light.  The more I looked at it, the more I liked it.  Last week I took it down to my workroom, glued and screwed and clamped it.  Then I stained and polyurathaned it.  Ahhhh that's much better! 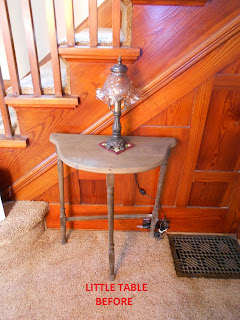 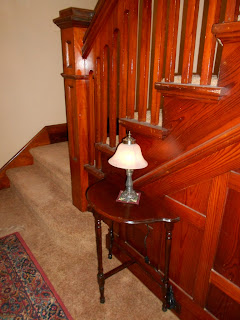 Another thing we saw in the house was a set of three large glass light shades that were in the basement on a shelf.  There was a fourth shade already up in the room I was going to use for fiber storage.  With glee, we saw all four of the old glass shades left behind after the closing too!

We bought new base fixtures to adhere to the ceilings in our hallways and in our master walk-in closet.  This way we had new wires and grounded base units, but we tossed the new shades that came with the bases into the Goodwill box.  We cleaned up the old glass shades, hung them from the bases, and put in large round clear vanity bulbs.  Voila.... a glittering light fixture with that 100 year old feel. 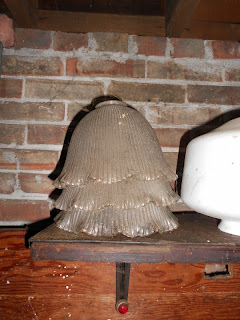 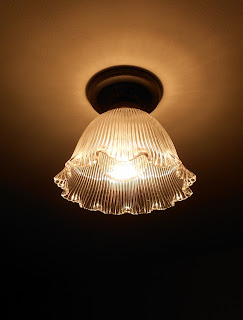 When one of the previous owner's daughters came over to visit, she mentioned she had a mirror that we might like to purchase.  She even delivered it to us!   It was very heavy and solid and it has a nice Craftsman/Mission theme. 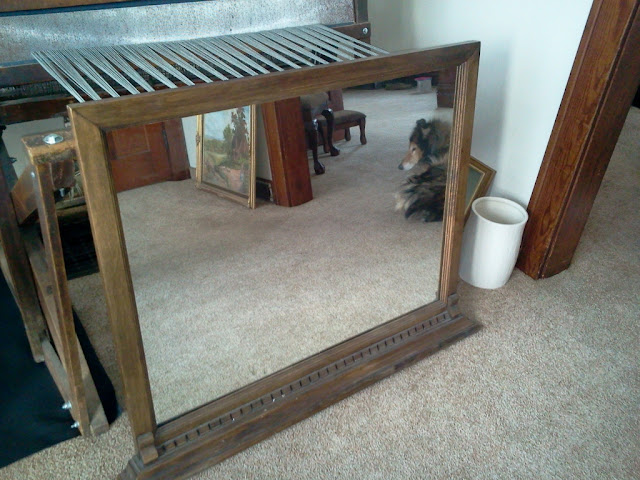 I added a coat of colored polyurethane (LOVE that stuff!)  and made it match our woodwork in the house.  At first we thought we wanted it over the dining buffet, but changed our minds.  It is now securely hung over the fireplace.  We rotated it for the base detail to be at the top  (later we are going to replace the faux fireplace with a gas log one) 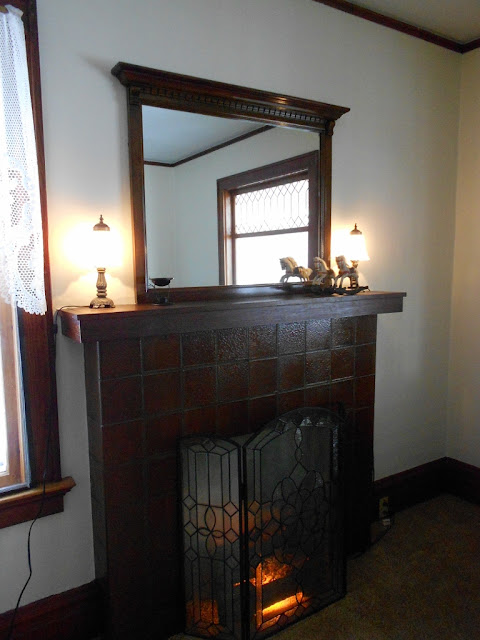 Around the house, some of the light switches had these old Bakelite surrounds.  We found 5 or 6 more out in the garage on the bench.  Cleaned them up and I put them around each switch as the guys rewired and put in new switches. I think they look really cool.... my daughter Erin thinks they look dumb.   I win.  Well----  It's my house, afterall.  LOL 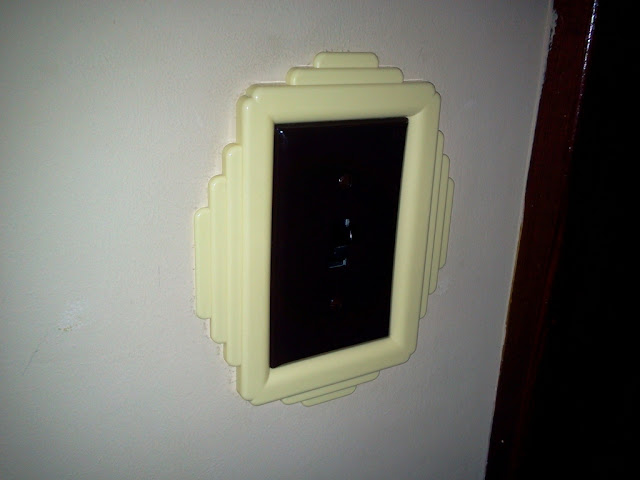 But my daughter Erin did do something really nice...  when she bought her old house, there was a painted tin sign in her kitchen.  I loved it.  All these years later, she dug it out and brought it to me as a housewarming present!  Here it is hung over my coffee station--- oh, and notice my newly painted old swivel towel rack from my last blog.  It was fake gold brass looking before.  It is adorned with two handwoven towels from two of my best buddies, Rosie and Linda. 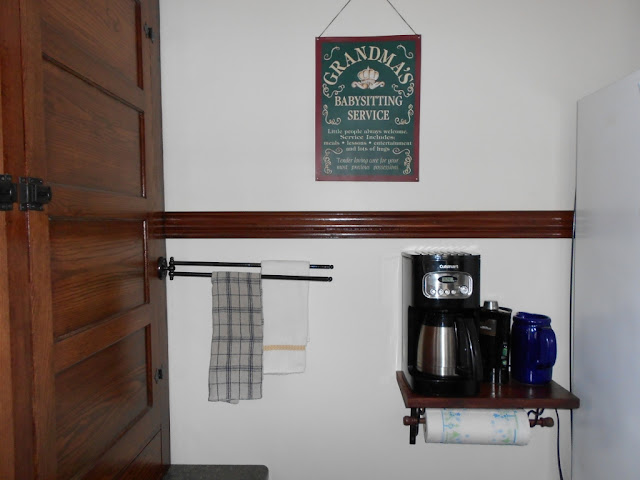 Posted by KarenInTheWoods at 9:39 AM